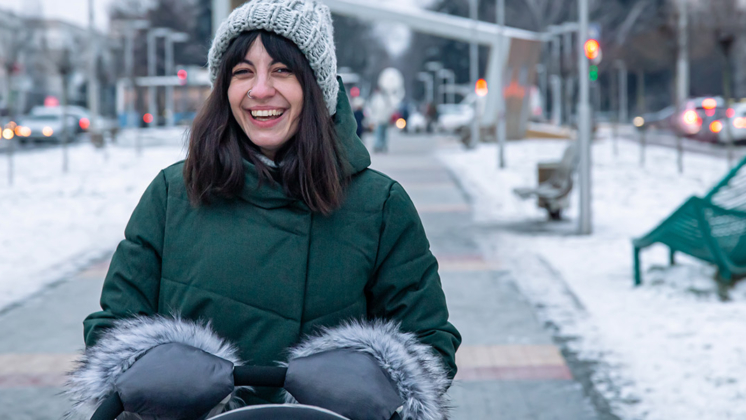 Ask a new mom what family members — think mother or mother-in-law — have said to her in the first terrifying and joyful months after birth, and she’ll recite comments chapter and verse, so indelibly are they etched on her brain.

“I can remember everything that hurt me or made me question myself,” says Elizabeth Robertson, mother of 19-month-old Stuart. My MIL’s innocent comments and questions made me feel like a flawed mom.

Out-of-control hormones, utter exhaustion, insecurity about taking on this new job with no training manual—it doesn’t matter. If you’re in the presence of your daughter or DIL and feel tempted to say or ask any of the following—even in jest—remember this: Uninvited advice and observations are rarely appreciated.

1. “You shouldn’t pick up the baby every time she cries.”

Why it stings: Since babies tend to cry when they’re hungry or wet—and are incapable of taking care of either of those two problems—this advice is just harsh. Your daughter or DIL needs reassurance that it’s okay to soothe a crying baby, which, let’s face it, will soothe her, too.

Plus, a responsive mother does not a spoiled or unsuccessful child make! If anything, it’ll lead to a more trusting relationship later on.

Why it stings: Let’s be honest: No one likes comments about carrying around extra weight. But an implicit comment about post-pregnancy weight (along with the new mom’s struggle to fit into clothes, have no time for make-up, and barely run a comb through her hair) is like saying: “My goodness, you’ve gotten frumpy and dumpy.”

Especially if you know that your daughter or DIL has had weight issues in the past, this is just cruel. The only thing “bitchy” about this comment is the person making it.

Why it stings: Maybe you nursed your children with ease, but breastfeeding can be a real struggle—in spite of a new mom’s best efforts.

“I had an emergency C-section and when I had trouble breastfeeding, I felt like a complete failure,” says Robertson, who later read an article stating that women who have Caesarians may indeed have greater problems initially than women who deliver vaginally. “I needed validation for my efforts, not a comparison to how easy it was for my MIL.”

Remember: Babies are resilient creatures, no matter how they’re fed. Their moms—not so resilient when their mothering techniques are called into question by a family member.

4. “Little girls are so much easier.”

Why it stings: Ouch for the boy—or girl—whose grandmother thinks this way—and has no qualms about telling you. Since most parents don’t generally select the sex of their child, this comment presupposes that your adult child has given birth to a less desirable creature.

No such thing! Ask mothers of boys AND girls and you’ll hear more about temperament than gender. Mothers and MILs: Zip it on differences and your personal preference.

5. “Letting your baby sleep in your bed invites a world of problems later on.”

Why it stings: People have strong opinions about co-sleeping as Gina Stark, 34, discovered when she let her firstborn sleep in the couple’s bed until the age of one. Her mother said she wasn’t teaching her baby independence which could negatively impact his abilities to succeed later in life.

“Because I was an inexperienced mom, I felt pressure to change the routine that felt most natural to me, “she says. ”I still feel bad about caving in.”

Bonus: The one thing your daughter-in-law can’t stand

You’re babysitting your grandson. He wants ice cream, but your daughter-in-law (DIL) gave you express instructions not to serve sweets before dinner. What do you say?

A) “Sorry, kiddo. No ice cream before dinner.”

B) “Sorry, kiddo. I would really love to give you ice cream, but your mom said no.”

If you answered A, congratulations! You passed the test.

The best way to avoid potential conflicts is to discuss rules with parents before beginning your childcare stint.

If you answered B, your DIL might become very angry. Instead of taking responsibility for disciplining your grandson, you made her out to be the bad guy. “It’s really a very manipulative thing to do,” says Deanna Brann, author of Reluctantly Related Revisited: Breaking Free of the Mother-in-Law/Daughter-in-Law Conflict. “What’s really going on is, the grandparent is not agreeing with the rule, so they manipulate the whole situation by blaming it on the parents.”

That blame doesn’t just anger your DIL — it shows grandchildren that mom and dad’s instructions are up for debate. “To the parent, it just feels like they’re being undermined, which they are,” says Brann.

Of course, the best way to avoid potential conflicts is to discuss rules with parents before beginning your childcare stint. “Sit down and talk about what the expectations are in advance,” says Brann. Express your views, but appreciate your children’s right to raise their kids as they wish, with guidelines they can expect to be followed.

“Both parents and grandparents should respect each other’s feelings in the process,” says Brann. Moving forward, cultivate a relationship that allows you to address future issues. “Make it okay for both sides to say, ‘I’m having a problem, let’s sit down and talk about it,’” adds Brann.

The one exception is safety. If mom’s rule says the kids can jump on the couch, but grandma thinks it’s dangerous — grandma wins. There’s no debate about immediate hazards.