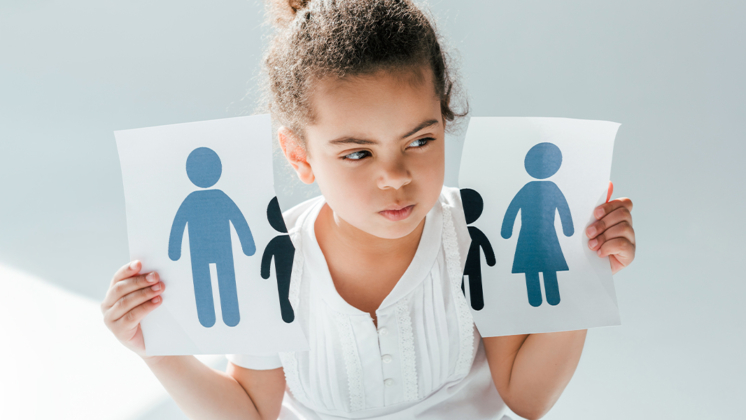 I often tell my clients that family trees don’t die in a divorce, they just split. Families whose kids come out on the other side of divorce happy and well-adjusted focus on giving their children strong roots; loving relationships with both parents, as well as loving bonds with their extended families.

Grandparents are among the most important branches that support kids after a family tree splits. While the thought of protecting grandparent visitation rights may seem warm and fuzzy, the origins of major family law changes that have taken place over the past two decades are rooted in a tragedy that forever changed the face of family law related to grandparents’ visitation rights.

The origin of grandparents’ visitation rights

The modern state of grandparents’ visitation rights dates back to the early 1990s, and centers around the two young daughters, Isabelle and Natalie, of unmarried parents in Washington State. When Isabelle and Natalie’s parents ended their relationship in 1991, their father Brad moved in with his parents, the Troxells. Given that Brad was staying with his parents, the girls got tons of grandma and grandpa time on the weekends Brad had visitation. Sadly, in May of 1993, Brad committed suicide and left the girls’ mother, Tommie, to raise Isabelle and Natalie on her own.

A 1993 lawsuit radically transformed the state of grandparents’ visitation rights in the U.S.

In the immediate aftermath of Brad’s death, Tommie ensured the Troxells they could continue to have a close and loving relationship with their granddaughters. However, by the fall of 1993, the daily trials and tribulations of life made frequent weekend visits difficult. Tommie informed the grandparents that she wished to limit overnight visits to one visit per month. In December of 1993, the Troxells sued Tommie for grandparent visitation rights in Washington Superior Court.

The lawsuit they brought forth to fight to see their granddaughters has radically transformed the state of grandparents’ visitation rights in the U.S. This case made it all the way to the Supreme Court of the United States of America (Troxel v. Granville, 530 U.S. 57 (2000)). The opinion was written by Justice Sandra Day O’Connor with Justices William Hubbs Rehnquist, Ruth Bader Ginsberg, and Stephen G. Breyer joining the plurality.

In its ruling, the Court determined that the Fourteenth Amendment’s Due Process Clause provides significant protection against government interference with certain fundamental rights and liberty interests, including parents’ fundamental right to make decisions concerning the care, custody, and control of their children.

When I first learned about Troxell v. Granville, my heart broke for both sides of this troubled family. As someone who grew up enjoying the regular love, comfort, and attention of all four of my doting grandparents, I hold the grandparent/grandchild relationship in the highest regard. The Troxels just lost their son. They must have been desperate to maintain their close relationship with Isabelle and Natalie, the only connection they had left to Brad.

It is also not difficult to see Tommie Granville’s side of the story either. Tommie was a single parent who just became an only parent. Gone was the support of her co-parent — no financial support from Brad, no logistical support with getting the children to their school or extracurricular activities, and no father to provide a strong role model for her girls.

If the Court finds that a child has at least one fit parent, grandparents generally do not have the right to court-ordered visitation.

Tommie Granville did not oppose visitation with Brad’s parents. Quite the opposite — she testified at Court that she wanted Isabelle and Natalie to regularly visit their paternal grandparents, but opposed the burdensome schedule demanded by the Troxels. Children grow up. Isabelle and Natalie would reach a stage of maturity where they want every other weekend sleepovers with their friends, not their grandparents.

After Troxel v. Granville, so long as the Court finds that a child has at least one fit and proper parent, grandparents generally do not have the right to court-ordered visitation with their grandchildren over the parent(s)’s objection. There are exceptions, and those exceptions vary by state.

If you want to spend time with your grandchildren, make sure that you are helpful to the parents, even when they don’t appreciate it. Remember: honey, not vinegar. Consider the following out-of-court options:

While grandparents’ rights are emotionally fraught, the benefits of attempting to balance time with extended family is important for kids, especially after their parents split. Make yourself available, and focus on being collaborative — not combative — with your grandchildren’s other parent (even if you are harboring strong feelings about his/her split with your child).

With some good juju and good luck, chances are you’ll be able to stay out of Court and stay focused on having fun with your grandchildren.