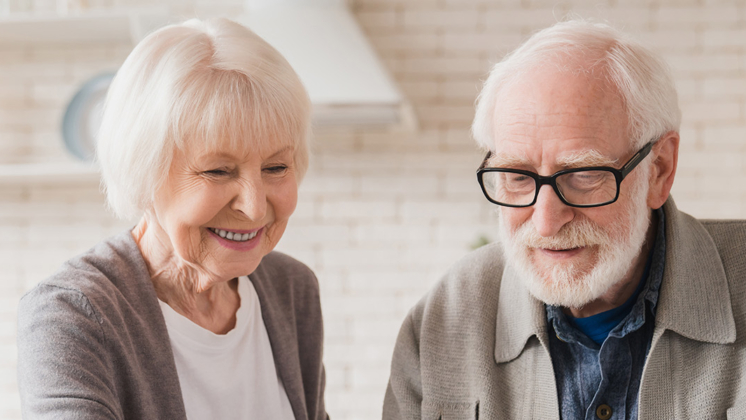 Despite our best intentions, many of the responses and pieces of advice adults have been giving children through the generations are either dismissive, patronizing, or just plain critical.

“It’s a natural reaction to make comments that you always made to your children and that your parents made to you; they get embedded in the family culture,” says Susan Newman, Ph.D., a social psychologist, parenting expert, and best-selling author. “In the last 20 to 30 years, we’ve learned a lot about the fallout from negative comments on child development.”

Here, we examine the most damaging comments nearly all of us heard growing up.

1. Great job! (to every little thing)

Sounds innocuous, right? How could praise be a bad thing? According to child psychologists, unwavering praise isn’t meaningful. “Empty praise just becomes white noise to children,” says Dr. Newman. Kids will learn to tune you out.

What to say: Instead of nonspecific praise, let children know that you notice and appreciate their efforts. “If you look at a drawing a child did, ask how they did it,” she suggests. “Say, ‘What made you use all those greens or blues?’ or ‘How did you get that tree to look so real?’ This encourages children to think about the process of learning and how they can improve.”

They’ll understand that they did a good job, which is more meaningful than your saying it, she says.

2. Stop crying/You’re not a baby anymore

If you see your grandkids regularly, you might lose patience if they have frequent teary outbursts, but crying is a healthy release that shouldn’t be stifled.

“Just like sweating is good when we’re exercising, crying is good when we feel bad,” says Barbara Greenberg, Ph.D., a parenting and family expert and a practicing clinical psychologist in Fairfield County, Connecticut. “There’s a lot to be learned from it.

What to say: Instead of demanding an end to the tears, ask them, “What are you hurt about?” or “What are you afraid of?,” she suggests. Often, explaining the source of the tears will be enough to stop a crying jag.

Insider tip: “If you see tears in a little girl, it’s usually anger. But when you see tears in little boys, it usually sadness. Girls are typically more concerned about people-pleasing so they don’t know what to do with their anger.”

3. He pulls your hair because he likes you

If little Chloe comes up to you and tells you that a boy in school pulls her hair, don’t dismiss the act as a sign of affection.

In that scenario, “the grandparent is accepting abuse as natural—it tells a child that it’s okay to act out, which of course it isn’t,” says Dr. Newman.

What to say: You can explain that her classmate may indeed like her and not know how to show it appropriately, she says. “You can say, ‘There are many better ways for your friend to be telling you that he likes you. He might share something in his lunch or ask you to play a game,'” she suggests.

4. You’re such a klutz/You’re so sensitive

Any label or name you give to children will infiltrate their subconscious and affect their opinion of themselves. You may think being klutzy is an endearing attribute, but you could inadvertently create a self-fulfilling prophesy, says Dr. Greenberg.

And with a comment like “Stop being so sensitive,” you are invalidating the child’s feelings. “Maybe the kid is reacting to something that was really negative, so being sensitive is the appropriate response,” she says.

What to do: If see little Sophia knock over a glass of juice or trip over her own feet, try to hold your tongue and be understanding.

“There should be room for kids to make errors,” she says. Reacting negatively to blunders creates a lot of anxiety and nervous kids. “It’s an anxiety builder and will damage your relationship.”

Similarly, derogatory nicknames—even when said with affection—create a negative self-image for children. “Just because you think it’s adorable and funny, your grandchild probably does not,” says Dr. Newman. “It shows a lack of respect for the child’s feelings, and can put a wedge between you and your grandchild.”

What to do: Look to your grandchildren’s response to the nicknames you bestow on them. If they don’t like it, you’ll know, and then it’s up to you to figure out a new term of endearment that doesn’t bother them.

6. Because I said so

It’s only natural to get frustrated when faced with a chorus of questions like, “Why do we have to eat these carrots?” and “Why do we have to wear pants?”. But leaning on the old refrain, “Because I said so,” isn’t just lazy — it also sends the message that your grandchild doesn’t deserve a real answer.

“It leaves a kid feeling devalued and can lead to a lot of negative feelings,” says Dr. Greenberg. Plus, rather than keeping your grandkids in line, your response may lead to misbehavior. “Kids will feel dismissed, so they will dismiss what you said.”

What to say: “Kids just need a simple explanation,” she says. If it’s a mature subject, like divorce, sex, or fighting, do you best give an age-appropriate answer. And if a brief response is still beyond your comfort level, you can always refer your grandkids to their parents for a full explanation.

Other variations include, “If you chew on your hair, you’ll choke” and “If you don’t stop, the police will take you to jail.” Whatever the subject matter, experts say scary threats have no place in a grandparent’s repertoire.

“Some children will laugh it off and say, ‘Grandma or grandpa you’re being ridiculous,'” says Dr. Newman. “Other children will internalize what you said and worry about it. There’s enough for children to worry about without adding unnecessary fears.”

What to do: Try to let their annoying behavior roll off your back. “Kids will be kids,” says Dr. Greenberg. “There’s no need to make an issue of everything—they are just playing!” Dr. Newman adds, “Your role is to be supportive and loving—you want your grandkids to turn to you if they ever need you.”

This is a tough trap to resist, because, truly, when were more gorgeous human beings ever created?… said every grandparent ever. Despite how much you believe in your statement, praising a child’s looks all the time sends the wrong value message.

“You’re saying that their outward appearance is more important than who they are inside,” says Dr. Newman.

What to say: You can still tell your grandkids that they look fantastic, but instead, fold your compliment into a question. Example: If your granddaughter gets dressed up for a party, ask her “Did you pick out that dress by yourself?” or “How did you decide to do your hair like that? It was a good choice!”, Dr. Newman suggests. “Get them thinking about more than just how good-looking they are.”

We certainly aren’t advocating that kids get a free pass on rudeness, but encouraging them to swallow their opinions can be a slippery slope. “Sometimes you have to say things that aren’t necessarily nice but aren’t mean either,” says Dr. Greenberg.

“Typically, this phrase is directed at females, that they should be quiet and be passive,” setting them up for the backseat, rather than the driver’s seat, of their lives.

What to say: If you hear them say something unkind, use it as a springboard to teach empathy, she recommends. “Ask them, ‘How do you think that person felt when you said that?’ and then, ‘How might you say it differently?'”

Teaching kids to be tactful and assertive will have the double-bonus effect of making them feel empowered, too, she says.

The 8 times grandparents need to intervene