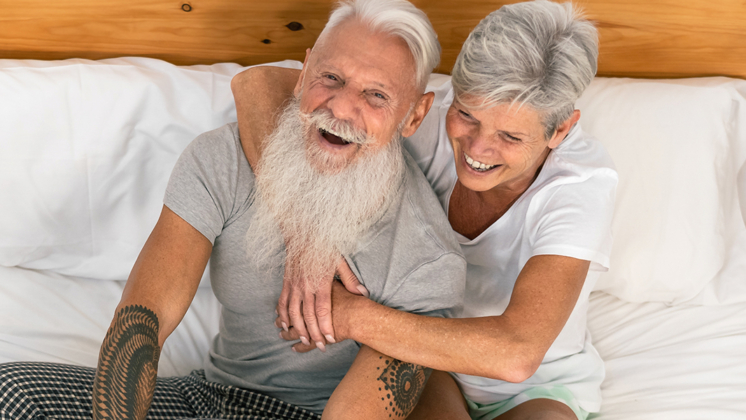 Women are more likely than men to be affected by age-related sex issues — challenges like hot flashes, night sweats, and vaginal dryness.

Now, a new study by the North American Menopause Society reveals a major reason for women having less sex as they age: the lack of a partner, most often because of widowhood.

The study looked at roughly 4,500 women in the United Kingdom who were enrolled in a trial for ovarian cancer screening. As the trial continued, the women reported having less sex and that it was less enjoyable over time.

Only 3% of participants described positive sexual experiences, whereas only 6% sought medical help for sexual problems, despite the availability of effective therapies, ScienceDaily.com reports.

Most studies look at the physical reasons for a decline in satisfactory sex during and after menopause (usually captured from a checklist of complaints). This one instead examined free-text data to try to understand why women feel the way they do about sex.

“Sexual health challenges are common in women as they age, and partner factors play a prominent role in women’s sexual activity and satisfaction, including the lack of a partner, sexual dysfunction of a partner, poor physical health of a partner, and relationship issues,” NAMS medical director Dr. Stephanie Faubion wrote.

And there are a variety of psychosocial factors that come into play, too: body-image concerns; self-confidence; and perceived desirability, stress, mood changes, and relationship issues. The study also cited how their partner’s physical condition, as well as their own health, played a major role.

The bottom line: Having an intimate partner with whom you share good physical health are key to sexual activity and satisfaction.