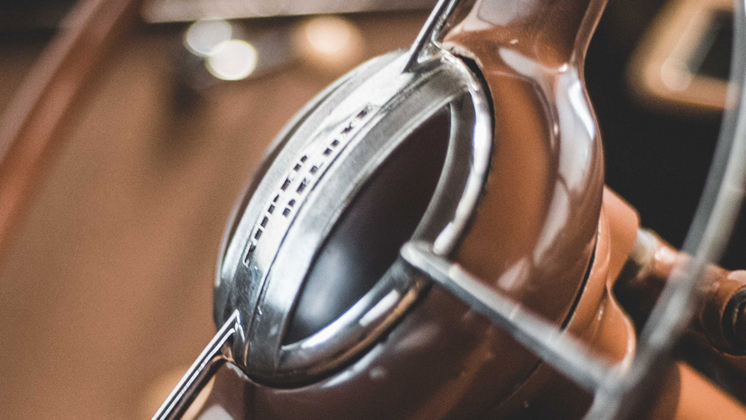 Children of the ’60s were born at a weird time. Culturally speaking, by the time you were truly aware of JFK’s assassination, the space race, the Civil Rights Movement, the counterculture, or the Beatles, they were over.

On the other hand, you vividly remember Watergate, the end of the Vietnam War, inflation, disco and the oil crisis. (In fact, you’re pretty sure you were on line for gas for all of 1973.) How many of these cultural and family touchstones do you identify with?

1. You don’t really identify with a particular generation

There’s a good chance you don’t think of yourself as a baby boomer, but you’re not exactly part of Gen X, either. It’s a strange place to be, because the media tends to ignore you. But the joke’s on them, because you and your peers have the power.

2. You had the Hamill

You had long hair, parted in the middle, until early 1976. Then, right after the Montreal Olympics, you, your sisters, and every other woman on Earth got ice skater Dorothy Hamill’s wedge. Or, at least you tried to (see photo). Sometimes, your ‘do just didn’t comply.03

3. Your idea of family was changing

While most households still included a mom and dad, plus a bunch of kids — you may have had three or four siblings yourself — families in your neighborhood were being upended.

The biggest change, though? For the first time in your life, whether it was your parents, your aunt and uncle or the Morgans down the block, someone you knew got divorced. Sure, it seems much more common now, but back then, it was new and weird and a little bit scary.

4. You shudder thinking about your wardrobe

Your childhood wardrobe came down to a handful of inescapable trends: corduroy, stripes, plaids, Toughskins, chucks, Keds, jumpers, and ludicrously large and detailed collars. Honestly, looking back at your class photos almost makes you grateful for the ‘80s. Almost.

5. Your Saturdays were pretty far out

You started Saturday mornings with a bowl of Life cereal and a marathon of Scooby-Doo, Josie and the Pussycats, H.R. Pufnstuf, The Flintstones, and a superhero show (The Fantastic Four, Super Friends, etc.). In good weather, you took off on your bike — a.k.a your ticket anywhere — to the park, the ball field, or the woods behind the church/school/your best friend’s house.

If you were stuck indoors — either by rain or the occasional super-blizzard — you passed time messing with your Weeble Wobbles, whipping up dessert in your Easy Bake Oven, listening to your Disney-heavy album collection, or gettin’ artsy with your sparkly, amazing Lite Brite.

Later that night, you’d dig into some Hamburger Helper and be shooed up to bed while your parents watched All in the Family. All in all, not a bad way to grow up.

6. Your parents were party animals (in a sense)

In the late ‘60s and early ‘70s, you didn’t have hyper-involved helicopter parents. Nope. Your parents — who had you in their teens or twenties — had lives.

They played cards, they had parties (which you secretly watched from the banister), and they went on dates, leaving you with your grandmother or young, questionably qualified babysitters. (Supervision wasn’t always your mom and dad’s strong point.)

Since your extended family lived pretty close — within a few miles of your house — a lot of your parents’ social calendar revolved around your aunts and uncles, who showed up at every holiday and most weekends en masse. You were close to your cousins, too, and wonder if families today have the same kinds of bonds. You hope they do.

7. You ate new and interesting foods

All you ever wanted in life was a TV dinner, with a Twinkie or Devil Dog as a dessert.

Oh, wait! Scratch that. All you ever wanted was to go to McDonald’s, where brand-new characters like Grimace and the Hamburglar could serve you two all-beef patties, special sauce, lettuce, cheese, pickles and onions on a sesame-seed bun (a.k.a. the Big Mac, which went nationwide in 1968). That Egg McMuffin thingamajig, which hit Mickey D’s in 1972, looked mighty tasty, too.

Oh, wait! That’s not right. All you ever wanted was a microwave oven, in which you could cook dinner quickly and … honestly, kind of poorly. But man, did they look cool.

8. You know Schoolhouse Rock! just as well as classic rock

Man, what a time for music! With psychedelia over and the Beatles disbanded, the early-to-mid ‘70s was an incredible era for experimentation (before disco redefined/wrecked everything).

Punk was born. Funk saw its glorious heyday. Black Sabbath pretty much invented heavy metal. Stevie Wonder released three classic albums in four years. In August of 1972, Elton John and the Rolling Stones dropped Honky Chateau and Exile on Main Street within a week of each other.

You may have been aware of that. More likely, you were still a kid, listening to the Mary Poppins soundtrack on vinyl or trying to get Schoolhouse Rock! out of your head. Hey, you may not know the collected works of David Bowie, but you’ll be darned if you can’t sing “Three is a Magic Number” from memory.

9. You understand your own grandparents a bit better now

In family pictures, you’re struck at how old your grandparents looked at the time. You’re approaching the same age now, and there’s a remarkable difference in the wrinkles, the hair, and even the way you carry yourself. Some of it’s genetics. Most of it is because you eat better, do less manual labor, protect yourself from the sun, and don’t smoke.

But, while browsing those photos makes you wish Nana and Pops had it a tiny bit easier, it also makes you think about their sacrifices. Each of those wrinkles gave you a new opportunity. And for that, you’ll always be grateful.