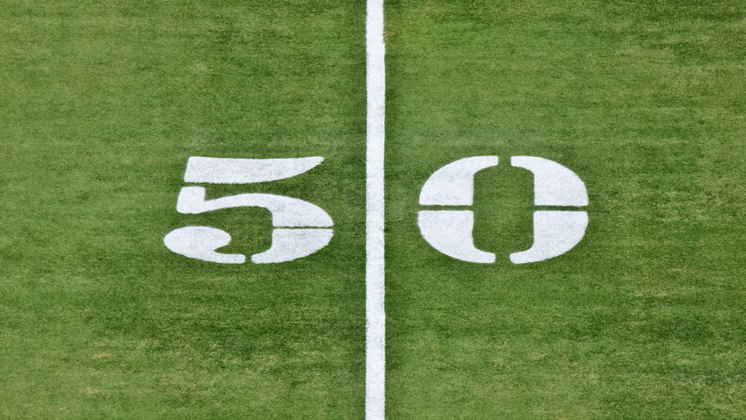 You’re definitely of a certain age if you ducked and covered and frequented five and dimes. How vividly do you remember these classic TV shows, iconic toys and political turning points?

1. You went to five and dimes

Forget the Dollar Store — you shopped at Woolworth’s. You bought candy, nuts, toy soldiers, makeup, hair clips, balloons, handkerchiefs — whatever childhood treasure you could afford with your precious nickels.

And after shopping, you sidled up to the lunch counter for the most delicious sandwich and fountain soda you’ve ever had. Try getting THAT at Wal-Mart.

2. You knew a lot of teen brides

Your 18-year-old sister might have been the first, but she definitely wasn’t the last teen bride you were close to. You had cousins, neighbors, and classmates who graduated high school and tied the knot within weeks. (Heck, maybe it was even you.)

It seems unthinkable these days, when the average age of newlywed women is around 27, but between 1950 and 1960, first-time wives averaged about 20 years old. And you know what? It seems like most of those people are still married.

3. The Bomb was the scariest thing, ever

Putin’s got nothing on Khrushchev. You know — you were there for the bad ol’ days of the Cold War, when the fear of Russia, communism, and all-out atomic Armageddon permeated your everyday life.

You probably remember your parents talking about Joe McCarthy and Sputnik, and you definitely remember duck and cover drills in school — as if hiding under your desk would protect you from nuclear fallout. Decades later, it seems almost silly…or does it?

Every Sunday night, you flipped on your parents’ (brand new!) black-and-white TV, cozied up on the couch with your family, and settled in for an hour of sheer, unadulterated entertainment, a.k.a The Ed Sullivan Show.

You loved the excitement of it all — the comedy, the groundbreaking musical acts (The Beatles, for pete’s sake!), and even Señor Wences. In fact, today, you can imitate Sullivan’s distinctive “really good sheeew” accent without thinking twice.

Of course, as years passed, you also watched Smothers Brothers, Shindig!, American Bandstand, and even Sonny and Cher, but nothing quite compared to Sullivan. S’allright? S’allright.

5. You played with unfussy, iconic toys

Every time your grandson’s teddy bear starts flashing lights and singing, you cringe. That’s because you know good toys should be simpler — starting points for activity and imagination — like the toys you grew up with: hula hoops, Play Doh, Mr. Potato Head, Etch-a-Sketch, and Lincoln Logs.

But take heart, Nana. There is hope. That American Girl doll is basically a pricier Chatty Cathy, and your granddaughter still wants an Easy Bake Oven. (Trust us.)

6. You listened to radio, and bought music on 45s

Whether it was Murray the K, Cousin Brucie, or good ol’ Dick Clark, radio DJs were your prophets of rock and roll. And when they endorsed the new Beatles or Ricky Nelson single, you didn’t wait for it to magically appear on your phone. Nope.

You went to the store and bought a 45 for $0.75 a pop. Then, you brought it home, played it to death, and stored it in your cool carrying case so — god forbid — it didn’t get scratched. Even today, the sound of skipped needles make you shiver a little inside.

7. Your food was real food, except when it wasn’t

On one hand, you grew up eating fresh, from-the-earth meals: You remember what strawberries are supposed to taste like and won’t settle for anything but honest-to-god ice cream (none of this “frozen dairy product” baloney).

Who knows? Your family’s milk might have even come from the milkman; in 1963 about 30% of U.S. homes received glass-bottle delivery.

On the other hand, you also came of age during the glory days of processed food. TV dinners, canned soda, and boxed cake mixes were part of your everyday diet, and — gasp! — you ate margarine because butter had the wrong kind of fat. (Whoops.)

Nowadays, you attempt to stick to real food. But try as you might, when Hamburger Helper calls, something deep within you must answer.

No, seriously. Your family smoked at the dinner table. At the supermarket. At work. (Can you imagine your coworkers lighting up today? Holy moly.)

In fact, when the surgeon general issued the Advisory Committee on Smoking and Health in 1964, more than half of American men and over one-third of women were habitual smokers.

How could they resist? You vividly remember ads with athletes, movie stars, and doctors — doctors! — encouraging you to take a drag. Heck, all the cool guys wore a pack of Luckies in their shirt sleeves (“LSMFT: Lucky Strike Means Fine Tobacco”). And even though it seems like everyone quit around 1992, get this: About 14% of Americans still smoke.

9. You remember where you were when…

You can describe each occasion in detail, down to the shoes you wore that day. And you know the only modern event to rival any of them was 9/11.

See Also: 15 sounds that will trigger instant memories if you’re over 50