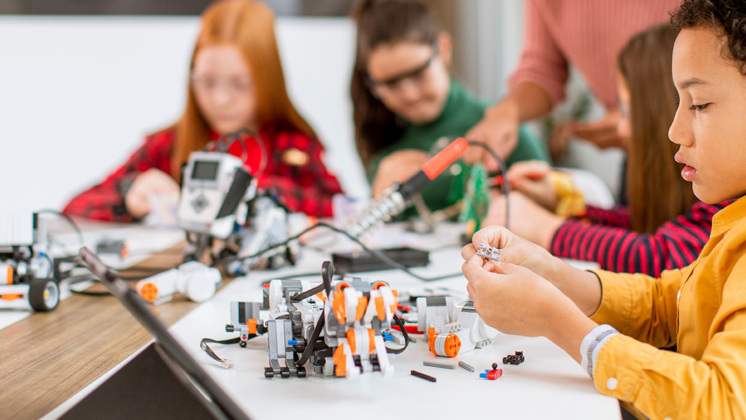 If a child forgets their homework and goes off to school, some parents would deliver the homework so their kid wouldn’t get penalized for not having it. And while this is a natural and loving response, it may not be the right one.

Research shows that going against that instinctive urge to lend a helping hand benefits children more in the long run.

Letting children fail is crucial to their success

Psychologist Wendy Grolnick has done extensive research on the topic of coddling children in their formative years. What she found was that children with controlling and overly helpful mothers were more likely to give up in the face of a challenging task for the fear they would not master it.

In one of her experiments, Grolnick invited mothers and children to play together and recorded the sessions on video. The psychologist made note of which mothers let kids figure things out for themselves while playing, and which mothers helped their children figure out what to do.

Then, Grolnick told the mothers to wait outside and and gave each child a task to perform on their own. The children with the helpful mothers gave up when the task got too challenging. However, the children with mothers who didn’t offer help were able to stick with the task, even amidst challenge and frustration.

Putting it into practice

Of course, this is great in theory, but in practice it can be exceedingly difficult to hold back and watch your children fail. However, teacher and author Jessica Lahey encourages forgoing short-term happiness for long-term competency and autonomy.

In her book The Gift of Failure, Lahey suggests that coddling and overpraising children leads them to “do the bare minimum required top get by; they never take up the gauntlet of challenging extra work and are reluctant to risk saying anything that might be wrong.”

“Do I want [my kids] to be happy now and not-scared and not-anxious, or, a year from now, do I hope that they pushed through being a-little-anxious and a little scared and became a little more competent?” Lahey told Quartz.

As a parent herself, Lahey knows how good it feels to rescue your child. It feels loving and nurturing whereas not helping out leads both the child and parent to suffer. However, according to Lahey and Grolnick, a bit of short-term struggling and failure leads to long-term success.

So, perhaps it’s worth making the effort to let kids figure things out themselves. Holding back when your child needs help doesn’t make you a bad parent — quite the contrary. Today’s failure is tomorrow’s success.