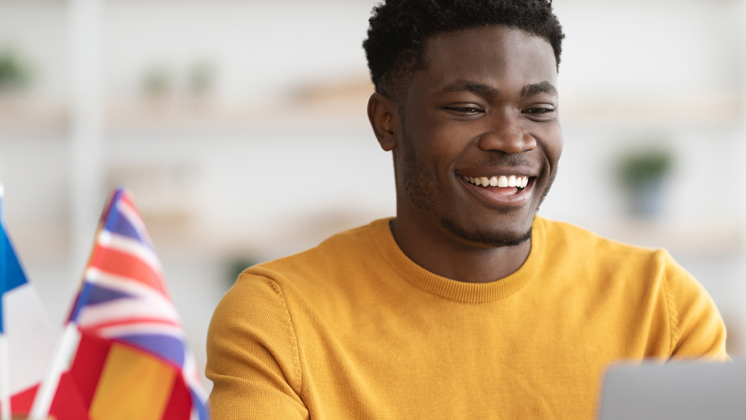 Language is always changing, and the words we use can give away our age. We tend to notice new words that the young’uns are using more than we notice when old words have gone out of style. Your grandparents didn’t notice how old-fashioned icebox or dungarees sounded.

These days, you may not notice that when you text LOL to a teenager, you may as well be saying “icebox.”

In her book Because Internet: Understanding the New Rules of Language, linguist Gretchen McCulloch explains how writing uppercase “LOL” instead of lowercase “lol” marks you as an internet old folk, as does using it to straightforwardly mean “laughing out loud.”

If you’re texting, using a modern phone or tablet or a computer to engage in modern communication technology, how could anything about that come off as old-fashioned? As McCulloch shows, when it comes to online communication, different generations use language quite differently.

The importance of subtext

The youngest online generation uses “lol” as social signal of wry or ironic amusement, or even passive aggression. It “indicates there’s a second layer of meaning to be found, telling the recipient to look beyond the literal words you’re saying.” In a message like “I have so much homework lol” there is no laughing going on, just a subtle request for empathy about a lousy state of affairs.

Your grandchildren might try to puzzle out what you’re really trying to say when you use an ellipsis, reading in layered meanings where there are none to be found.

Many of the differences between the generations who experienced life before the internet, and the current generation, which has never known a life without it, come down to the importance of subtext.

While many complaints about “the way kids communicate these days” assume that they have become less skilled with language, they have actually developed highly complex and nuanced strategies for conveying emotions, attitudes and layered meaning with the tools at their disposal.

The exclamation point, for example, something that would have seemed out of place in business correspondence in the written letter days, has become a politeness marker that adds warmth and friendliness to even formal messages. The period, which we learned to use as a neutral mark of a sentence end, can seem harsh and cold at the end of a text.

Because older people don’t have access to the intricate, layered attitudinal meanings that those who grew up online developed with each other, they can sometimes leave younger people wondering what they really mean. Older people tend to use the three dot ellipsis to simply let a thought trail off in a casual way (at the store…good tomatoes today…).

Younger people, who are used to vertically scrolling digital text, use a line break for this purpose. Three dots imply that something is being intentionally left out, usually in a flirtatious way. Your grandchildren might try to puzzle out what you’re really trying to say about the tomatoes, reading in layered meanings where there are none to be found.

If the bulk of your social development took place in the pre-internet days, you probably assume that there are some interpersonal cues that can only come through in person — facial expressions, gestures, tone of voice. Those who have grown up fully at home in the online social world take for granted that the meaning behind all of those cues can be portrayed in text.

This is done through something McCulloch calls “typographical tone of voice.” In addition to the subtle meanings conveyed by capital letters, spaces, breaks, exclamation points, asterisks, underscores, abbreviations and dashes, there are specific techniques like the “sarcasm tilde,” “lowercase lengthening,” and “sparkle enthusiasm,” not to mention the wide, multilayered world of emojis.

Because Internet is a patient, understanding guidebook to a new form of communication. It is as sympathetic to those who might feel left out of it as it is to those who created it.

There’s nothing wrong with seeming old online or acting young online. As McCulloch makes clear, it’s only natural: “Your experience of the internet and the language therein is shaped by who you were and who else was around at the time you joined.”

See Also: 11 grammar rules that changed since you were in school