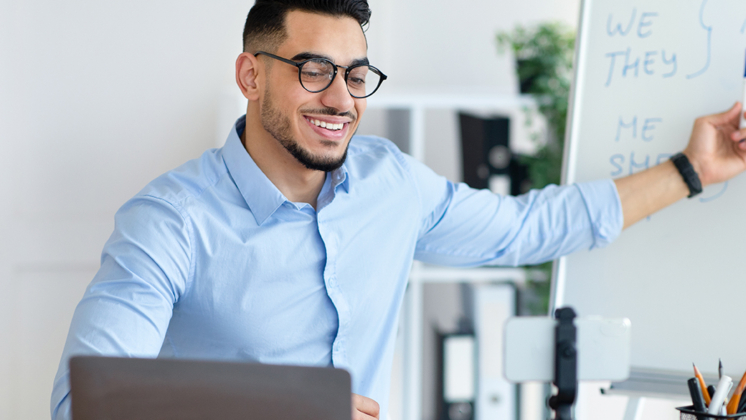 Back in the 19th century, some grammar teachers had a problem with the word reliable. It doesn’t properly fit the pattern of adjectives ending with –able. If you can be loved, you are lovable. If you can be persuaded, you are persuadable. So what can you be if you are reliable? Can you be relied? No, only relied upon. The word should be relyuponable, but that would be ridiculous. Use trustworthy instead.

Reliable has since been fully accepted by even the strictest of grammar teachers.

Language changes over time and, a bit more slowly, so do the rules we are taught in school. You don’t have to go as far back as the 19th century to find rules that have gone out of favor. Mistakes you may have been marked down for in the 1950s, ’60s, and ’70s may no longer be considered mistakes at all.

A good index of where some of the old rules stand can be found in Bryan Garner’s Garner’s Modern English Usage, now in its 4th edition. He gives over 1,000 pages of advice about best practices in English, but in cases where there is variation, he refrains from pronouncements like “this is terrible” or “never say this” and instead uses what he calls the Language-Change Index.

The Language-Change Index rates usages on a scale from 1 to 5. Stage 1 is for misspellings or mistakes that are generally rejected (comraderie for camaraderie). Stage 2 is for usages that have spread to more people but are still considered non-standard (baited breath for bated breath). Stage 3 items are “commonplace among many well-educated people but…still avoided in careful usage” (I better for I had better).

Stages 4 and 5 are where the rules really change. Stage 4 items are widely used by almost everyone except “a few linguistic stalwarts” (who for whom) and Stage 5 items are fully accepted by everyone except eccentrics (contact as a verb).

Garner himself is no anything-goes rule-breaker. He is a conservative traditionalist when it comes to language and says, “I abstain from Stage 4 usages. I would not want to be caught using something that I have labeled Stage 4.”

If you were educated in the 50s, 60s, and 70s, here are some usages that you may be surprised are fully Stage 5 acceptable now.

Now Acceptable: “None of them are mine.”

Were you ever corrected for saying “none of them are mine”? “No, dear. You must say ‘none of them is mine,’” you might hear your inner teacher say. No need to listen to that voice any more. None with a plural verb is standard.

Now Acceptable: “I graduated from the University of Iowa.”

Once it was the schools that did the graduating, not the students. A college graduated a student. A student was graduated from college. However, people have long placed the student in the active role. Students graduate from college. And now as a Stage 5 usage, the snootiest of professors agree.

More tortured prose has been created by people studiously trying to avoid splitting an infinitive than by people naturally doing what feels right — to simply split it. Split infinitives, “where they feel natural,” is now accepted at Stage 5. We are finally able to boldly go where our teachers once told us not to go.

Now Acceptable: “The reason why we took this trip is hard to explain.”

There was a time where if you wrote “the reason why” in a paper, it would be handed back to you with the why crossed out in red ink. Though the phrase had been used this way since the 13th century, some later schoolbooks argued that reason why was redundant, because a reason already implies a why. But it is a standard, acceptable, Stage 5 usage. The related “reason is because,” however, is still a Stage 4.

Now Acceptable: “There were over 400 applicants for the job.”

Over in the sense of more than has been used in English for 600 years (I have nought ylafte with me over two men), but got enshrined as a usage mistake by newspaper editors in the 19th century. Not only has it been deemed a Stage 5 acceptable use by Garner, the Associated Press officially changed their rule against it 2014.

Hopefully as a sentence adverb was traditionally considered to be wrong. It was taken to mean only “in a hopeful manner” (She stared at the roulette wheel hopefully), but many people used it to mean “I hope” (Hopefully, I won’t lose all my money). Garner places the colloquial use of hopefully at Stage 4, so he won’t use it personally, however, he concedes that once something is Stage 4 it is “inevitable” that it will advance to Stage 5. Also, the Associated Press already accepted it in their stylebook in 2012.

The original past tense of dive was dived. Dove was formed on analogy with pairs like drive-drove and strive-strove. Now, dove is a Stage 5 past tense and both dived and dove are considered correct.

8. “Whose” referring to things

Now Acceptable: “An idea whose time has come.”

There was a time you may have been scolded for using whose to refer to a thing or abstract notion rather than a person, as in “an idea whose time has come.” The alternative of which (an idea the time of which has come) is usually far too awkward, and so whose has passed into full acceptability.

Now Acceptable: “We didn’t used to be encouraged to write like this.”

It has been argued that since the did of didn’t used to already employs the past tense, the used doesn’t need to as well, so it should be didn’t use to. We don’t say didn’t had to, after all. But used to is an idiomatic phrase for a habitual practice, not the same sense of the verb use we are familiar with. Also the phrase didn’t used to be outnumbers didn’t use to be two to one in current usage. It’s a confident Stage 5.

Now Acceptable: “Go over the contract with a fine-tooth comb.”

Purists used to insist on “fine-toothed comb.” Now the fine-tooth comb has come into its own.

The word nauseous is supposed to mean inducing nausea, but it has become so commonly used to mean experiencing nausea, or nauseated, that it is hardly an error any more. Garner places the use of nauseous for nauseated at Stage 4, but the writing is on the wall. In 1940, the ratio of felt nauseated to felt nauseous was 9 to 1. Now it is 1 to 1.5. The language is living with nauseous and not feeling sick about it at all.

See Also: The most complex word in English is just three letters long