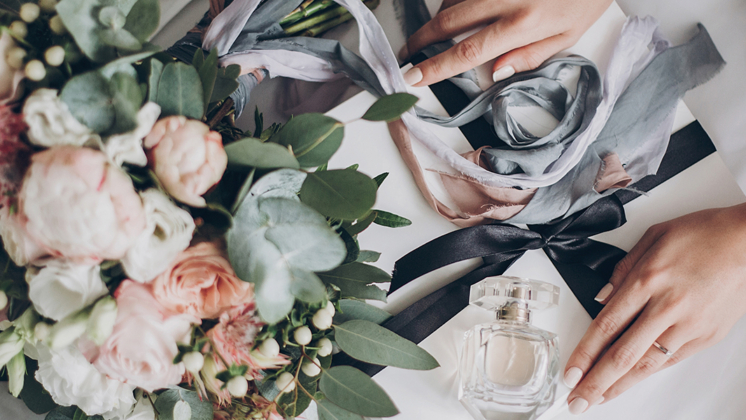 The day after Christmas a year ago, I joined my extended family in Chicago for a sunset walk around Millennium Park.

As we headed to the winter-blasted garden, I came upon a little chalkboard hanging from a post saying “#MaryandSteve12.26.2018,” illuminated by a suspended candle in a Mason jar.

I couldn’t help but follow the nearby trail of signs until lo and behold, I came upon a young couple smooching, surrounded by a small huddle of iPhone-toting photographer-friends.

The new world of weddings

Steve and Mary (congrats, you crazy kids!) were one of many couples getting officially paired up over the winter holidays. According to Wedding Wire, a whopping 40% of engagements transpire between November and February.

And what unfurls afterwards has been changing rapidly.

Millennial-aged couples are increasingly swapping traditional wedding practices for new ones shaped by social media and changing standards of etiquette, often leaving their parents surprised — and sometimes dismayed — in the process.

Not all younger folks are looking to mix things up, of course. But if you’ve got a recently engaged child, the following guide can help you get a handle on the new world of weddings that awaits you.

Or if you want a four-word summry, heed the words of Jason Tesauro, co-author of lifestyle guides The Modern Gentleman and The Modern Lover: “It’s not about you.”

The scene I witnessed in Chicago was reflective of what experts describe as a millennial ethos of couple-hood: clever, creative, and fully focused on social media.

“Today, getting engaged and married is all about putting the right photos of the big moment on Instagram or Snapchat,” says Oklahoma-based etiquette coach Carey Sue Vega.

A recent survey from wedding website TheKnot.com found that nearly two-thirds of millennial-aged brides had created a custom hashtag for their wedding; 28% updated their Facebook status within hours of the wedding.

Social media not your thing? Too bad.

“I field many calls from parents whose feelings are hurt because they weren’t the first to know the news,” says Vega, “They tell me, ‘People called to congratulate me because they saw photos on Facebook, and I didn’t even know the proposal was happening!’”

“Wedding planning used to be a mother-daughter adventure that left the groom completely out of the picture,” says Christine Haines Greenberg, owner of The Hive Wedding Collective, a wedding planning business in Richmond, Va. “But now grooms are happily involved in logistics, and design and vendor decisions. It’s their wedding too.”

According to a Brides American Wedding Survey, 97% of women said their partners were involved in planning their wedding — and a third said they were “very involved.”

As such, the Big Day is often an expression of the couple’s joint creativity and values.

“My daughter and I are very, very close, but from the second she got engaged, I have not been involved even a bit,” says Lisa (last name withheld), 59, whose daughter, 29, got engaged in November. “She and her fiancé are designing the invite, which won’t have our names on it, or those of his parents. But I’m sure we’ll all get a nice shout-out at the ceremony.”

They’ll help with the bill

If you’re the mother of the bride, good news: Millennial couples don’t necessarily think the bride’s family is responsible for wedding costs.

In fact, a recent survey from payment app Circle found that half of millennial-age folks expect to pay for their wedding themselves.

In reality, though, with the average U.S. wedding costing nearly $34,000, more often than not, everyone winds up chipping in.

“Mostly the bride’s parents contribute a large chunk to the wedding expenses while the groom’s parents will host the rehearsal dinner and pay for the honeymoon,” says Haines Greenberg.

Plenty of modern weddings are still classic black-tie fetes that start in a church and ends in a banquet hall.

“My daughter and I are very close, but from the second she got engaged, I have not been involved even a bit.”

But increasingly, those traditions are being replaced by new ones that include unconventional receptions venues and bridal party outfits that might include anything from mismatched skirts to sneakers.

“The younger generation isn’t afraid to buck tradition to better represent their beliefs,” explains Haines Greenberg. “They’ll avoid gender conformity by allowing any of their besties to stand by their side instead of the traditional ‘bridesmaid’ and ‘groomsmen’ roles. Don’t like cake? They’ll have an ice-cream sundae bar.”

That was the case for Brian (last name withheld), 64. “My daughter told me that they are planning to pay for the whole thing, but that will mean no open bar, no cake, and possibly a ceremony on a Friday instead of the weekend. My wife and I were adamant that we could help but they told us they’d rather have the money for travel.”

But, in the end, what matters more than the happy couple being, well, happy? Says Tesauro, “Protocol in a wedding really only matters if it matters to the bride and groom. The ceremony and reception aren’t the most important thing; the love affair’s present and future are.”

Says Vega: “We are not here to judge: If things are working for them and reflect their joy together, it’s OK not to follow Emily Post.”

Janet Siroto is a New York-based journalist and consumer-trends specialist whose work has been published in Vogue, Self, NextTribe, and many other national titles.