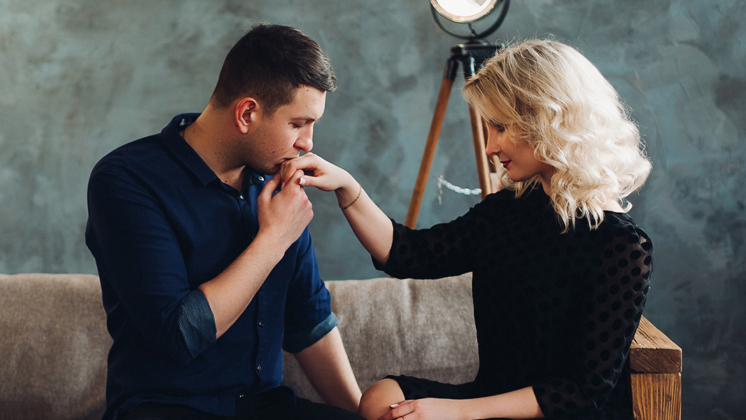 Etiquette is a practice that allows us to rub along with our fellow citizens in a way that feels courteous and civilized. But the rules have shifted over the years. Some practices once considered polite may now present as downright insulting. It’s hard to keep up with what is considered best practice.

Of course it depends on where you live, but here are a few old-fashioned rules that you can dispense with.

The race for gender equality has sped up in recent years, and this can lead to some confusion when it comes to the social interaction between men and women. While chivalry does not need to be jettisoned, it is important to respect boundaries. Where once this gesture was considered polite, it is now seen as a little creepy. In greeting a woman for the first time, simply offer your hand to shake. It puts the two of you on equal footing, which is where we all want to be.

2. Women remaining seated during an introduction

I don’t know about you, but when I was in school we had to stand when a teacher entered the classroom. It’s an action that’s ingrained in my brain, and now I always stand to greet someone entering a meeting of any kind. But it was once considered most polite for a woman to remain seated during an introduction. Today, though, remaining seated can come across as rude. It’s always best to stand to greet someone, unless standing is difficult for you.

3. Extending your hand in a “princess-like” manner

Ladies, ladies, ladies. You are not Elizabeth Bennett. As I just encouraged men to offer a handshake, I repeat this advice for you. Offering a limp-wristed hand is not feminine, it’s just outdated.

4. Calling adults your own age Mr. and Mrs.

In Europe, most adults are greeted by their first names with the exception of teachers. While there are certain circumstances in the U.S. where this is appropriate — talking to a generation above our own, for instance — for most social interactions, adults using first names with other adults is the way to go. This is especially true if the person you’re talking to is around your own age.

5. The man always pays for the meal

I’m going to receive letters about this one, but a man paying for the meal is an outdated practice. When women were mostly homemakers, of course a man — the person with an income — was expected to pay. Nowadays, going “Dutch” (splitting the check) is entirely appropriate, particularly when two equal parties have mutually agreed to a plan. However, it is also the case that whoever does the “inviting” is expected to pay. This can be negotiated at the time the check appears, but be aware that this is the expectation.

6. Men must open doors for women

This is a bit of a gray area. Obviously don’t let a door slam in someone’s face, but gentlemen: don’t feel the need to rush to open a door for a woman, either. Women have figured out the intricate hinge mechanism that opens a door and are perfectly capable of opening one for themselves. To be most polite, simply hold a door for the person entering or exiting behind you — and this applies to women, too. Think of it as a common courtesy rather than going out of your way to assist someone who doesn’t need assisting.

7. Keep your elbows off the table

This rule comes out of England in the middle ages, where dining was done on precariously balanced trestle tables. By resting your elbows on the table, you were at risk of tipping over the structure and ruining the meals of those around you. Those days are long gone, and resting your elbows on the table is no longer considered rude. In fact, leaning in towards the person you’re with, resting on your elbows, can signify your interest and attention.

8. Which side a man should walk on

Another rule coming out of ye olde England. Before plumbing was a thing, people in cities would throw their chamber pots out of the window and into the street. Nice. Chivalrous men would walk on the outside to protect their lady-friends from the shower of urine. Today though, with the advent of modern plumbing, there is no need for a man to walk on a particular side. I do, however, appreciate it when my boyfriend walks on the outside of the sidewalk, as this way I could use him as a human shield should a car mount the curb. But that’s just me.

The problem with beginning a letter with Sir or Madam in 2020 is that it’s assuming gender, which is something to consider. A simple fix is to address a letter “to whom it may concern.”

10. Toasting only with alcohol

Toasting with alcohol is a tradition rooted in superstition, dating back to the Ancient Greeks. But the rule that insists that those who do not drink must still raise aloft a glass containing alcohol needs to go. Toasting with juice or soda is totally fine. There are different reasons why people may be avoiding alcohol, but a celebratory toast is not the moment to open up that discussion.