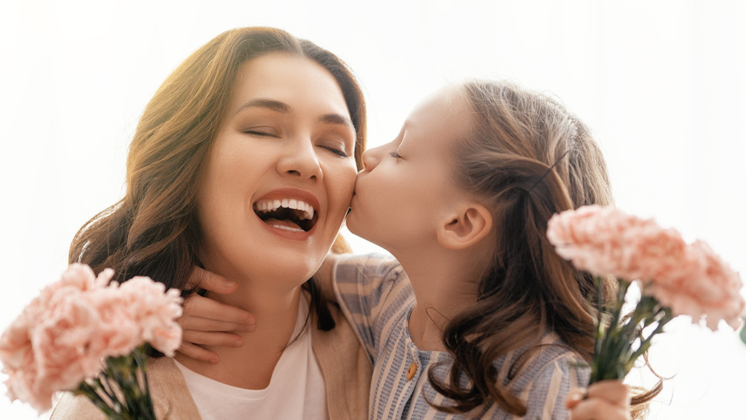 Your kids are grown and have kids of their own. You talk and text, and visit when you can. Sounds so simple. But the relationship we have with our grown kids who are parents themselves is anything but easy.

“For many grandparents, grandmothers in particular, they recognize their children have grown and have a family, yet they expect that the family system is going to remain the same, as in the family is going to keep doing the holidays like before, and their daughter is going to call every day like she always has, but that expectation is unrealistic,” says psychotherapist Deanna Brann, Ph.D., author of Reluctantly Related: Secrets to Getting Along with Your Mother-in-Law or Daughter-in-Law.

“When your children have children it changes the dynamic.” And with those changes can come some tensions where bad habits can form.

Recognize any of these?

1. Bad habit: Getting involved in your child’s marriage

You know the scenario: You don’t like the way your son-in-law speaks to your daughter, so you sit her down and talk to her about it. Or you notice your son and daughter-in-law are having money problems, bring it up to them over dinner, and end up getting into an argument. Big mistake. “As parents we want to try to solve problems, but it’s not your situation to fix,” says Dr. Brann. “Getting involved puts you in the middle of your kids’ marriage and creates tension for them, which is the last thing you want to do.”

“Remember that the grandkids are always watching,” says Dr. Brann. “We are their role models and want to show the proper behavior through our behavior, which means no yelling in arguments or making snide comments about one parent or the other.” As much as you want to help, this is something they need to do, so the best thing is sidestep the problems, letting your kids work them out for themselves.

2. Bad habit: Speaking before you think

Ask any grandparent and they are bound to tell you that there are things that absolutely drive them crazy about the way their grandkids are being raised, or about the way their kids choose to live their lives. As much as you want to speak your mind, refrain says Dr. Brann. You could say something that will only alienate your kids and make them feel like you don’t respect their parenting.

“Think about when you were raising your own kids,” says Dr. Brann. “Would you have wanted your mother or mother-in-law to have said something to you or your child? Probably not. Practice the 10-second rule before you are about to make comment or suggestion, and think for 10 seconds about whether or not that comment will be seen as helpful and productive, or accusatory and hurtful. If it’s the latter, keep your opinion to yourself.

You believe in time outs or taking away privileges, but your kids don’t. No matter how much you disagree with your grandchildren’s behavior, it’s not your job to discipline them. “Think of your family as a cake,” says Dr. Brann. “Grandparents are like the icing or the sprinkles, you are not the cake. We play an important role, but we are not the parents. The parents are the cake.” They get to call the shots.

Find out from your kids what they would like you to do if your grandchild misbehaves. What are their discipline rules? Once you learn what the rules are, stick to them even it it’s not what you would do.

“A lot of your relationship with your grandkids is based on how you interact with them,” says Dr. Brann. “If the kids are teenagers, texting, not talking on the phone is the way they communicate, so consider texting them to see how they are doing.” Think about the kinds of things your grandkids say and do, and try to engage them about those things. If you appear fun and lighthearted that will subtly work its way into how they feel about you, says Dr. Brann. “It’s hard, but sometimes you have to look at your own behavior and say to yourself, ‘Maybe I have to change.’”

Any time you criticize or offer your suggestion, you’re basically saying to your grown kids, “You’re not doing it right.” “Again, this is when you need the 10-second rule,” says Dr. Brann. Think before you say something, so you don’t find yourself defensive or on the outs.

“Unless you’re asked to give advice, don’t give any. And even when you’re asked, be careful,” says Dr. Brann. “Keep in mind that they may not necessarily follow what you suggest.” If your child does ask for advice, say something like,”I can see where this decision would be hard for you. All I can do is give you an idea of what I would do, but it might not apply to you guys.” Take full responsibility for your advice and make sure you phrase it in a way that won’t sound critical.

You live far away and can’t get to see the kids regularly, so you give up trying to keep up with them except for on holidays and birthdays. They seem too busy, and it makes you feel bad when the phone calls feel forced.

Start small, but stay involved. “There are things grandparents have to offer that are very valuable to children and grandchildren. We bring to the table perspective and understanding,” says Dr. Brann.”It’s important that we have some involvement, and it doesn’t have to be physical.” You can Skype, text, or send letters (all kids love mail!) to create your own relationship with your family. “It can be scary when we get on the phone and kids won’t talk, but don’t let it scare you,” she says. “Staying involved a little at a time builds consistency, and over time that will build a bond.”

Listen to the kinds of activities your grandkids do, and ask about them. When you are with them, try to engage in those activities. These things help your grandkids feel like you’re beginning to know them and build toward creating a stronger relationship.

See Also: 9 things you shouldn’t say to your grandkids