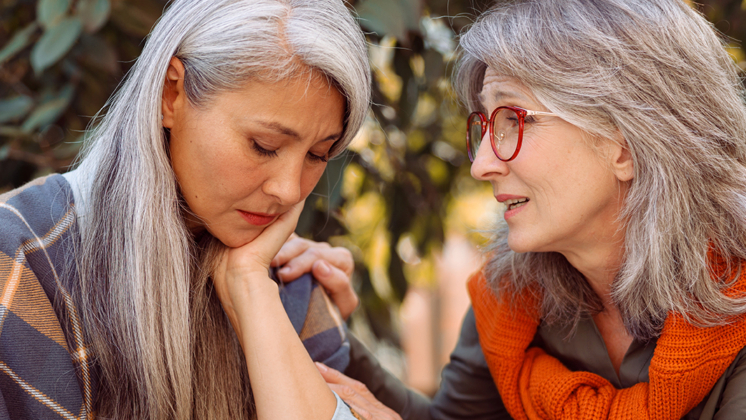 We’re all dying, every one of us.

But we learn early on that despite the fact our lives are universally finite, most people don’t want to talk about it.

That could be changing with the proliferation of so-called Death Cafes, informal get-togethers in cities across America, Europe and Asia, where people eat a little something, drink some coffee maybe and talk about, well, the inevitable.

The mission is to revamp typically depressing and urgent end-of-life discussions to more leisurely “Everything-I-Wanted-To-Know-About-Death-But-Was-Afraid-To-Ask.”

The conversation ranges, and depends on the group of people who’ve gathered: anything from how much a funeral costs to the details of a “green” funeral (think: corpse as compost) to tips on how to talk to your family members about your own funeral.

There’s a range of people who attend, too, from someone who had a death in the family and wants to be better prepared next time, to health care providers who want a different perspective on dealing with death. They range in age from 20-somethings to 90-somethings.

“Death Cafés change the way you live in the most profound and wonderful way.”
Kim Mooney
Hosts monthly Death Cafés in Colorado

The object: to turn death from a feared end to something that is part of life.

“Death Cafés change the way you live in the most profound and wonderful way,” says Kim Mooney, 67, who runs monthly meetings in Longmont, Colorado.

Mooney even held a few events in a mortuary. “I like to say it’s the only time you will walk in and walk out of one, so you might as well take advantage of it.”

Death café hosts tend to have a sense of humor.

If you want to confirm the popularity of the death positive movement, just go on social media. There’s The Death Café Facebook group, which lists times and dates of meeting and has more than 50,000 likes and followers.

Advocates say the meetings allow people a low-pressure way to express fears about the Great Unknown; to chat about the way other cultures handle death; and to share practical information, such as learning the nuts and bolts of filling out end-of-life forms.

Talking with strangers, hosts say, is often an easier way to broach the topic before launching a conversation about death with loved ones.

Lizzy Miles is a hospice social worker who hosted America’s first café in 2012 in Westerville, Ohio. She baked cookies in the shape of tombstones with grey icing and “Death Café” where the epitaph normally goes.

She is one of more than a 100 Death Café hosts in this country. She’s still hosting—and still making treats—for nearly a dozen people who show up each month.

“No one ever comes to a Death Café already uncomfortable talking about death,” she says. “If you are, you’re not going to come. We have a lot of sandwich generation people, who are taking care of their parents.”

Miles is so committed she even traveled to a Death Café in Hong Kong—“on my own dime!”—to see what it was like.

“It was amazing, people were speaking English and Mandarin and Cantonese,” she says. “And I thought ‘Oh my gosh, all these different languages. This is pretty cool but almost exactly the same.’”

Anyone can be a host, but there are guidelines. The Death Café website has a set of guidelines and Miles herself was a co-author on an article that included a list of dos and don’ts in the Omega Journal of Death and Dying:

Do: Allow a space for folks to share their ideas respectfully and openly.

Do: Offer the opportunity for everyone to speak but allow those who want to remain silent to do so.

“It wasn’t what I expected. It was more upbeat. It’s a fun thing to do if I have a free Saturday.”
Shellie Balogh
Attended a Death Café in Ohio

Miles and others believe that confronting our mortality will prompt us to the make the sorts of life changes that some folks do only when confronted with a fatal disease. Why wait?

Shellie Balogh, a 61-year-old hospice nurse attended one of Miles’ cafés in Ohio.

“It wasn’t what I expected; it was more upbeat,” she says. “It’s a fun thing to do if I have a free Saturday. You go and meet people you may never see again and just have this conversation, opening up this forbidden area of discussion.”

A midwife for dying

Suzanne O’Brien hosts a New York City group that meets at a public library on the Upper West side. She’s a nurse turned death doula.

Death doulas provide the same sort of bedside care, comfort and companionship that birth doulas offer to pregnant women at the other end of the life cycle.

Death doulas—part of this burgeoning “death-positive” movement—provide the same sort of bedside care, comfort and companionship that birth doulas offer to pregnant women but at the other end of the life cycle.

The physical: How do I make sure I’m comfortable during my dying hours. What do I want to happen to my body?

The financial: What forms do I need to fill out? Or how much money do I want to spend on a funeral versus, say, end-of-life care?

The emotional: How do we deal with potential regrets or forgiveness?

The mental: Reasoning and acceptance

The spiritual: How do beliefs about death inform the way we live.

One woman wanted to know how to donate her body to a medical school anatomy class. She also wanted to make sure her family would not be given the leftovers when the students are done picking her apart, something she had heard can happen.

She told the group: “I’d rather just be flushed.”

The idea of a group of a random community members chatting about death over refreshments was the brainchild of Swiss sociologist Bernard Crettaz. He launched a “Café Mortel” in 2004 in the lakeside town of Neuchâtel, Switzerland. A dozen mortal members attended.

The point, as he once told a reporter for the Independent, a British newspaper, was to remove death talk from its “tyrannical secrecy.”

The first cafe outside of Switzerland was held by John Underwood,  who hosted in his London basement in 2011. He’s given credit for helping the movement go global; he died last year, at the age of 44, from undiagnosed leukemia.

Today, there are death-with-food meetings in about 55 countries—including the U.K., Italy, Hong Kong, Finland, the Netherlands and New Zealand.

Those who are regulars say that while the subject matter is death, the meetings are not sad. Hosts emphasize that they are not grief support groups, more death-curious groups.

“It’s a misnomer to think it’s depressing,” she said. “Death Cafés are really about life.”

Shatzi Weisberger, an 88-year-old retired nurse from New York City is a regular, too.

“I was always especially interested in how we come into this world and how we leave it. When I got into my eighties, I got personally interested for my own edification.”

Last fall, she hosted her own “FUN-eral” (pronounced Funn-eral) in the common room of her apartment building. More than 100 attendees came to the event. It sounded like a macrabe-themed birthday but she said it was a death, not a birth, party. And a way to attend her own funeral.

She said she has planned her own green burial. “I’m going to be wrapped in a shroud and buried in the woods upstate and my body will deteriorate and something will grow.  I don’t know if it will be grass or flowers or a tree so I feel my dying is bringing life into the world. That’s not depressing at all.”