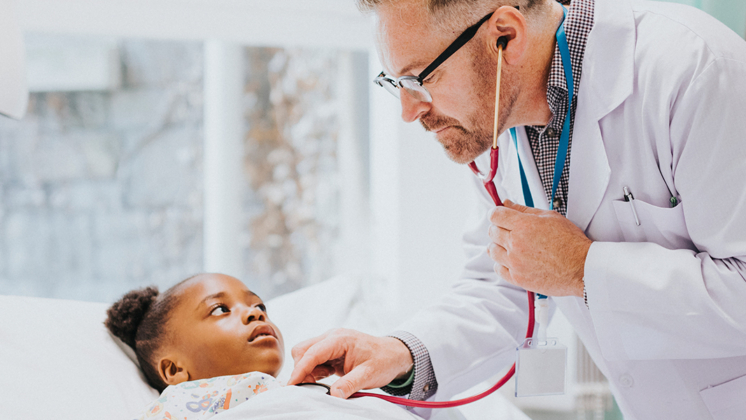 One in every five Americans now lives in a state with legal access to a medically assisted death. In theory, assisted dying laws allow patients with a terminal prognosis to hasten the end of their life, once their suffering has overcome any desire to live. While these laws may make the process of dying less painful for some, they don’t make it easier. Of the countries that have aid-in-dying laws, the U.S. has the most restrictive. Intended to reduce unnecessary suffering, the laws can sometimes have the opposite effect.

My work as a medical anthropologist explores the field of medicine from a cultural angle, focusing primarily on birth and death. Over the past four years, I’ve studied how access to a medically assisted death is transforming the ways Americans die. I have spent hundreds of hours accompanying patients, families and physicians on their road to an assisted death. And, I have witnessed some of these deaths firsthand.

This research has taught me one thing: An assisted death is not the path of least resistance. For many, it is the path of most resistance. Those who pursue it face a range of barriers, at a time when their health is rapidly declining. Some patients navigate these waters successfully and manage to secure the coveted bottle of life-ending medication. Others give in to the opposition or simply run out of time.

History of the laws

The country’s first right-to-die law, Oregon’s Death with Dignity Act (1994), came after a fierce, century-long struggle to give terminally ill patients access to some form of medical assistance in dying.

Legislators in Ohio and Iowa proposed the first two of these bills in 1906. Known as the “chloroform bills,” they envisioned the use of chloroform on fatally ill or injured patients to induce their death, but their terms were so flawed that they never saw the light of day. Other legislative bills — introduced in Nebraska in 1937, Florida in 1967 and Idaho in 1969 — met similar fates.

When a committee of lawyers, physicians and activists sat down to craft Oregon’s Death with Dignity Act in 1993, similar ballot initiatives had recently failed in Washington (1991) and California (1992). To appease vocal opposition, lawmakers laced the Oregon statute with a long list of restrictions and safeguards.

Unlike all previous proposals, the Oregon measure no longer allowed for euthanasia. That’s the act of injecting a patient with a lethal dose of narcotics. Under the law, patients would have to ingest the lethal dose themselves — a final protection meant to ensure the absolutely voluntary nature of their death. The act also introduced a 15-day waiting period between a patient’s first and second request, intended as a period of reflection.

It worked. Oregonians narrowly approved the measure, but a three-year legal stay prevented it from being enacted. In 1997, Oregonians reaffirmed their support for the act, and it became law. Since then, each state that has added an assisted dying law to their books has either followed the strict Oregon model or, in the case of Hawaii, added more constraints. Those include requiring a mandatory mental health exam and a 20-day waiting period in between requests.

The letter of the law

Unlike other countries that permit assisted dying, such as Canada, the Netherlands and Belgium, in the U.S. intolerable suffering and an incurable medical condition alone are not enough to qualify someone for an aided death. A patient must already be within six months of the end of their life — coinciding with the admission criteria for hospice. That means protracted degenerative diseases with open-ended prognoses like amyotrophic lateral sclerosis (ALS) don’t usually qualify, at least not until a patient’s breathing becomes severely compromised.

Every year, dozens of eligible patients who apply for an assisted death are so close to the end of their life that they die during the mandated waiting period. And by the time a patient becomes eligible for an assisted death, they may have missed the window when they are able to ingest the lethal medication. In contrast to their Canadian, Dutch and Belgian colleagues, American physicians cannot administer these drugs to their patients.

Lou Libby, a pulmonologist from Portland, Oregon, told me that the physical manifestations of many advanced neurodegenerative diseases bump up against this requirement. Again, consider ALS. Alongside their diminishing ability to breathe, patients with ALS almost always lose their ability to swallow.

“You have to be able to ingest the medication yourself. And here you have all these patients who can’t even swallow.”

As I learned during my research, the stress over their ability to swallow can provoke a great deal of anxiety in patients, particularly when it comes to correctly timing their death. Taking the medication too early means cutting short a life still worth living; waiting too long means possibly missing their chance. To have the kind of death they prefer, some patients choose to die earlier than they would have liked.

Despite popular backing for medical assistance in dying — seven in 10 Americans support it — the cultural stigma and moral ambivalence around these laws remain potent. Across the country, many religiously owned health systems decline to participate in their state’s assisted dying law.

In rural parts of Oregon and along the coastal corridor, where Catholic health systems often run the only hospital in town, patients routinely struggle to find two physicians who will approve their request, or a pharmacist who will fill their prescription. Many hospices refuse to cooperate with a patient’s desire to seek an assisted death, leading patients to feel abandoned. Many assisted living and nursing facilities still prohibit the practice under their roof, forcing patients to make alternative arrangements, sometimes at a nearby motel. In trying to reclaim control over the way they die, these patients often are being stripped of some of that control in the process.

Medical aid-in-dying will become an even bigger issue as baby boomers face the end of their lives. It is mainly older patients who want access to an assisted death. In Oregon, for example, nearly 80% of those who sought medical assistance in dying in 2018 were 65 or older. Boomers, as in many other aspects of their lives, likely will want more say over their deaths.

Assisted dying reframes how we, as a society, understand the potential of medicine, not as a way to extend life but to mitigate the process of dying. Patients who endure intractable, painful diseases sometimes reach a moment when the prospect of staying alive feels worse than the prospect of dying. At that point, the idea of having a say over the timing and manner of their death can bring enormous comfort. But few are aware of all the hurdles they must clear to exercise this kind of control.

Anita Hannig is Associate Professor of Anthropology, Brandeis University. This article is republished from The Conversation under a Creative Commons license. Read the original article.