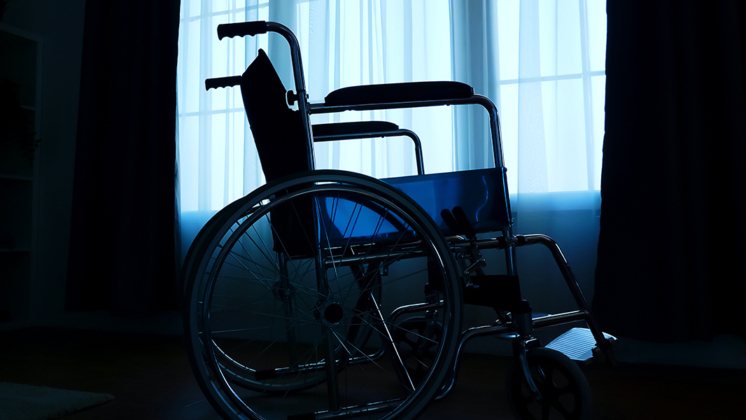 Alma and Richard Shaver were married for 60 years before she lost her mind to Alzheimer’s and he lost his to the knowledge that he probably couldn’t take care of her any longer.

At least, that’s my take on it. In a widely shared New York Times story by Corina Knoll, the Shavers’ daughters said that their parents’ murder-suicide in New Jersey last spring was a testament — albeit a disturbing one — to their father’s love and devotion to his cherished wife. He repeatedly refused their offers of help, probably believing that no one could care for his Alma the way he could.

Truth is, we will all fill in the missing details as it suits our own agenda.

There is a whole lot to be unpacked in this story and I suppose without Richard Shaver around to tell us, we will never really know about it all. Was it his cancer diagnosis and his own inevitable death that pushed him to kill his wife and then himself? Was it the grim realization that their life together would never recover from her dementia?

Or was it just plain old exhaustion from years of accommodating her steady decline, and losing the woman he so dearly loved in small pieces?

Truth is, we will all fill in the missing details as it suits our own agenda. For me, I want their story to mean something bigger.

First, I want their story to trigger national outrage about the excruciating toll family caregiving in America takes. I want people to be embarrassed by the lack of support and assistance caregivers here get compared to other countries. I want a greater understanding that if it hasn’t already happened, it will soon be your turn at the caregiving plate so you damn well better be paying attention.

I also want people to truly understand what family caregiving looks like, and why the stress caregivers feel is so relentless.

I want people to truly understand what family caregiving looks like, and why the stress caregivers feel is so relentless.

Basically, take your already full and busy life and make room for doing things like driving to doctors, making stops at the pharmacy, cooking, cleaning and dressing your patient, and be sure to learn how to do things like dress wounds, handle catheters, test blood for glucose and clean out ports. Ports are holes in your patient’s body where things like the chemo drugs go or how the kidney dialysis is delivered.

And no, you never get used to it.

I also want it acknowledged that of all family caregivers, Alzheimer’s caregivers like Richard Shaver have it the hardest. An often-cited 1999 study from Stanford University says they are the caregiving group most likely to die before their patients — a whopping 40% of them.

The study is old but the reason why is easy: Stress kills. Alzheimer’s caregivers are the Navy Seals of the caregiving world and I tip my hat to them.

I also want the Shavers’ story to be seen as evidence of our broken health-care system, where we allow suffering to linger, reject assisted-suicide, and train our doctors to chase life at all costs. We humanely end the lives of our terminally ill pets, yet have no means to end the suffering of our struggling parents and spouses.

I blame doctors, who are schooled to preserve life at all costs, which often results in medical interventions that merely prolong death. On average, the total instruction on death and dying for medical students is just 17 hours in the four-year curriculum, according to a government study.

The Shavers’ story also raised some important questions about nursing homes. As a nation, how do we live with ourselves knowing what we know about their condition? Many are so awful that we can’t even visit our loved ones there without gagging. How can anyone trust the care they provide when they can’t even get the basics right? Report after report has documented the falls, the spills, the bedsores that come when patients aren’t turned often enough. Stimulation and quality of life — often there is none.

My idea of a nightmare was when Human Rights Watch found that nursing homes regularly gave residents antipsychotic drugs to control their behavior — aka, “chemical restraints.” Is there any doubt why Richard Shaver did not want his precious Alma to wind up in a place like that?

And then, of course, there is the elephant in the room: Whatever happened to that long-ago promise of prevention — if not an outright cure — of Alzheimer’s by 2025? Isn’t that just around the corner?

A full 50% of people over 85 in America suffer from Alzheimer’s or another form of dementia and somebody, somewhere is taking care of them. In each case, there will come a point where they require 24-hour care and supervision. Their needs will grow even though they no longer recognize you. It will be beyond hard. It will feel impossible.

The Times story had more than 1200 comments as of Wednesday. “We need to expand advanced health care directives to include situations such as this,” wrote one reader. “This is yet another American healthcare saga that makes me proud to be Canadian,” wrote another.

One common refrain in those 1200 comments: this is a conversation our country can no longer avoid. And in 2020, we’re going to spend a good amount of time here on Considerable trying to amplify smart ideas that could help ease the pain.

I have just one request: Can we please let Alma and Richard Shaver’s deaths matter?