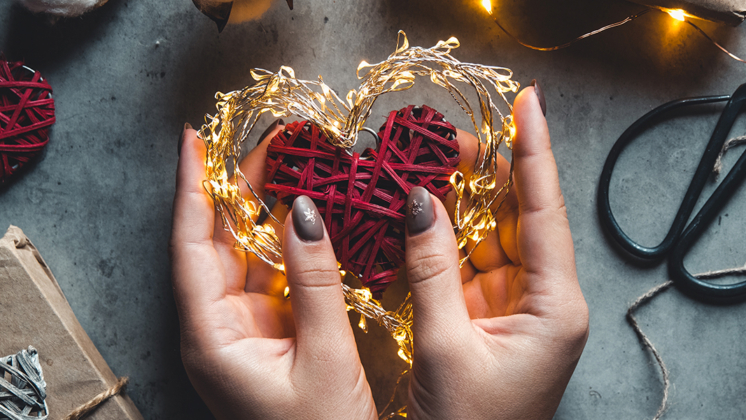 Yesterday, people all over the U.S. began receiving strange text messages that made no sense. The messages were out-of-context and irrelevant, and the receivers began wondering where the messages were coming from.

It turns out, these messages were supposed to be delivered this past Valentine’s Day, and were majorly delayed.

The delayed messages were both sent from and received by iPhone and Android devices, and happened across all major U.S. carriers.

This situation was confusing and awkward for some, and distressing for others. The confusing part was the randomness of all the out-of-context messages. The situation got more awkward for people receiving Valentine’s Day messages from ex-partners.

Then came the more unfortunate and highly distressing aspect of it all: According to The Verge, some people reported that they had received messaged from loved ones who had passed away.

One person received a message from a dead ex-boyfriend and another from a best friend who had died a couple of months ago. “It was a punch in the gut,” the grieving recipient told The Verge. “Honestly I thought I was dreaming and for a second I thought she was still here. The last few months haven’t been easy and just when I thought I was getting some type of closure this just ripped open a new hole.”

Some messages were harmless, though still confusing, saying things like “can you open the door?” (from a parent who wasn’t anywhere nearby) and “Happy Valentines Day!” (from a current spouse who appeared to be extremely disoriented, as it is November).

So what exactly was the cause of this hapless miscommunication? T-Mobile told HuffPost that it was “aware” of the situation, calling it a “third-party vendor issue” that affected multiple networks. Meanwhile, a Sprint spokesperson told The Verge that a “maintenance update” caused the old messages to come through.

It turns out that this was the root of the problem: Syniverse ended up taking full responsibility for the glitch, telling HuffPost: “During an internal maintenance cycle last night, 168,149 previously undelivered text messages were inadvertently sent to multiple mobile operators’ subscribers.”

In the same statement, Syniverse’s chief marketing and product officer, William Hurley, apologized to anyone who was impacted by the occurrence, and noted that the company is in the process of reviewing their internal procedures to ensure this does not happen again.