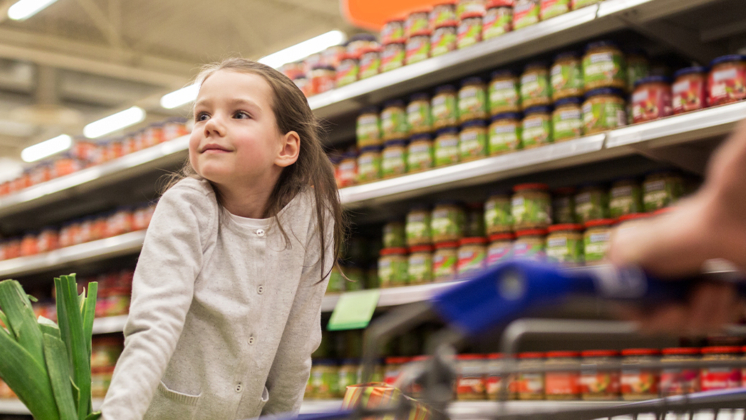 We recently published a gift guide featuring fun experiences to share with your family. Food shopping with a small child didn’t exactly make our list. Luckily, one grocery store has created a game to occupy the little ones while you shop.

Trader Joe’s, or “the land of snacks” as a friend of mine once described it, is known for its irreverent product names and whimsical packaging. So it should come as no surprise that the chain is running a secret scavenger hunt for kids in almost every store.

Each day an employee takes a stuffed animal and hides it somewhere in the store. Any child who finds it, is presented with a special treat, like a lollipop.

When you check on the stuffed animals at Trader Joe's like you would an elderly neighbor. #allok pic.twitter.com/bnG8Zof1lw

According to a Trader Joe’s manager, “Each store has a stuffed animal of some sort hiding somewhere. It’s really just for kids to run around and find the missing animal, and they get a treat. Kids seem to LOVE it and parents go along with it too.”

Not every store participates, and in the stores that do the stuffed animal can take many forms. Some stores hide monkeys, while others use lobsters, penguins or even a cougar. A branch in Santa Fe has a prairie dog named Diggy. In Buffalo, the stuffed animal is named Buffalo Joe.

Annie found the stuffed whale at #traderjoes and won a lollipop. I was so clueless that I was going around the store trying to find the child who lost it. #traderjoesstuffedanimal

A scavenger hunt and candy? Grocery shopping just became your grandchild’s favorite pastime. While you’re there, don’t forget to grab a pint of the most delicious ice cream of all time, the Maple Ginger Cookie Swirl. You can thank me later on that one.