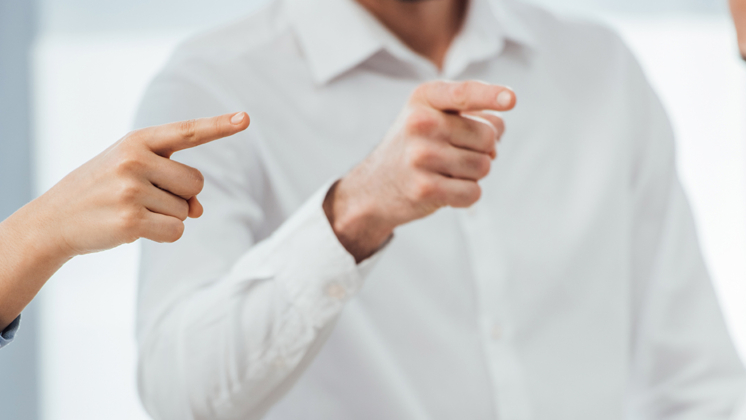 There’s a lot of mad nattering about generations these days, so much trying to define and label who and what we are based on our birth years.

Think about that for a minute.

Intellectual steam is being wasted on the effort to sort and name entire generations into easy, neat definitions. Millions of people, who just happen to be in a rough and rather large ballpark in terms of age, discussed and possibly dismissed based on a small and tidy string of words.

Gen Z can’t look up from their phones. Millennials are lazy. Gen Xers are slackers. Boomers are selfish. The Greatest Generation has helpfully given us their definition.

Those characterizations were thrown up by Google in seconds of searching (except for the last one, which I didn’t need to search because they’re so helpful).

How is this generation conversation relevant? Why is it so popular? Is it competition, some sort of social science sport? Must we all be on a team?

Our team is better than yours!

Your team left a mess in the clubhouse and now we have to clean it up!

Are we petulant children? Whiny, self-involved, competitive brats, every one of us, regardless of our birth year?

Each generation, no matter what they name themselves or what their grandchildren call them, will be filled with the full blown array of humanity.

Here’s my opinion — it’s an arbitrary construct, created to make the sorters feel better about their ability to explain the world. Look up the years for each generation. You’ll get various answers. For instance, I was born in 1964 and, depending on your source, I am the very last baby boomer, end of the line, opening the door for the next generation to clean up our mess and generally complain.

Or, I’m on the front line of Gen X, marching up to the last boomer and telling him to get gone, it’s my turn now.

Which is it? Am I selfish or am I a slacker? Another quick search yielded the profound information that boomers are ‘team players.’ And Gen X? ‘Team players,’ surprise. So, you’ll want me on your team, either way.

What about the Silent Generation — have you heard of them? I haven’t, probably because they’re so damned quiet. They were born between the Greatest and the boomers and they gave us Martin Luther King, Bob Fosse, Bob Dylan, Muhammed Ali, Woody Allen, Gloria Steinem, Sandra Day O’Connor, Noam Chomsky, Shirley MacLaine — I could go on. They’re just so quiet, though. Who knew they were there?

And what of all those generations before the Greatest? I understand that we speak of the ‘six living generations,’ but why? What was W.E.B. Du Bois’ generation, for instance? Or Cotton Mather’s? Amelia Earhart? Sojourner Truth? Pocahontas? What meaning can there be in this conversation if it is limited to an arbitrary block of time?

And should we talk about the fact that every generation, from little Pearl born this morning stretching all the way back to the dark ages, is populated by humans? Actual autonomous, unique, and exquisitely complex human animals brimming with messy things like free will and mischief.

Therefore, each generation, no matter what they name themselves or what their grandchildren call them, will be filled with the full blown array of humanity. Hardworking team players and lazy slackers. Geniuses and fools, kings and criminals (and some who are both), the epic and the foul. Every fathomable permutation of humanity will be found somewhere in each generation, without question.

Humans react to the world in which they find themselves, not the one that the previous generation ‘left’ for them — that generation was trying to figure out their own world. A world that, with the steroidal growth of industry and technology, has changed infinitely with each generational leap. We, poor copies of angels, are just trying to keep up.

Some generations rise in wartime, some during a long peace. Some suffer natural disasters and some endure economic downturn. These dramas lie outside of our individual power to change or predict and our reaction may create the illusion of a ‘generational’ trait or tendency.

But the reaction isn’t because I’m a boomer or you’re a millennial, it’s because post-war prosperity allowed, finally, for effective agitation on civil rights or 21st century technology is allowing for a new global perspective.

It’s because of what the television yells at us or how we are manipulated by politics and markets. And, of course, it’s because free-will filled humans will react in their own unpredictable way. If you want to explain humans, study history, not boxes of same-age humans. That’s a science experiment from hell — just look at American high schools.

Everyone is, to some extent, a product of their time and place. In the words of the brilliant William Carlos Williams, “The pure products of America go crazy.” (And, whatever your generation, go read the poem right now — “To Elsie” — it’s worth your time).

But everyone is also a product of the spicy stew of humanness that we’ve been steeped in forever, the stuff that breeds the crazy and the genius, the mediocre and the moderate.

Parents have been lamenting “kids today!” since the dawn of parenthood, while youngsters have been questioning the relevance of their elders.

Perhaps this frantic parsing of the idea of generation is more about the human propensity for naming. If we name something, we can more easily talk about it and give ourselves the illusion of control and understanding. But it’s too big, too messy — these generation boxes are filled with humans, remember?

Each generation has its winners and losers, its saints and sinners, each is its own freak show parade of humanity in fresh clothes with new slogans and products. Each develops in reaction to its moment in history and the world placed upon its plate. But underneath? It’s the same story.

History, herstory — parents have been lamenting “kids today!” with sighs and eye rolls since the dawn of parenthood. Youngsters have been questioning the sanity and relevance of their elders. It’s the way of the fickle internal human landscape. And these youngsters and oldsters pointing fingers and blame at each other are often members of the same ‘generation’!

So could we please stop these endless rounds of generation battles? There are slacker boomers and old soul millennials. Silent Generation members made a noise that still reverberates and some of the Greatest are lazy bad guys.

Perhaps I’m a curmudgeon, a crank. Perhaps I’ve run out of patience or humor. Perhaps this is because I’m a boomer (or Gen X), but I really can’t bear to hear one more comment about how people are whatever they are because of their generation. It’s starting to strike me as lazy summary at best and nasty stereotyping at worst.

In short, I’m the last boomer and that means exactly nothing.

Lisa Renee is a poet and essayist living near a big lake in New York. You can find her writing on Medium, and in Exposition Review, HuffPost Australia, Linden Avenue Literary Journal, and Eastern Iowa Review. She is also managing editor of nonfiction at daCunha.