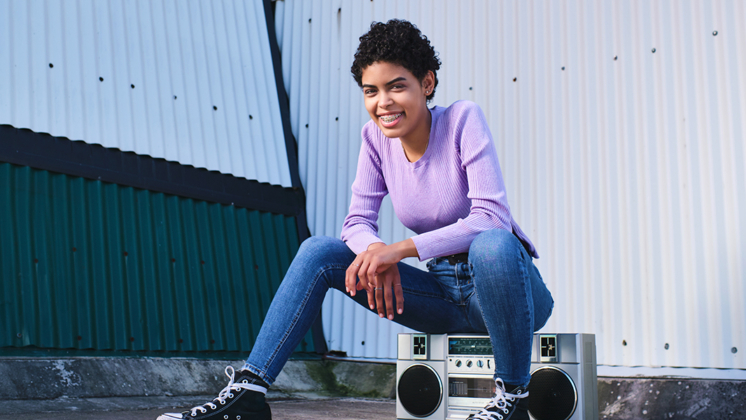 If you’ve said anything remotely condescending towards a young person in the last month, odds are a blasé “OK boomer” retort has been shot your way.

You don’t have to be in the actual baby boomer demographic to be on the blunt end of this catchphrase. “OK boomer” can essentially be used as a comeback to any older adult who disagrees with more progressive beliefs — and lately it’s spread like wildfire.

There’s no way to pinpoint exactly where the OK boomer retort stemmed from, as its origins seem to be scattered across various social media platforms. But there are a couple of sources that have gone especially viral, giving the phrase even more popularity.

For example, a TikTok video that displays a split screen of an older man and a Gen Z youngster has the caption “mom can you pick me up the old art teacher is going at it again.” The silver-haired man’s rant is clearly an outdated cliché and, according to an overwhelming quantity of young people, deserving of an offhand “OK boomer.”

Another teenager, Luca Brennan, took a senior photo with the phrase plastered across the T-shirts of him and his friends — the post soon went viral.

Speaking of clothing, “OK boomer” merchandise is now a hot commodity. Merchandise showcasing the phrase has begun selling quickly across on-demand shopping sites such as Redbubble and Spreadshirt.

“The older generations grew up with a certain mind-set, and we have a different perspective,” O’Connor told The New York Times. “A lot of them don’t believe in climate change or don’t believe people can get jobs with dyed hair, and a lot of them are stubborn in that view. Teenagers just respond, ‘Ok, boomer.’ It’s like, we’ll prove you wrong, we’re still going to be successful because the world is changing.”

Think of the riposte as the inverse of “kids these days.”

Though the use of the term “boomer” makes it seem like this is a war between generations, that’s not entirely the case. Though there has undoubtably and historically been intergenerational tension and transparent variance of beliefs, “a boomer is really more of a type of personality, someone who is intolerant to new ideas and who is ignorant to new ideas,” Brennan, the creator of the ‘OK boomer’ Instagram photo, told NBC News. “Stuff like that.”

“[Baby boomer] is a term that people are using, having no idea what, literally, what they’re talking about. It’s a revelation of complete and utter ignorance and intolerance.”
–Dr. Jaime Friedman, 73

Some older adults are furiously offended: “The term baby boomers is just an empty vessel into which people pour their half-baked prejudices, which they can hardly articulate themselves,” Dr. Jaime Friedman, 73, of Seattle, told the Deseret News.

“It’s a term that people are using, having no idea what, literally, what they’re talking about. It’s a revelation of complete and utter ignorance and intolerance.” Friedman equates OK boomer to anti-Mormonism, anti-semitism, racism, and homophobia.

Professor Karl Moore of McGill University, however, identifies as a boomer who is both understanding and supportive of the movement.

“I have noticed a pattern in us boomers and Generation X: we delight in making fun of what millennials and Generation Z want when we first hear about it. Think: flexible work hours, working from a coffee shop or another remote location, having a voice in important decisions, reshaping the hierarchy, and more,” the professor wrote on Forbes. “Our mockery can make for good fun over a drink, yet it seems almost inevitable that a year later we realize that we want the same things as our younger counterparts.”

As boomers, suggested Moore, moving past reactive mockery and recognizing the value of reverse-mentoring could be beneficial.

Undeniably, times have changed. The current climate isn’t exactly uplifting, both literally and metaphorically. Environmental issues, rises on student loan debt, and financial instability lingering a decade after the 2008 recession leave younger generations both bitter and bewildered. The frustrations that’s being directed towards boomers by younger people are informed by consequential affairs.

If you take the retort personally it just makes the situation funnier to younger people.

Jessa Lingel, an assistant professor of communication and digital culture at University of Pennsylvania, who identifies as a Gen X’er, told USA TODAY that her students are concerned about environmental disasters, social equity and the inaction of older generations to address these pressing issues.

Perhaps this isn’t a reason to profit off of snarky merch or to cyber-bully an entire generation, you say. However, according to the Times, if you take the retort personally it just makes the situation funnier to younger people.

My advice: don’t give them the satisfaction. The younger generations know that they’ve abundantly been referred to as “snowflakes” and they’re enjoying the heated reactions that are frequently being produced by their quippy response.