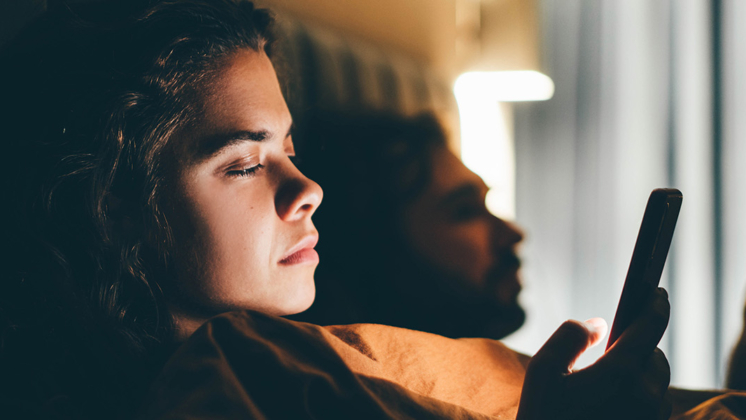 After decades of marriage, you can’t blame some couples for settling into not-so-constructive patterns. You get married young, you share joy, pain, stress, and family, and gradually you might realize you fight often, rarely have sex, and feel far apart even when you’re in the same room.

Susan L. Brown, one of the lead researchers for the study, told the Washington Post that the reason for these divorces wasn’t “severe discord,” but rather “the couples had simply grown apart.” In 2015, the National Center for Health Statistics and the U.S. Census Bureau reported that for every 1,000 married couples older than 50, 10 get a divorce. For couples 65 or older, six get a divorce.

But distance doesn’t have to result in divorce.

Once one or both partners recognize, “Hey, I’ve been unhappy for a long time and I don’t want to be,” it’s time to commit yourself to changing the dynamic, says Sara Schwarzbaum, a licensed marriage and family therapist and founder of Couples Counseling Associates in Chicago.

“They think they know each other, but they really don’t because they’ve both changed — they’re not the same people they were 30 years ago,” says Schwarzbaum, who works extensively with couples in their 50s and 60s. To repair the relationship, “they need to get curious about each other’s visions for the future and each other’s dreams.”

Changing over the years is one thing, but serious marriage problems also can arise from bad habits. “A lot of couples’ problems have been haunting them the duration of their marriage, but they may not have had the time or energy to deal with them,” says Rachel Sussman, LCSW, a licensed psychotherapist and relationship expert, and founder of Sussman Counseling in New York City.

“As we age, we go through so much, often much more than when we were younger. By the time you’re married 25-35 years, you have very entrenched patterns, plus you may have new problems, such as health issues or drug or alcohol abuse.”

Most common complaints of long-married couples

Dr. Schwarzbaum describes one married couple she counseled recently whose communication problems were impacting their marriage. Married for 35 years with grown children and grandchildren, the couple had grown distant and didn’t do anything together anymore.

“There are a lot of things she put up with and never complained about — he confused acquiescence with agreement,” Dr. Schwarzbaum says. “The marital contract before was: I, female, run the house, and you, male, make the money, and nobody has anything to discuss. Now they want a different kind of partnership.” The challenge becomes, how do you listen to your partner’s complaints without interruption or getting defensive — even when you disagree?

Communication issues then become interlaced with other issues, which is often what brings long-married couples into counseling. “A big source of conflict is when they have different visions for what they want their life to be,” says Sussman, and they don’t know how to resolve it. “They argue about money and finances, or when one wants to stay active and another gets sedentary, or about when to retire.”

According to Dr. Schwarzbaum and Sussman, the top reasons couples seek counseling include:

Finding the motivation to change

The first step to a healthier marriage: Acknowledge you have problems.

“There are signs when a marriage is in trouble and you have to get some help,” says Sussman, who notes things like fighting more often than having pleasant times; having no or little sex; preferring to spend free time with friends, family, or alone; dreading weekends; and fantasizing about other partners ….or being alone. “You call your doctor if you have pain, you call your accountant if you have trouble with your taxes. Ask for help. If you get help at the right time, you can really turn things around.”

So how do you two get back on track? A licensed therapist can help you find common ground again. “If the relationship had a friendship-and-love basis, then there is something that can be rekindled and restarted,” says Dr. Schwarzbaum. “When life gets busy, people tend to put their relationship on the back burner, and they both end up feeling neglected. [Recognizing that] can help them take ownership of their problems and address them.”

3 exercises that can reignite love in your marriage

Dr. Schwarzbaum offers three methods that can help all couples find more appreciation for each other and end the fighting:

1. Create a calm environment for conversation

If you’re airing a long-held grievance, emotions tend to run high. Take the fuel out of the fire and make sure you’re actually communicating with an easy three-step process, recommends Dr. Schwarzbaum.

“When couples learn the skills to talk to each other in a different way, then the bigger issues can get some airtime, too,” says Dr. Schwarzbaum.

“Most people give what they want to get,” says Dr. Schwarzbaum. “If you want help with the dishwasher, then you help him with the trash or the lawn. Or if you’re more of a physical person and need touch, you’ll tend to give physical affection, but your partner might not feel connected that way.”

When this happens, people typically get into detrimental interactional patterns, like, “I won’t give to you, because I’m not getting from you.” Dr. Schwarzbaum says exchanging love languages can help couples create a more virtuous cycle where, “The more I give to you, the more I get from you.”

Recent research published by the Society for Personality and Social Psychology suggests that having sex once a week — but not more often — helps you maintain an intimate connection with your partner and correlates with a happier marriage, regardless of gender, age or length of relationship.

Having sex once a week — but not more often — correlates with a happier marriage, regardless of gender, age or length of relationship.

“Many people get in trouble because they’re not having sex,” says Dr. Schwarzbaum. “They grow further and further apart, but they can’t figure out how to get there.”

She describes the typical scenario as follows: Partner A wants more sex than partner B and tries to initiate sex by touching, kissing, or asking. Partner B then learns to read this behavior as a cue for sexual activity, which he or she doesn’t want, and pulls away. If they never talk about it, the distance grows because they’ve never established what acceptable sexual activity is. “The pursuer stops pursuing when the distancer distances too much,” she says. “Then there’s no more sex, and there’s no more nonsexual touch, so that’s a big loss for the couple.”

What to do about it? Remove the sexual pressure. “I try to get them to separate nonsexual touch from sexual activity,” says Dr. Schwarzbaum. “I tell them to play with each other’s body, and take it very slowly, like have a longer hug than usual, but purposely put a stop to further sexual activity. That way they rekindle intimacy without the threat of the performance.”

In the end, the goal of these exercises is to break free from behavior that’s not working, to get curious about your partner again, and, ultimately, enjoy one another.

“I try to help them talk differently, listen differently,” says Dr. Schwarzbaum. “Sometimes they go their separate ways because they can’t do any of that, but very often it works beautifully. I get people in their 60s who make enormous changes with how they interact.”

Bonus: Something to talk about

Are those crickets you hear during dinner? Don’t let the quiet take over. Even after decades together, the act of conversation is one that can buoy a relationship.

“The spark has gone out of a marriage when talks at the table become more of an update about the kids and grandkids than about each other,” points out Kim Hardy, a relationship expert in Marietta, GA.

How to fix it:

“Remind yourself that you’re married to your spouse, not the children,” says Jacqueline Del Rosario, a marriage counselor in Miami.

And when you’re having conversations, look your partner in the eyes and smile as you listen, urges Tina Tessina, Ph.D., a psychotherapist and author of Money, Sex and Kids: Stop Fighting About the Three Things That Can Ruin Your Marriage.

“Your spouse will automatically feel more understood and cared for, which will change the feeling of the discussion,” says Tessina. “Proximity is a consideration, too. A chat becomes warmer and more caring if you place a hand on your companion’s leg or shoulder.”