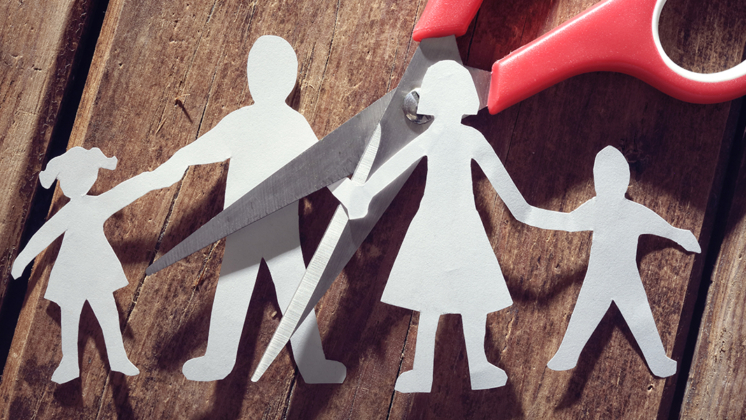 And while all divorces create financial challenges, “gray divorces” come with their own unique monetary setbacks, a new study from Bowling Green State University reports.

Married couples who split up in a gray divorce can expect their individual household wealth to decline by up to 50%.

“Getting a gray divorce is a major financial shock,” primary study researcher Susan L. Brown, a sociology professor at the university, told Bloomberg.

Married couples who split up in a gray divorce can expect their individual household wealth to decline by up to 50%, Brown adds. And women will bear the financial brunt of the decline in wealth — nine times more than women who stay married, the report notes.

So among the implications of divorcing later in life, the steepest is arguably financial, simply because of time.

“First and foremost, there is a lack of time to recuperate from any financial setback in general,” Kent Fisher, a financial planner with Southern Investment Management Collective in Chapel Hill, North Carolina, told Finance 101. “That’s primarily why gray divorce is so devastating.”

For example, there isn’t time to build up your 401(k) or other investments that took a hit in the divorce. And finding a job later in life is another challenge and another barrier to rebuilding your wealth.

Fisher also pointed out that those over the age of 50 are likely to have college-age children, another major expense. Plus, you will be shouldering all your living expenses instead of splitting rent or mortgage by two.

“The implications of later-life divorce are substantial, shaping not only the couple but also the well-being of family members, such as children and grandchildren, and the demands placed on broader institutional support systems designed for older adults and their families,” the study notes.

“Society at large will need to respond to the shifting (and potentially diminishing) family resources and supports that are available to older adults.”

Those who divorce after 50 still have a leg up.

But things aren’t all bleak for older divorcees: Only 11% of older adults who are divorced cut the knot after 50 — a much smaller number than those who divorce at a younger age.

And people who divorce after 50 still have a leg up in total financial assets. Divorced men over 50 have more than $165,000 more in total assets than those who are under 50, while divorced women over 50 have almost $50,000 more.