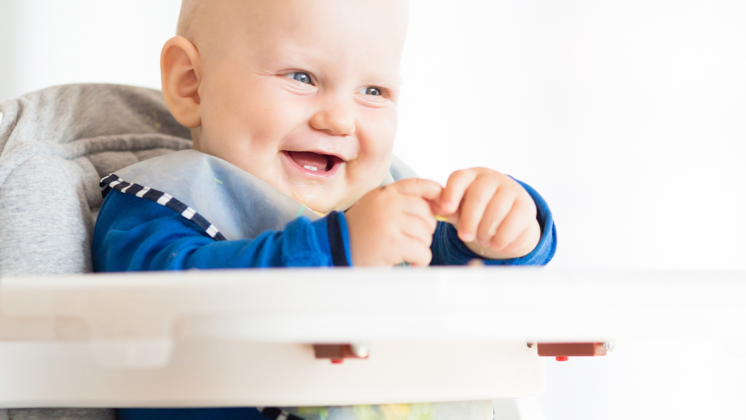 The annual list of most popular baby names is always met with some interesting blend of intrigue, surprise, and well, eye-rolling. (In case you didn’t know, the current top names are Emma and Liam.)

With this mind, we explored just how names have — and quite frankly, haven’t in many cases — changed over the years.

Using Social Security Administration data, we compiled the most popular baby names for both girls and boys, by decade, from the 1880s all the way up to the 2010s. You can find the tables representing every decade below.

We also built a cool tool that lets you see how the popularity of your own name has changed over the years. Check it out here.

In addition to this, we distilled the mountains of data into what we thought were some rather interesting trends and facts.

The Gospel According to John

And well, poor William, always the best man but never the groom. We included him as an honorable mention for having played second fiddle to John for 41 years straight from 1880-1920.

Perhaps what is most striking about these charts is how top heavy the list of popular names used to be. Back in the 1940s and 50s, name patterns were such that the top names on the list in a given year would find their way onto more than 90,000 birth certificates.

This is actually not a function of more babies being born during the boomer hey day. While yes, birth rates were certainly higher in 1957 than they were in 2018, the concentration of names was vastly different; today the distribution of names is dramatically more spread out.

One of the more entertaining criticisms leveled at many names today is the oft-heard “That isn’t a name!” However, when looking back at the dramatic rise—they seemingly came out of nowhere—of some of the most popular names in the 1940s and 50s, it’s a wonder the same words weren’t spoken by older generations at the time.

If you were girl born in 1953 in the United States, there was a greater than one in ten chance that you would be named either Linda, Patricia, or Debra / Deborah.

For example, if you were girl born in 1953 in the United States, there was a greater than one in ten chance that you would be named either Linda, Patricia, or Debra / Deborah.

And then, well, those names rather swiftly disappeared again. You are more statistically likely to die in a car crash today than you are of finding a baby born in 2018 named Linda, Patricia, or Debra / Deborah.

Both Mary and John own the respective top spots in the 1880s, and would each reign supreme there as the most popular name for decades to come. However, whereas the boy chart is a close race for the most popular name, the girls’ list is very top heavy with Mary completely dominating all other names.

There were no significant changes to either list in the 1890s, with the top few spots on each side being relatively unchallenged. While the boys’ side is a rather close race, Mary is a complete runaway favorite name for parents for yet another decade; there were more Marys born in the 1890s than the next three highest spots combined.

The 20th century kicks off with the top five spots on the boys’ side completely unchanged for the third straight decade, while the girls’ side sees a slight reshuffling.

The list takes a big jump (from a volume of babies point of view) in the 1910s as more people are officially registered.

John’s 44 year run atop the boys list ends in 1923 as Robert leapfrogs and dethrones him in 1924. Robert would go on to run the roost for 16 years straight.

Robert holds the top spot for another decade, while John’s popularity begins to wane further. Meanwhile, Mary still sits squarely in first place on the girls’ list for the sixth straight decade.

Also, Patricia and Barbara both make their first appearances on the leaderboard. They will each be top ten mainstays for decades to come.

The beginning of the boomer era really belongs to Linda. Michael also makes his first appearance on the boys’ leaderboard in the 1940s. He would become a fixture on it all the way to present day.

As we get into the heart of the boomer generation, the 1950s are all about James, Linda, and Deborah/Debra. The number of James born in the 50s is the single highest name total ever for a decade.

And if Debbie’s parents could have only agreed on a unified spelling she’d have been atop the girls’ list with over 770,000 babies carrying a version of that name in the 50s.

See also: Check how the popularity of your name has changed over the years

It’s the 60s, and the neighborhood is chock full of Mikes and Lisas.

The latter half of the Gen X batch of babies bring with them a real era of change in the baby name space. Many boomers are growing their families during this time, and they opt for a new class of names.

On the girls’ side, seven of the top 10 names weren’t on the leaderboard in the previous decade, including the top three (Jennifer, Amy, and Melissa).

The boys’ list is less dramatically different, with only four new top ten entrants compared to the prior decade (Christopher, Jason, Brian, and Matthew) though two of these were near the top of the list.

Jessica. Jennifer. Amanda. Ashley. Looking at every other list here, do any four names better define a decade than these? You hear them, and without flinching you’re able to pinpoint it as the 80s.

Mike—and his trusty sidekick, Chris—continue to enjoy mass appeal with parents. However, though Michael was the top name for the decade as a whole, his longstanding reign as the most popular boys name comes to an end when Jacob storms in as the most popular choice in 1999.

Meanwhile, Jessica sits square atop the girls’ list for yet another decade.

Emily and Jacob have a firm grip on the top spot in each respective list for most individual years throughout the decade.

The most popular names from 2010-2018 include multiple new entrants. And interestingly, the top six most popular girls names so far in this decade all end in the letter ‘a’.

What would your name be if you were born today? Use this tool to find out.