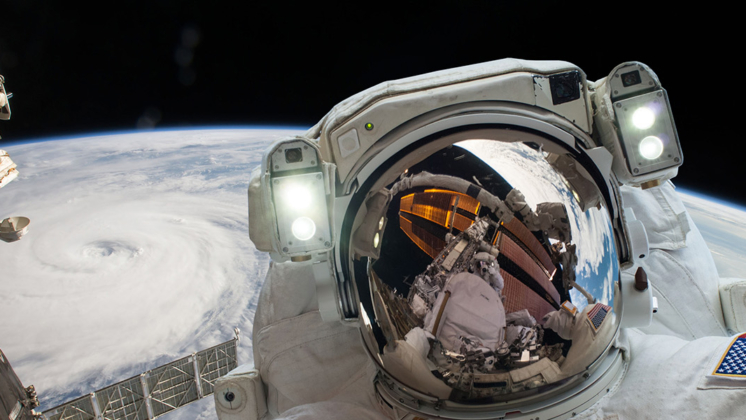 Johnson (aka the “human computer”) didn’t only safely rocket men into space with her calculations — she opened doors for women and people of color with her brilliant work.

For almost her entire life, Johnson’s genius was unheralded. It was only recently that her place in history was both recognized and celebrated for its “excellence that broke down racial and social barriers,” NASA wrote in her death announcement. Her story was the basis for the 2016 film Hidden Figures, based on a book by Margot Lee Shetterly.

Johnson, along with several other brilliant black women, were apart of NASA’s Computer Pool: a group of mathematicians whose work powered the success of NASA’s very first space missions. “We always worked as a team,” she said in a 2010 interview, resisting accepting full credit for the group’s accomplishments. “It’s never just one person.”

In 1960, Johnson co-authored a paper on the safety of orbital landings; this was the first time a woman in NASA’s Flight Research Division received credit for a report.

In 1961, Johnson was tasked with performing trajectory analysis for the first American human spaceflight. After gaining notice for her accuracy, John Glenn requested her expertise for his infamous 1962 orbit around the Earth.

Glenn didn’t trust the computers that calculated his flight trajectory, so he has NASA engineers compare Johnson’s handwritten calculations to the electronic ones.

“‘If she says they’re good, then I’m ready to go,'” Johnson remembered Glenn saying. Thanks to Johnson’s assistance, Glenn’s mission succeeded in helping the U.S. get ahead in the space race.

To the moon and back

After Johnson retired from NASA in 1986, she’d mapped the entirety of the moon’s surface along with helping Apollo 13’s astronauts get safely back to Earth.

When Johnson turned 100 last July, a ribbon-cutting ceremony was held — but not just because she had become a centenarian. Rather, in honor of her birthday, a NASA facility in West Virginia was reintroduced as the Katherine Johnson Independent Verification and Validation Facility.

Johnson “helped our nation enlarge the frontiers of space,” NASA’s administrator, Jim Bridenstine, said in a statement on Monday. Her legendary work gave us the moon.