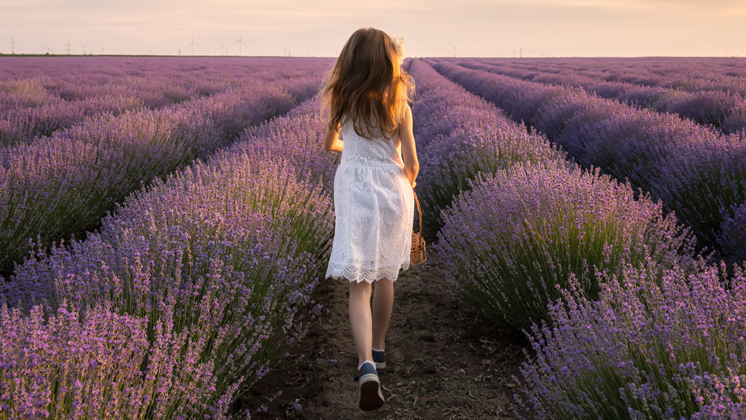 For Rick and his son Peter, the trouble began during Peter’s high school years.

By his own description, Rick was a strict parent; Peter a rebel, dabbling in drinking and drugs. In response, Rick grounded him, often, and took away his allowance. When Peter was arrested for underage drinking, Rick didn’t come bail him out. “In my book, that’s tough love and what a good parent does,” he says.

When Peter left for college, however, the parent-child relationship took a turn. The two haven’t spoken for over five years. “A gulf opened up between us,” says Rick, 64, “He never forgave me and won’t; says it was clear I didn’t love him.

“Peter insists it’s better for his mental state if we only exchange holiday cards once a year, which breaks my heart. His absence from my life and my feelings of failure — those are with me daily.”

A not-so-uncommon state of affairs

The definition of estrangement, experts say, is a “prolonged” period of detachment or distancing — with little or extremely limited contact. The time period in question can vary between family members, depending on what their relationship and frequency of contact was to begin with.

As many as 20% to 25% of people may have some form of estrangement in their family.

And while estrangement might seem extreme, it’s probably more common that you think. Parent-child estrangement occurs in about one out of 10 families, according to Megan Gilligan, PhD, professor of Human Development and Family Studies at Iowa State University, who has done ground-breaking research in this realm.

But when you factor in sibling estrangement in addition to the parent-child variety — and the fact that many estranged family members don’t like to discuss this kind of distancing — as many as 20% to 25% of people may have some form of estrangement in their family, says Kristina Scharp, Ph.D., an assistant professor in the Department of Communication at the University of Washington, who also studies estrangement.

In the movie version of estrangement, there’s a big blow-up that ends in a dramatic “we’re not speaking” type of proclamation.

In reality, estrangement is often a more gradual process, says Gilligan. Typically, there are issues between parents and children (or siblings), that don’t get addressed and fester over time.

The estrangement is typically set into motion by an adult child at a critical rite of passage — a teenager leaving home for college, taking on a full-time job, or entering a serious relationship, and then communication gets sparse.

“Often the estranged parent will remark, ‘Gosh, how long has it actually been since we’ve spoken…let me think about it,’” notes Gilligan. “That’s what we usually hear, with the parent being surprised at how much time has passed.”

Said one father, “I accept that my son is gay, and I love him, but given the religious views I was raised with, it’s uncomfortable for me to hear about his boyfriends, so I don’t call often and inquire about his life. And I think he gets it and doesn’t call me much either.”

But even when the process of estrangement is gradual, the arrangement rarely lacks for rancor. The site Estranged Stories and the Reddit community “raisedbynarcissists” (374,000 members) contain hundreds of stories of adult children escaping from damaging interactions with their parents. On both, the initials NC, meaning No Contact, are usually a powerful balm.

The prospect of mending fences

If you’re looking to heal a family rift, the sooner the better, experts say. “We studied a seven-year period, and the longer estrangement lasted, the more likely it was that there’d be no reconciliation,” says Gilligan.

Before you reach out, however, you need to look in. If you’re feeling defensive, or unwilling to accept some of the blame, experts say, the odds of a reconciliation are low.

“You don’t have to agree with your child’s version of events, but if you want to be close again, you must be able to at least grasp your child’s point of view.”
Psychotherapist Tina Gilbertson

“It’s tempting to blame your child for being too sensitive, unreasonable, or not forgiving enough, especially when it’s not clear what the problem is,” says Tina Gilbertson, a Denver-based psychotherapist and the founder of reconnectionclub.com, a website for parents estranged from their adult children.

“But attempts to reconcile rely on openness to feedback and a willingness to apologize, even if you didn’t intend any harm or realize there was a problem. You don’t have to agree with your child’s version of events, but if you want to be close again, you must be able to at least grasp your child’s point of view and offer a heartfelt apology.”

Reconnecting is a delicate dance. You don’t want to appear demanding (and you never want to issue an ultimatum). But you also don’t want to be so passive that you seem not to care.

Be specific about next steps. “Lots of parents suggest to their child, ‘Why don’t we go out for lunch some time?’ and then feel hurt when the child doesn’t initiate.’ Are you free for lunch on this particular date at this restaurant at this time?’ is more manageable than a general request for more togetherness,” says Gilbertson.

Don’t blame third parties. It’s not uncommon for estrangement to go hand in hand with your child getting deeply involved in another relationship.

That’s what happened to Arlene, 70. “My son and I were always so close, but since he got married, how things have changed!” she says. “His wife doesn’t like me; he says she feels I am ‘critical.’ She keeps herself and my son booked up on the weekends so there’s no chance to join us for dinner. I haven’t actually laid eyes on him in months. What if that becomes years?”

Chances are, though, that your child’s current relationship isn’t the root of the problem. “It’s not so common to have your child’s mind taken over by another person,” advises Monica McGoldrick, director of the Multicultural Family Institute and author of You Can Go Home Again.

“Stop focusing on the daughter-in-law and figure out where you are with your son,” says McGoldrick. “Offer a real apology for the current situation and try to move forward.”

Invite a professional to the conversation. If your child is willing, airing the situation in front of family therapist can help you understand other perspectives and offer tools for better communication. It also shows your commitment to changing the situation, says McGoldrick.

Knowing when to let go

There may also be times when it’s better to accept the rift and even embrace it, experts say. When the relationship is abusive, or is damaging other family members, you might need to consider alternatives, says Scharp.

“Estrangement can be a healthy solution to an unhealthy environment rather than a sad, terrible experience,” she adds.

Says Gilligan: “The roles, support, and affection a family should provide can be found elsewhere. You can have what’s called ‘voluntary kin’ and create your own family.”