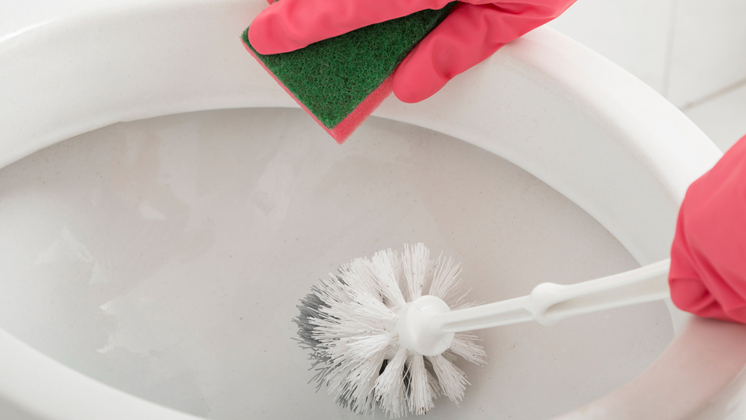 For the naturally curious, a closed door is cause for questions. And what room’s door is always closed when someone’s in there? The bathroom! (We hope.)

Considering Americans spend an average of 30 minutes in the loo every day — and one in four spend more than an hour — most of us are not simply answering nature’s call. See what surveys say about our time in the most important room in the house.

It’s a sad day for hygiene

Let’s kick things off with a most stunning statistic: A whopping 95% of people do not wash their hands properly before leaving the bathroom, according to a study conducted by Michigan State University researchers. To effectively kill germs, says the CDC, you must wash your hands vigorously with soap and water for 15 to 20 seconds; the MSU study found that people wash their hands for just six seconds on average.

Can you hear me now? According to one survey, 75% of Americans admit to using their mobile phones in the bathroom. (That feels low.) In fact, 30% of men and 20% of women won’t even go to the lavatory without one.

Of course, if you forget your phone, the bathroom’s a great place to curl up with a book … we guess.

Literacy lovers should enjoy this one: 63% of people read books, magazines and newspapers while in the bathroom, according to an American Standard survey. Men are significantly more likely to read in the bathroom than women.

Stand (or sit) and deliver

Some call it the greatest bathroom debate of all: When you wipe, do you sit or stand?

Sports site Deadspin polled 4,100 readers and found results split almost down the middle. About 56% of respondents rise up, while 44% remain seated. Even funnier: many polled didn’t realize there were multiple ways to wipe.

Are you a folder or a crumpler?

A debate almost as heated: Do you fold or crumple your TP? The American Standard survey found that almost 50% more people fold their toilet paper than crumple it. How fastidious! Furthermore, the older you are, the more likely you are to fold. Conversely, the more time you tend to spend in the bathroom, the higher the chance that you crumple. Perhaps you’re too lost in thought to complete a proper fold?

It seems many guests at Westin Hotels & Resorts are ready for romance — or hate being alone, at the least. The mega hotel chain’s survey found that 29% of people sometimes shower or bathe with another person and almost a quarter say they make love in the shower.

When you gotta go…

Speaking about intimate shower activities, in a Glamour magazine poll, three quarters of the women surveyed admitted to peeing in the tub. As for men … do we really want to know?

Everyone is Elvis in the shower

Is it the acoustics? The privacy? The splashing water accompaniment? Whatever the reason, the Westin survey reveals that 3 out of 5 people sing in the shower, and that country is the most popular musical genre (12%) followed by “rock” (10%), “popular” (7%), “classical” (7%), “Christian/religious” (6%), and “alternative” (5%).

Shower time, and therefore water wastage, gets shorter as you age. While 70% of 18-to-34-year-olds shower for longer than 10 minutes, only 27% of people aged 55-plus exceed that mark.

Encouraging news: The same survey found that 82% of all people turn off the water while brushing their teeth.

Finally, a gentle reminder to mind your manners: According to an American Standard survey, about 6 in 10 people believe that leaving a loo filthy is the rudest thing you can do.

Also high on the list of no-no’s is snooping in someone’s medicine cabinet. About one in four people think it’s the biggest bathroom faux pas.

The bathroom is an intimate place, friends. Respect it, and we’ll all be the better.