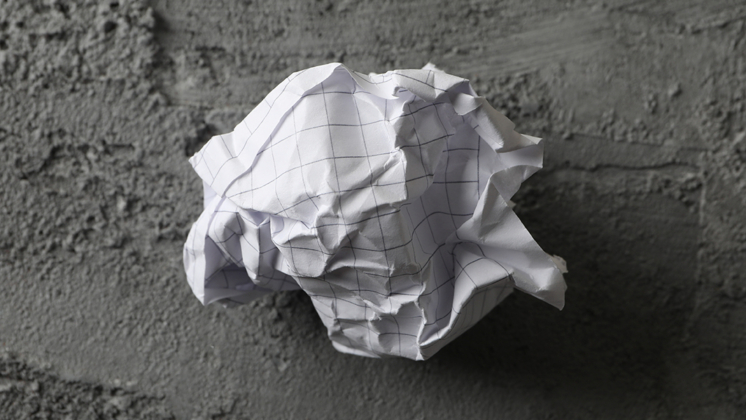 Over the course of his legendary television career, Jeopardy! host Alex Trebek has picked up some of the industry’s most coveted accolades, including six Emmy Awards for Outstanding Game Show Host and a star on the Hollywood Walk of Fame.

But one of Trebek’s most cherished mementos from his career in the spotlight is a bounced check for almost $50,000, which he’s been proudly displaying in a frame on the wall of his home for decades.

Though it’s hard to remember a time when Alex Trebek wasn’t a part of our evening television-watching routines, as he has been hosting Jeopardy! since 1984, there was a period in the early 1980s where he bounced around as host of a couple of failed game shows.

One of those shows, appropriately enough, was a Canadian production titled Pitfall, in which contestants answered trivia questions while walking across a bridge, answering questions, and doing their best to avoid any pitfalls along the way.

But the one hazard that Trebek probably didn’t see coming was the financial problems being carried by Catalena Productions, which produced the series, and ended up filing for bankruptcy just a year after bringing Trebek aboard.

“Pitfall was not a pleasant experience,” Trebek told David Baber for his book, Television Game Show Hosts: Biographies of 32 Stars. “They bounced my payment check. It came at a bad time because my father had died and my marriage had dissolved. I was in bad, bad straits and could have used the money.”

To this day, Trebek hasn’t seen a penny of the $49,000 from that check, though he seems to have moved on from the ordeal. Within two years of the incident, Trebek landed a hosting gig with Jeopardy! — a job he is currently contracted to continue with the series until at least 2022.

Though he’s currently battling stage 4 pancreatic cancer, Trebek remains upbeat. He’s said that he was both surprised and touched by the enormous public outpouring of support in the wake of his cancer announcement: “I was thrown for a loop there,” Trebek said. “I started to tear up, but that’s OK; I tear up over a lot of things.”