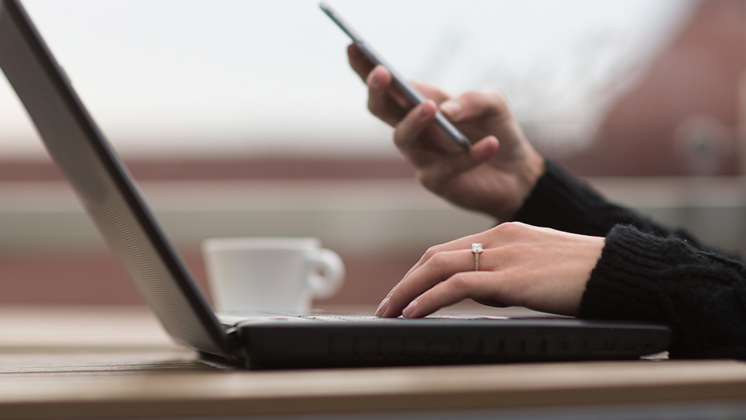 Language trends come and go. Some of them fade away shortly after being noticed. Others go on to become such an integral part of the language, they stop being seen as trendy at all.

It can be hard to tell which way things are going to go. Most things we would notice as trends tend to last only a year or two. But here are some language trends that have had more staying power.

Can the pronoun “they” be used to refer to only one person? This was the decade singular “they” came into its own. It doesn’t wholly belong to this decade; “they” has been used to refer to one person for centuries, in sentences like “Every fool can do as they’re bid” (Jonathon Swift) or “Let each esteem other better than themselves” (King James Bible). But the grammar books of the of the 19th century forbid this use, preferring phrasing like “Every fool can do as he’s bid” and “Let each esteem other better than himself.”

In the 1970s linguists began to push for the re-admission of singular “they” into standard grammar acceptance, as an easy, ready-made solution to the problem of the sexist use of “he” as the generic person pronoun. Over the next few decades, singular “they” became more and more accepted. But it was the current decade that saw official arbiters of correctness, such as newspaper style guides, officially embrace singular “they.”

The 2010s were the decade that saw people begin to explicitly choose “they” as their preferred pronoun. Whereas “they” had long been used for a generic, non-specific person like the referent of “each one,” it can also be used for a person you know, but don’t want to specify the gender of, as in sentences like “My piano teacher has their own business.” This use may feel less familiar, but it’s now firmly rooted in the language.

Little faces and objects that could go in a text or email have been around for a while in the form of emojis (and before them, emoticons), but this was the decade everyone, from grandmothers to toddlers, started to use them. Every year the selection of emoji icons grew, and people found more and more uses for them — to express congratulations, to complain, to cheer, to show a range of emotional reactions.

Emojis don’t stand in for language so much as they augment linguistic communication. When we communicate in text, we operate at a distance. We cannot see facial expressions, gestures, or hear vocal intonation. Emojis usually don’t communicate the content of messages, but rather an attitude or stance toward that content. In an era where more communication takes place at a physical distance, it puts bit of physical presence back into our interactions.

Another way people have adjusted their communication to the era of text at a distance is through innovations in what linguist Gretchen McCulloch has called “typographical tone of voice.” Devices that have long been used in text such as punctuation marks, accents, spacing, line breaks, capitalization, and symbols have been given new tasks as conveyors of emotional tone and attitude.

Ironic disorientation can bE COmMuNicATED lIKe this; frustration with a asdfg’;lk!@#$# “keysmas”; Passive. Aggression. Like. This.; Innuendo…also…finds…a way?

Some of these devices are confined to specific social groups and some imply different things to different groups, but the transfer of traditional text marks to the domain of tone in text communication has fully become a ROBUST!!! and growing part of our language this decade.

The practice of creating a word by blending two words together has been a trend since the last century. It’s how we got words like “brunch” (breakfast+lunch), “smog” (smoke+fog), and “popsicle” (lollipop+icicle). Each decade has seen more fun being had with this technique from the “jackalope” (jackrabbit+antelope), to “rockabilly” (rock and roll+hillbilly), to “Jazzercise” (Jazz+exercise).

Each decade seems to add its own twist to the blending trend. In the first decade of this century, celebrity couples were the new domain, adding terms like Bennifer, TomKat and Brangelina. The most recent decade has given us pithy blends for groups of fans. Justin Bieber fans were named Beliebers, fans of the Twilight books and movies, Twihards, fans of the TV show Glee, Gleeks. Demi Lovato has the Lovatics. Adam Lambert has the Glamberts. Beyonce fans are collectively known as the Beyhive.

This is a trend that may or may not last through the rest of the century, but, whether successfully or unsuccessfully, the 2010s will always be the decade that launched it.