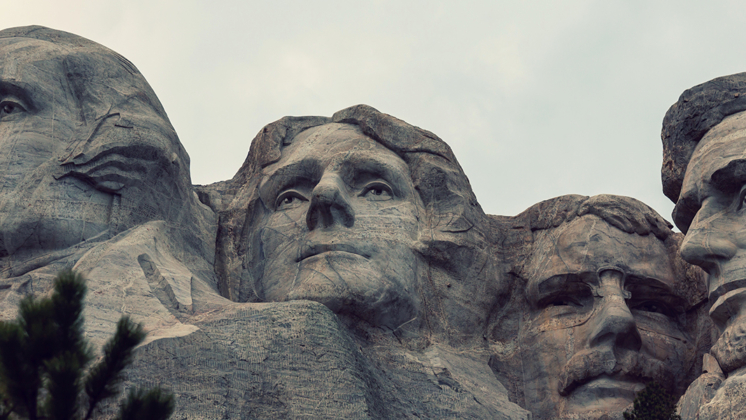 In the early 1800s, during his second term as president, Thomas Jefferson was out riding his horse in the fields around Monticello, when he happened to bump into another gentleman leisurely riding his horse through the Virginia countryside. Before long, the pair had fallen in a casual conversation. As they talked, the gentleman ended up accompanying Jefferson on the remainder of his ride.

The man, it soon emerged, was a staunch Federalist, and consequently vehemently opposed to the president, his policies and his politics. Unfortunately for him, however, he failed to recognize that his new riding companion was none other than the President of the United States.

As the pair rode along together, the man began badmouthing President Jefferson and his administration in the harshest terms possible.

As a result, as the pair rode along together, the man began badmouthing President Jefferson and his administration in the harshest terms possible. The Louisiana Purchase of 1803 was dismissed as a “wild scheme.” The Embargo Act of 1807 was “outrageous and ruinous.” Jefferson’s so-called Gunboat Navy (his preference for a navy comprised of smaller, faster gunboats rather than larger, more expensive vessels) was “preposterous and nonsensical.” On and on the complaints went — but throughout it all, Jefferson remained quiet.

Eventually, they came to the road leading back to Jefferson’s home, at which point the president — entirely unfazed by his companion’s insults and opinions — invited him in for a drink. The man happily agreed, and as they began to ride down the driveway, he asked for his new friend’s name so that he could thank him personally for his hospitality.

“Thomas Jefferson,” the President replied. The man paused. “Well,” he said finally. “My name is Haines.” And with that, he galloped away as fast as his horse could take him.

“My name is Haines” became a hugely popular catchphrase in American slang, dropped into conversation whenever someone needed to leave somewhere quickly.

Jefferson reportedly relished this anecdote, and told it often to friends and colleagues. As the story became ever more widely known, My name is Haines soon established itself as a hugely popular catchphrase in American slang, dropped into conversation whenever someone needed to leave somewhere quickly or unexpectedly. Or, as at least one dictionary defines it, My name is Haines became an expression suitable for any “abrupt or embarrassed departure.”

Admittedly, lexicographers have since found this a difficult story to corroborate. No record of the actual incident has yet been discovered in Jefferson’s journals or writings, and given that he typically refused to be accompanied by any of his staff on his horse rides (much to the concern of his colleagues back in Washington) there was no one else there (beside Haines himself, of course) to substantiate it.

Did Jefferson make the story up himself? Some have suggested that he did — but either way, there is no denying how popular a catchphrase My name is Haines became.

“A popularity which no other slang phrase has ever attained”

“There are thousands of people in this country who make use of the common expression ‘My name is Haines,’” explained one newspaper report in 1840 (more than a decade after Jefferson’s death). “A more common saying or one in more general use has never been got up. We hear it in Maine and in Georgia, in Maryland and in Arkansas; it is in the mouths of the old and young, the grave and gay — in short, ‘My name is Haines’ enjoys a popularity which no other slang or cant phrase has ever attained.”

As is often the case with slang phrases and expressions, this popularity didn’t last. Use of My name is Haines began to dwindle after the Civil War, and it had all but disappeared from the language altogether by the turn of the century. Nowadays, it survives only on the pages of the dictionary — although that could of course mean that it is long overdue a comeback…

Paul Anthony Jones is the author of several books on language, including The Cabinet of Linguistic Curiosities. He shares his linguistic discoveries via the Twitter account @HaggardHawks.