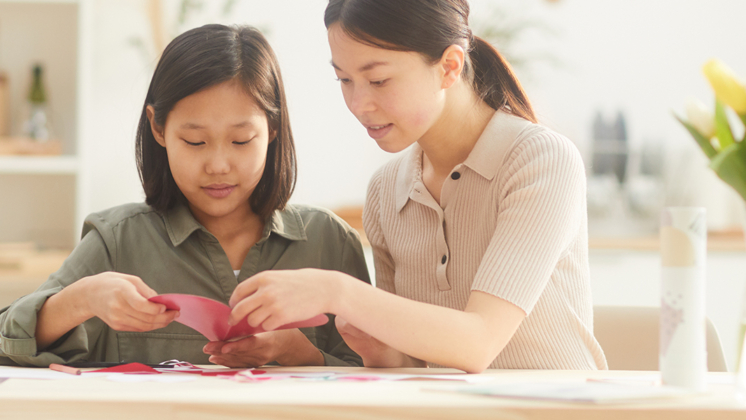 I have two brothers I wouldn’t trade for the world — but when I was younger I always begged my mom for a sister. Maybe I wanted an extra dose of girl power in my life, or maybe I wanted someone to steal shirts from (shirts that weren’t XL New York Jets jerseys).

Perhaps, though, I was unconsciously aware that there are many proven benefits to having sisters. From improved mental health to increased compassion to better communication skills, sisters are scientifically demonstrated to make their family members better people.

The power of sisters

Having a sister can boost your self-esteem and mental health, while protecting you from “feeling lonely, unloved, guilty, self-conscious and fearful.”

According to a study published in the Journal of Family Psychology, having a sister can boost your self-esteem and mental health, while protecting you from “feeling lonely, unloved, guilty, self-conscious and fearful,” wrote the Brigham Young University (BYU) researchers.

Perhaps this is why even sisters like Sandra Nicholson and Ginnie Hostvedt, who had been separated for over 60 years, felt as if they’d never lost each other when they were reunited. “It’s like I have the missing puzzle piece that I’ve been looking for all these years,” said Ginnie, solidifying the loneliness and despondency that may have been derived from being without her sister.

The same 2010 BYU study discovered that sisters naturally boost compassion in their siblings and family members, another crucial aspect in positive mental health. The researchers explained that sisters promote positive social behaviors such as altruism and affection, which are ultimately contagious.

“What we know suggests that sisters play a role in promoting positive mental health,” Alex Jensen, assistant professor in the School of Family Life at Brigham Young University and the author of research into sibling relationships told Motherly. “And later in life they often do more to keep families in contact with one another after the parents pass.”

Aside from boosting overall well-being and dousing those around them with compassion, sisters teach their siblings how to be more independent and ambitious.

A 2009 survey conducted by British psychologists showed determination and independence in participants who were raised with at least one sister. The same survey revealed that sisters helped their family members cope with issues in their life and experience less stress in general. The researchers defined this as achieving balance, and attributed this sisterly trait to making family members more optimistic and fulfilled.

“Emotional expression is fundamental to good psychological health,” according to researcher Tony Cassidy at the University of Ulster, and many sisters are naturals at both demonstrating and teaching emotional intelligence.

So, despite the petty fights and trivial sibling rivalry, now is as good a time as any to give your sister a call and tell her how much she means to you. After all, you’re likely happier and healthier because of her loving presence in the world — and that’s something to celebrate.