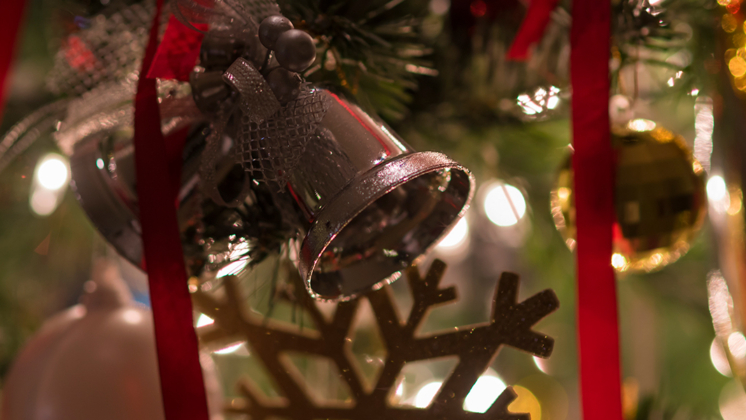 If it feels like you read about more heart attacks around the holidays, you’re not imagining things.

More people die of cardiac problems on December 25 than any other day. The phenomenon even has a name — the “Christmas Coronary.” January 1 is a close second, followed by December 26.

In fact, a study in the journal Circulation found that, compared to the rest of the year, cardiac deaths are about 5% higher between December 25 and January 7. (A greater number of people die of other natural causes around the holidays, as well.)

Medical experts don’t know why more die of heart attacks around Christmas, exactly, but think it’s a combination of factors — from the distractions and excesses of the holidays to the weather.

Here’s what to look out for, and how to lower your odds of a deadly event.

What puts you at risk

No, you can’t blame your coronary on your nagging mom.

But there’s a grain of truth here too: Scientists suspect that anxiety and tension contribute to holiday heart problems, possibly by taxing the cardiovascular system.

And studies suggest people put off seeking medical help around Christmas and New Year’s. We get caught up in the moment, enjoying family time, so we ignore the pressure in our chest.

“People don’t want to spend Christmas in the emergency room, or they’re expecting company,” says Martha Gulati, MD, chief of cardiology at University of Arizona College of Medicine-Phoenix and editor-in-chief of CardioSmart.org.

Traveling compounds the problem, she says: “They’re not where their doctors are, they don’t know where the hospital is.”

Cardiac deaths are about 5% higher between December 25 and January 7.

And then there’s the fun. “Between the unhealthy foods, the sweets, the alcohol, the parties, late nights — all of that does eventually catch up with you,” says Gulati.

Of course, late December is also the official start of winter, often bringing with it the first major snowfall. If you’re not used to strenuous physical activity, shoveling snow or trudging through heavy drifts puts you at higher risk of a heart attack, particularly if you’re male and already have heart problems.

Being too cold can cause blood vessels to constrict, as well, which strains your heart even more.

How to lower your risk

Ultimately, the best thing you can do to prevent holiday heart attacks is pay attention.

So don’t ignore red flags like shortness of breath or pain in your chest, neck, arms, or back — especially if you have an existing heart problem. Women should also be on the lookout for nausea, lightheadedness, and fatigue.

The faster you get help, the better off you’ll be.

If you’re on the road, make sure your heart medication is always on you. “Don’t put it in your check-in luggage,” says Gulati.

Heart attack risk is higher the first week after being diagnosed with the flu.

If your luggage gets misplaced, you could be out of luck, “especially if you’re landing on a day when there’s no pharmacy available and you can’t get a hold of your doctor because they’re on vacation, too.”

Also, get the flu vaccine. Infections can strain your heart, and a study published in January 2018 in the New England Journal of Medicine found heart attack risk is higher the first week after being diagnosed with the flu.

If the snowdrifts pile up, don’t feel bad about paying a neighbor’s kid to clear your sidewalk. Or at least, dress warmly, take frequent breaks, and use a smaller shovel so you lift less when you dig. (Bonus: That could lower your odds of throwing your back out, too.)

It’s also smart to let family members know when you’re headed outside, says Gulati. “If no one knows you’re out there, it might be a while before someone realizes you still haven’t come in from shoveling your driveway.”

Finally, tough as it may be, do your best to practice moderation at the table. Try to scale back on fried, fatty and sugary treats. And, of course, watch the booze. Says Gulati:“It’s not that you can’t have a little bit of everything during the holidays — just remember the ‘little bit.’”