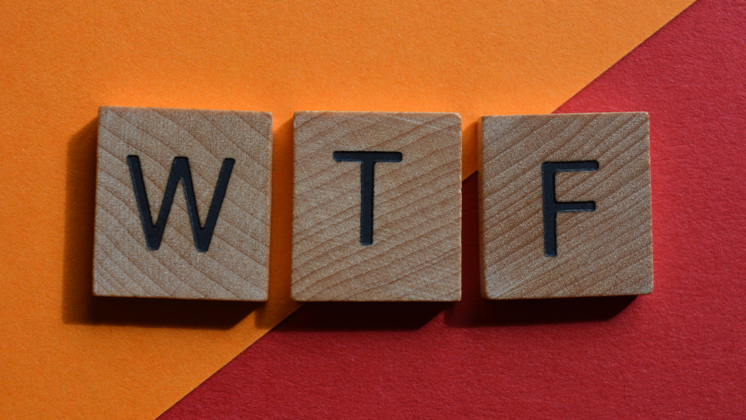 You know the feeling: You’re chatting with your millennial colleagues or catching up with Gen Z nieces and nephews or your grandchildren, and they casually toss off a word or phrase that completely baffles you.

My god, you think, what do “extra” and “stan” mean? Why does someone want to “spill the tea”?

Should I ask? Can I surreptitiously bring up Urban Dictionary on my phone without anyone noticing?  Isn’t it enough that I’ve mastered texting shorthand like LOL and know what “woke” means? (Too late: Saying woke to describe social justice awareness is now considered passé.)

Here at Hella, we feel your pain. That’s why we’ve consulted with millennial colleagues and friends and family to compile this list of common contemporary slang.

Important note: As a member of an older generation, utter any of these words or phrases at your peril. For an idea of how that could go horribly wrong, check out this comedy bit about boomers awkwardly trying to decipher millennial speak.

So guess no more with our handy guide. And then keep quiet with this knowledge.

Definition: the time of year when the weather gets cold, leading you to “cuff” yourself to another human (i.e. commit to a romantic relationship), not for warmth but so as to avoid going outside for a date; known to anyone over the age of 30 as fall and winter. No word yet on how many “cuffed” during the recent polar vortex.

“Joe annoyed me most of the summer, but it’s cuffing season so I guess I’ll date him.”

Origin: Unknown, but the term dates back to at least 2013, when rapper Fabolous released the song “Cuffin’ Season.”

“He stayed out late and got into a lot of fights. He was being extra last night.”

Origin: This use of extra to mean over the top showed up on Urban Dictionary as far back as 2003. Last year, extra was widely thrown around in reference to a meme called #SaltBae, a Turkish chef famous for his over-the-top seasoning style.

Definition: to “stan” is to be a super fan, typically of a musician, athlete, or other celebrity; a person who’s a diehard fan may also identify as a stan. While stan can mean a crazed or obsessive fan (see Origin below), no need to assume the worst. Still, it’s hardcore.

You can’t name a more loyal fan base than Beyoncé stans, excuse me, the Beyhive.

Origin: Eminem’s 2000 single “Stan,” which chronicles a fictitious fan’s fatal obsession with the rapper, is generally cited as the origin of the word.

Definition: showing off one’s status, material wealth, or well-being (not the physical flexing of one’s muscles)

“Did she really tag her Gucci belt trying to flex?”

Origin: Having sprung up in the 2010s through hip-hop songs like Rich Homie Quan’s 2015 smash “Flex (Ooh, Ooh, Ooh),” the term broke out in 2018 with the meme “weird flex but OK” for something odd to brag about.

Definition: proof of alleged misdeeds; a call to “show me the receipts” may be used to call someone’s bluff

“She claimed she didn’t try to DM my boyfriend, so I showed her the receipts.”

Origin: In a 2002 interview with Diane Sawyer, the late Whitney Houston responded to a question about how much she’d spent on her drug habit by demanding to see “the receipts.” The clip went viral, this E News report explains, and thus birthed “show me the receipts.”

Definition: a way to describe a catchy song or an earworm you can’t get out of your head; “issa,” shorthand for “it is a,” is also used in such phrases as “issa vibe” and “issa look.”

Origin: As slang for “it’s a,” issa’s popularity can be traced back to a 2016 interview with rapper 21 Savage that went viral. When asked about the tattoo on his forehead, he replied, “issa knife.”

Bonus trivia to make you look even more in the know: 21 Savage was recently detained by ICE in Georgia on the claim that he’s a citizen of the United Kingdom and overstayed his visa years ago. A day later, singer Demi Lovato quit Twitter after a backlash to her joking tweet about him.

See how much there is to keep up with? It’s hard work. We get it.

Definition: bitter; upset or angry over something small, or over being made fun of

“Oh, she’s really salty she didn’t get invited to the party.”

Origin: As slang to mean angry or irritated, salty goes back decades. The more contemporary usage started showing up on Urban Dictionary in the early 2000s. More recently, it was used to imply bitterness in the Chief Keef song “Salty” (“I got all these racks on me now she feeling me/ she salty”). As always, better not to quote rap lyrics. Just store the info away.

Definition: gossip, often used as part of a phrase like “spilling the tea” or “serving the tea.”

“Did you hear what Karen’s husband did? Let me spill the tea!”

Origin: Tea began in the black and gay communities, then became more widely known thanks to the avid gossipers on TV shows like The Real Housewives of Atlanta.

Definition: a reply to a comment that’s an affirmation or a signal of relatability, i.e., when someone describes how they are feeling, and a friend replies “mood.” It’s another way to say “same.” On social networks, it’s often paired with an image. See also: big mood

Origin: A precise origin is unknown; the term began to proliferate on social media platforms like tumblr and Twitter in 2017, though it dates back to at least 2015, according to this reddit thread.

Definition: an evolution into one’s best form, be it physical, mental, or financial; to blossom or evolve, typically referring to one’s physical appearance or financial security

Origin: the 2013 Chief Keef song “Gotta Glo Up One Day”; popularized more recently on the internet through meme’s like the yearbook photo (side-by-side selfies showing how you’ve outgrown your awkward adolescent years).

Definition: a fraudulent Instagram account (fake + Instagram), or a fake virtual identity that is may be created as a cover in order to check on someone’s profile undetected; often created to follow an ex- or current love interest, or simply to share photos with a smaller circle. (Bonus: your real Instagram is your “rinsta.”) Assume your kid has one. This Mashable columnist says you should too.

Finstas may also be used for “catfishing,” a scenario in which one person pretends to be someone else online to attract a romantic partner.

“I made a finsta account to watch all of Jessica’s Instagram stories so she wouldn’t realize I was obsessed with her.”

Origin: As long as Instagram has existed (since 2010), so too have “finstas,” or “finstagrams,” though they gained notoriety around 2014.

“Did you hear the new Ariana Grande song??? It’s so good my wig is SNATCHED!!!!”

Definition: a creepy or awkward way of hitting on another person

“He was sliding into my DMs last night.”

Origin: The phrase began as description of smoothly and cooly contacting on a person via private DMs (direct messages) on Twitter and became a more general meme by 2014 or so.

Definition: intoxicated or under the influence of some substance; exciting, outstanding, or amazing

“This year’s Coachella lineup is not as good as last year’s. Beyoncé was lit at that show.”

Origin: The definition of being drunk has been around for more than a 100 years. Merriam Webster dictionary sums it up the evolution into millennial speak as follows: “Rap has also given us a new meaning of lit. In the last ten or so years, lit has transitioned from being applied to the act of intoxicating (“gonna get lit”) to the environment of those who are lit (“party’s lit”).”

Definition: To reject or evade, typically in a romantic context

“He tried to get her number and she curved him.”

Origin: This meaning shows up on Urban Dictionary in 2014, but curve really took off on the Internet in 2017 and 2018; notable uses include the 2017 Gucci Mane ft. The Weeknd song “Curve” (lyrics NSFW, it should be noted).

Definition: a message or photo, typically posted on social media, that solicits attention from someone of romantic interest without explicitly doing so; a shirtless photo showing off one’s six pack is a thirst trap.

Related: thirsty, which can mean fishing for attention on social media with selfies, or just eager for compliments

“All he ever posts on Instagram these days are shirtless thirst traps from the gym.”

Origin: The term first began to appear as social media began to take off, roughly around 2011, as visual platforms like Instagram and the dating app Tinder emerged and selfie culture took off.

Definition: abbreviation for “suspect” or “suspicious,” used to describe a situation that is dubious

“He told me he got home at midnight but his Snapchat maps showed he was out much later. That dude’s sus.”

Definition: a person’s makeup application, usually meant as a compliment; “beat that face” refers to the action of applying one’s makeup

“She has graced us with a full beat today, we stan.”

Origin: Originating in the drag community, a “beat face” is commonly seen on TV shows like RuPaul’s Drag Race. But even beauty magazine Allure got in on the act a few years ago with this primer on having a “beat face.”

Definition: :short for crying, usually used when reacting to something particularly funny

Definition: Warning: Adult language to come. AF (ay eff) is an acronym for “as fuck,” indicating emphasis on a feeling or action, either positively or negatively.

“That kickboxing class was hard AF I almost passed out.”

Origin: Public documentation of “as fuck” dates back to N.W.A.’s 1988 single “Straight Outta Compton.” The phrase was shortened to AF as texting and Internet culture took hold.

Credits: This guide was reported and written by a team of millennial staffers and contributors, including Alexandra Mondalek, Elle Monah, and Tri Vo, with boomer staffers adding bewilderment and appreciation for their new-found knowledge.