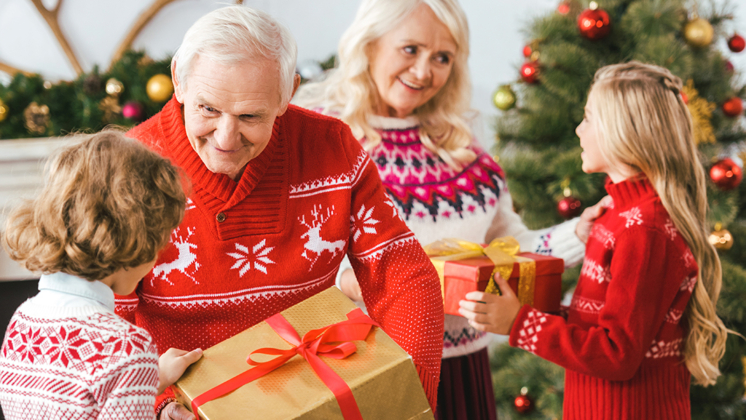 1. They’re always up for an adventure. Whether it’s a nature hike, a day of kayaking, or a weekend of camping, grandparents like to get outside as much as kids do.

2. They know lots of stories — and some of them are even true.

3. They can grow things. Maybe it’s a garden of tomatoes and zucchini. Maybe it’s just a potted plant. And if kids help, grandparents will let them get their hands dirty.

4. They know their way around libraries and book stores. Where are the picture books? Where can kids find something for tomorrow’s report on Conestoga wagons? Grandparents are great guides.

5. They’re not afraid to be silly. Did a grandchild make a mask or a funny hat? They know who will try it on. Is no one at home willing to listen to kids’ knock-knock jokes? Guess whom they should call.

6. They let grandchildren take their time. When kids stay with grandparents, they don’t need to rush to get dressed in the morning. They know grandparents will wait for them.

7. They make the best audience. When grandchildren learn a new poem, some fancy dance moves, or their first violin piece, they count on grandparents to watch, listen — and applaud.

8. They have the coolest pets. Whether it’s a cocker spaniel or a real, live, talking parrot, grandparents share their animals with kids. What’s more, they let grandchildren help take care of the animals.

9. They love to travel. They’re up for a week in Yellowstone, a vacation at Disney, or a family cruise.

10. They knew their grandchildren’s parents when they were kids, and they have the pictures to prove it. They can tell kids stories about their parents that their moms and dads would never tell children themselves.

11. They make great popcorn, not to mention brownies and sundaes. And they always let kids help, even if it gets messy.

12. They know tons of good songs, especially the ones kids learn in nursery school and kindergarten, and they love to sing along.

13. They’re always thrilled to hear from grandchildren, especially when they have something special to report.

14. They’re walking history books. Most grandparents can remember when televisions had antennas, cars had fins, and phones had cords. When they take kids to a science or history musuem, they make exhibits come to life.

15. They collect and display their grandchildren’s art like museum curators, and they wouldn’t trade a grandchild’s first sunny-day scene for the Mona Lisa.

16. They send kids the coolest care packages when they go away to camp, to college, or just for the fun of it.

17. They pay grandchildren to help out around the house, and sometimes they even beat minimum wage.

18. They believe whatever stories grandchildren want them to believe, even when neither of them can stop laughing as kids tell them.

19. They have skills to teach that grandchildren can’t learn in school, like patching a tire, catching a fish, and sewing a hole in a favorite pair of jeans.

20. When kids aren’t feeling well, grandparents will snuggle up on the couch and watch cartoons with them, even SpongeBob.

21. They’ll read their grandchildren’s favorite books to them, over and over again. Then they’ll go out and get new books that are even better.

22. Even if they live far away, grandparents stay in touch and make sure grandchildren know that they’re thinking about them.

23. Grandparents let their grandchildren teach them things, like how to use a cell phone and share photos online.

24. They want to make every day they spend with their grandchildren special. And when they’re not with the kids, grandparents go online to find more things to do with them.

25. They love their grandchildren unconditionally. Now, what could be better than that?