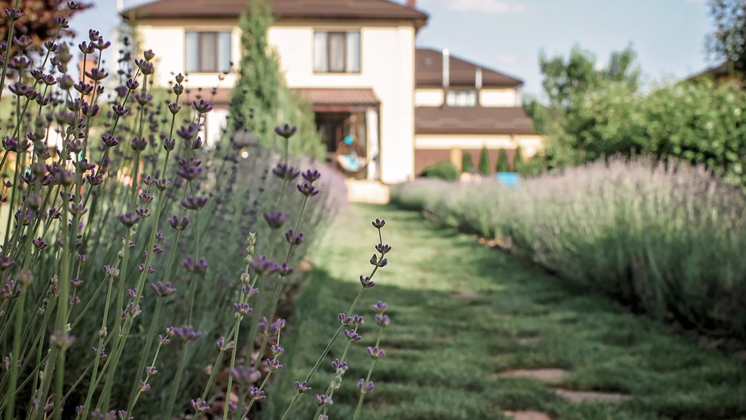 Looking for a place to live, we visited a windswept five-acre hilltop twenty-five miles east of Minneapolis for the first time in the fall of 1998. A clutch of Angus cattle regarded us dimly from an adjoining pasture. No one was around.

The day was cool and brilliant as we waded out through the hip-high grass and the long horizon came into view. There, against the edge of the westering sky, was the outline of the city, rising in the distance like Oz.

When we came back weeks later just before the holidays it was at dusk. Lights were on in a cluster of houses below, illuminating a gently falling snow. We looked at each other and that was that.

I’m looking at that same horizon right now, framed by the window behind my writing table in the house we built, raised four children in, and that is now, two decades later, a so-called empty nest.

Except that there is nothing empty about it.

Yes, there is room galore. We built the place for six and we are down to two — but never for long. Adult children show up all the time, significant others in tow. They are always happy to be home and it seems improbable that it would occur to them that home wouldn’t always be right here and waiting for them. They come and the house re-absorbs them all as if nobody had ever left. And in a way, they never did.

For some, downsizing is a pleasant way of quitting things you’re tired of.

Susan and I should be — or at least could be — ready to downsize. For some, downsizing is a pleasant way of quitting things you’re tired of. That can include work, though neither of us is done working. It can also be the answer to financial and health issues, and may not be an option but a necessity. For us, for now, it’s a decision.

We’re not oblivious to this widespread impulse in our demographic, the late-life passage when square footage loses its appeal, cutting the grass is no longer a blessed escape from the chaos formerly taking place indoors, and just the idea that you could get by with fewer possessions suddenly makes you giddy.

Many at this point in life are ready to cash out their equity — collect their winnings, as it were — or to find a less daunting environment. There’s a lot to be said for a simple, cozy condo, maybe one in a warm place. Who wouldn’t prefer a trip-and-fall on a soft beach over one on a patch of glare ice on the concrete stoop outside your own front door?

But we won’t be going that route. We get it, we’re just not onboard. We’re gonna take our chances right here. We’re going to samesize for the foreseeable future.

A different life? No thanks

For one thing, moving would mean a different life than the one we’ve lived up to now, and of which we are fond. I don’t think either of us wants to start over, or see that as a way of staying sharp or proving that we’ve still got what it takes, whatever that is.

No, we’re in the middle of something here, something we started a long time ago and plan to see all the way through. When you’ve been in one place long enough, time starts to run in both directions, as if life is being streamed and the menu option to “start from the beginning” is a click away.

I can, for example, still see — as clear as day — a kid standing in the middle of a pile of clothes on the bedroom floor five minutes ahead of the school bus as I wonder why we built so many large closets when they are viewed with suspicion and rarely used. I still hear the din of several dozen teenaged Nordic skiers talking too loudly while wolfing down pasta in the kitchen the night before a big race. Carbo feed at our place!

Other times the crash of drums and guitars sending up tremors from the basement comes back to me; alternatively it’s a silence from that same level that makes me think video games are being obsessed over by a generation that, for some reason, gets them. Good to have an upstairs when you need one.

What I see when I look around

There’s a reason we still keep our piano tuned, though neither of us play. Same with the line-up of well-worn Harry Potter books on the shelf and Lord of the Rings DVDs parked by the big TV. There are people who need things to be as they were when they show up. Same, too, with the flour canister that, after these many years, still wears the label one of the kids put on it when she was learning to read: “Flower.”

I see girls in multi-hued prom dresses on the front lawn posing for photos while their dates stand around looking surprised that this is happening to them. Over there is a dog I trained on this very grass, down on her belly forty yards away and waiting for me to tell her to get up and come.

I still see the shadow of the canopy we had put up for my 60th birthday party — or maybe it was somebody’s graduation, the one where I put olives in the eye sockets of a roast pig to the distress of several adolescent vegans. What a yard. It was a family joke — no joke at all, really — that I would not let anyone else mow the front because the lines left in the turf had to be straight. One year I started cutting it on the diagonal and the shock reverberates in our family to this day. Now I’m the only one here to mow the front. Still looks as it should.

The parade of sunsets…

And, always, there was and still is that view to the west. It somehow did not occur to us until we moved in that we had built a viewing platform for an enduring parade of spectacular sunsets, some 7,300 of them and counting.

On all but the murkiest of days the afternoon gives way, imperceptibly and then suddenly, to an arched vault of cerulean sky that is steadily rimmed along its far borders with bands of red and pink and flame-orange, the whole horizon setting itself ablaze and then fading ever so slowly to an ember before going out.

Because we’re surrounded by open country, this is a popular area with local hot-air balloonists. Lots of soft places to come down on in an emergency, though there’s never been one. The airborne eye candy drifts over toward the end of the day, mostly in the summer above a carpet of green, and I wonder what they think of our home as it passes by below them. I’m guessing it looks like a nice place, one you wouldn’t leave if you didn’t have to.

…the spray of the Milky Way

What if we moved somewhere that was not far away from everything, as we are here, where it is truly dark at night, except when it is not? We’ve grown accustomed to the spray of the Milky Way in the great void overhead, and to winter nights when the moonlight falling on the snow-covered landscape casts shadows beneath the trees and it seems almost as bright out as midday.

To downsize from here wouldn’t just make our home smaller. It would make our life smaller.

We’re used to seeing coyotes trotting across the hayfield behind us, lit by starlight and howling now and then at a passing train. In midsummer a chorus of frogs and toads calling to one another swells mightily and it is hard to ignore the intense thrum of life that animates the world. We are far from everything and yet in the middle of it all.

To downsize from here wouldn’t just make our home smaller. It would make our life smaller. Who wants to shrink what is left? Our family wouldn’t know how to visit us in another place. How could they? They’d find only us there, and not themselves.

So we’ll stick it out. The nest isn’t empty, it’s overflowing. We need every inch of it. Because what they say isn’t true. You can go home again. It’s even easier if you never leave.

See Also: How to say goodbye to your stuff without breaking your heart