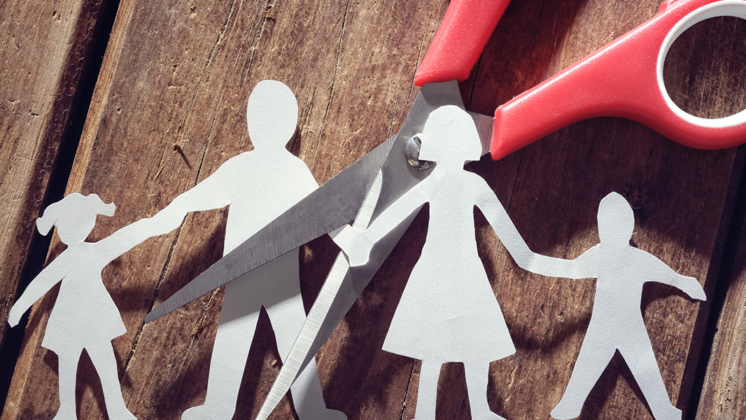 If you’re keeping track of divorces among gazillionaires aged 50 and older, then Wednesday was a notable day. Jeff Bezos, 54, the founder of Amazon, and his wife MacKenzie, 48, officially announced that they’ll be divorcing after 25 years of marriage.

The couple live in Washington, a community property state that requires couples to evenly divide the assets that either spouse has earned during their marriage. Jeff Bezos is currently the richest person in the world, according to Forbes, worth a whopping estimated $136.1 billion.

An even split would make MacKenzie Bezos the fifth richest person in the world, judging by the Forbes rankings at the time the split was announced—and the wealthiest woman by far. It would also, according to Wikipedia, make Bezos breakup by far the most expensive gray divorce of all time.

The couple are certainly not unique in splitting up after a couple of decades or more of marriage. According to the Pew Research Center, the divorce rate has roughly doubled among couples over age 50 since the 1990s.

There’s a constellation of factors for the jump in number of these so-called gray divorces. Some attribute the increase to the fact that many baby boomers are on their second or third marriage, and divorce rates in couples that have been married before are double those of first-time spouses.

Others point to the longer life span of baby boomers: If you’re unhappy and know you might have another 20 or 30 years in you, why stick around?

But like any ordinary divorce, things can get complicated once you add large amounts of money. Did we mention the $136.1 billion?

Of course, most gray divorces don’t involve billion- or million-dollar estates. Still, Bezos has some expensive company. According to Wikipedia, the five most expensive gray divorces, as measured by the estimated value of the settlement at the time of the split, are as follows:

The world’s richest man has been married to his wife, a novelist, for 25 years. Within hours of the couple’s divorce announcement, multiple media outlets reported that Bezos has been having an affair with former TV anchor Lauren Sanchez, 49, who is married to a TV executive.

The billionaire French art dealer and businessman was divorced from his plastic surgery-obsessed wife after she allegedly caught him in bed with a 19-year-old.

The Australian media magnate was married to the former journalist for 32 years. But don’t feel too bad for either one: Rupert married his third wife Wendi Deng only 17 days after the divorce, and Anna became an instant billionaire with an estimated settlement of $1.7 billion. Murdoch divorced Deng in 2013 and married former model and Mick Jagger partner Jerry Hall in 2016. As of press time, they’re still married.

The diminutive former head of Formula 1 racing was married to the former Armani model for 23 years. In 2011, he was estimated to be the 4th richest person in the U.K., so apparently the settlement didn’t knock him back that much.

The Vegas hotel and casino magnate first married Elaine Pascal in 1969; they were together for 23 years before divorcing in 1986. In 1991 they remarried—this time lasting all the way until 2010 when they split for a second time.