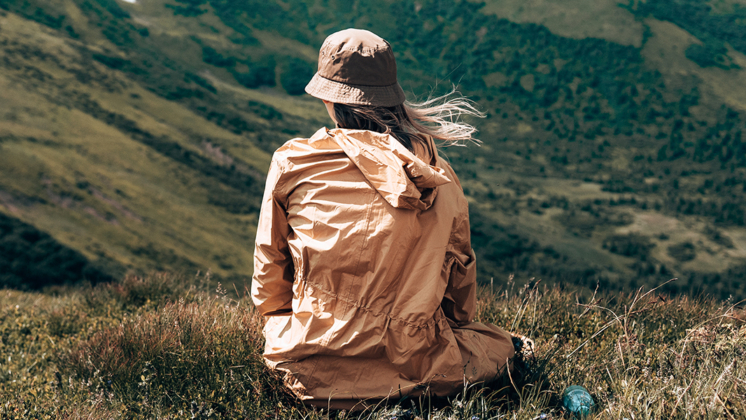 “All of a sudden I saw myself lying there,” “my whole life flashed before my eyes” and “go toward the light” are all phrases commonly associated with near-death experiences (NDEs).

NDEs are rare states of altered consciousness that occur in the context of a life-threatening event. The International Association for Near-Death Studies estimates that 774 NDEs occur in the U.S. each day.

People have long shared accounts of their, often life-changing, NDEs. The accounts are often laced with complex emotions: “Writing about near-deaths means trying to penetrate that space where death could be imminent but living still remains a possibility,” Edwidge Danticat wrote for The New Yorker. “Whereas death is the end of life as we know it, and as others around us are living it, having a near-death experience means someone’s been given an opportunity that most other people haven’t had.”

However, despite all the detailed first-person accounts of NDEs, researchers have not been able to develop an unbiased method of analyzing the occurrences — until now.

A team of researchers from Western University in Ontario, Canada, and the University of Liège in Belgium used automated text analysis software (a combination of artificial intelligence technology and text mining) to create a science-backed articulation of what NDEs are like.

Their study, which was published the journal PLOS One involved 158 participants who had been through NDEs. Each of them was asked to write a first-person narrative describing their near-death experience.

The researchers then used artificial intelligence and text mining to extract keywords from the narratives and develop visual “maps” of the terms. The results illustrated the distribution and frequency of positive and negative NDEs.

“Text mining is completely unbiased. It is fully automatic, and we, as researchers, don’t make any assumptions,” said study co-author Andrea Soddu, an associate professor at Western University.

So what did the researchers find?

Words that were most often used to describe their near-death experiences were: light, well, see, body and felt.

For example, words that were most often used by participants to describe their NDEs were: light, well, see, body and felt. The less-used words included: black, dead, and fear.

In summation, the researchers wrote: “Despite their circumstances of occurrence, NDEs are generally experienced as extremely pleasant and can induce life-changing consequences on the experiencers’ set of values and attitudes towards death.”

Going forward, more research will be carried out and will include a greater volume of NDE narratives. However, this study has paved a clearer and easier path to understanding the previously cryptic near-death experience.