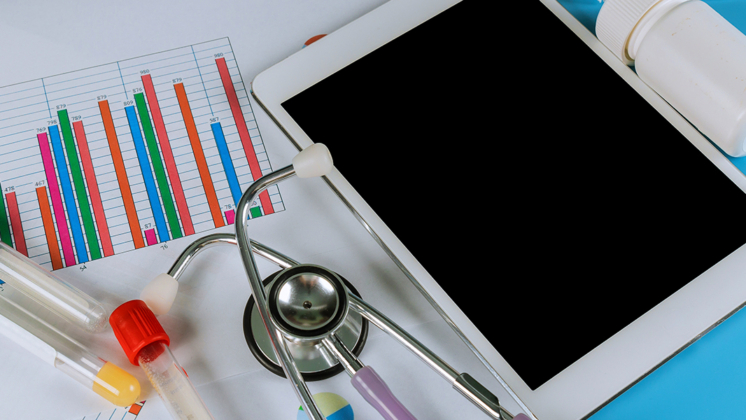 Each year, the Centers for Disease Control (CDC) releases a table detailing stats on the leading causes of death in the U.S. The most recent National Vital Statistics Report names heart disease, cancer, and accidents as the top three causes of mortality. Below, we detail each leading cause of death and statistics surrounding them.

Heart disease is the leading cause of death in the U.S. It’s often diagnosed when people begin to show symptoms such as arrhythmia, high blood pressure or cardiac arrest.

However, there are many steps people can take to lower their likelihood of suffering from its most tragic manifestations, like a heart attack or stroke.

Cancer is a disease in which abnormal cells divide uncontrollably and destroy body tissue. It’s also the second leading cause of death in the U.S.

“Often cancer gets missed or is advanced when patients don’t get recommended screenings,” says Sandy Kotiah, M.D., a medical oncologist and director of the Neuroendocrine Tumor Center at Mercy Medical Center in Baltimore. Her advice: Don’t ignore warning signs.

Accidents are another prominent cause of death — especially those that involve falling. Nearly three times more adults age 75 and older died from falls in 2016 than in 2000, according to a report in the Journal of the American Medical Association.

Chronic lower respiratory disease (CLRD) — the fourth leading cause of death in the U.S. — is a group of conditions that affect the lungs.

According to the World Health Organization (WHO), some of the most common CLRDs include asthma, occupational lung diseases and pulmonary hypertension. Risk factors for CLRD include tobacco smoke, air pollution, occupational chemicals and dusts, and frequent lower respiratory infections during childhood.

Stroke is the number five cause of death and a leading cause of disability in the United States, according to the CDC.

If you think you or someone with you is having a stroke. Call 9-1-1 right away. Do not “wait and see” if the symptoms subside. The sooner the patient gets medical attention, the better the outcome.

As we age, it’s natural to worry about developing dementia or Alzheimer’s disease — the 6th leading cause of death in the U.S.

The good news is that about a third of Alzheimer’s cases are preventable, according to research. Rather than drugs, lifestyle changes offer the best hope of avoiding these illnesses, including some moves that may surprise you.

Diabetes occurs when your blood sugar is too high. It’s the 7th leading cause of death.

Over time, having too much glucose in your blood can cause health problems, according to the National Institute of Diabetes and Digestive and Kidney Diseases (NIDDK). Although diabetes has no cure, you can take steps to manage your diabetes and stay healthy.

As we get older our immune system begins to weaken, which is why people over 65 are at a greater risk of complications from influenza and pneumonia.

It’s important to get vaccinated for both the flu and certain types of pneumonia to decrease your risk of infection. Another crucial preventative measure is making sure to wash or sanitize your hands frequently to quell the spread of germs.

Nephritis, nephrotic syndrome, and nephrosis involve inflammation of one or both kidneys (aka kidney disease). Having diabetes or high blood pressure can increase your risk for developing chronic kidney disease, the 9th leading cause of death in the U.S.

See Also: The most distinctive cause of death in each state