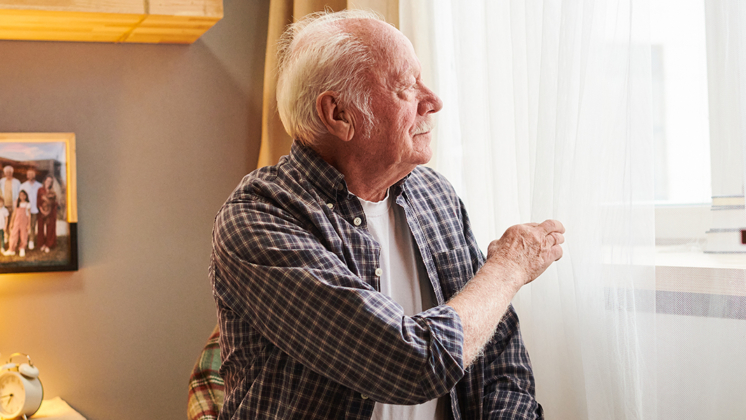 I love nothing better than laughing and reminiscing with my best friends—“Remember when we….?” and “What year was it when…?” The stories flow.

Maybe about wearing teeny Betsey Johnson dresses we thought were proper office attire way back when. Or the inexplicable silver Dead Swan Pitcher one of us received as a wedding gift. Or lurching sleep-deprived through our colicky babies’ infancies. Or surviving disastrous vacation rentals where rodents scurried through the walls.

Yet in recent years, I have fewer friends to reminisce with. This midlife era has brought a nasty volley of hard losses as my pals have started to vanish from this earth. And I’ve felt wholly unprepared.

The first time a peer passed away, I was in my mid-40s. It was the morning of my younger son’s birthday, and after some furtive, last-minute gift-wrapping while he was still asleep, I grabbed my coffee and picked up the Sunday paper.

As I paged through the local news section, there was my friend Melissa’s face staring out at me amid a sea of small-type obituaries.

Her smiling face—young, eyes sparkling—felt so out of place. Cancer, at 46. I hadn’t known her situation was that dire, I hadn’t believed she could really die.

Her loss was like a hood pulled tight over me in the following days, weeks, and months. Going through everyday activities—picking a kid up from a party, commuting to work—I’d burst into tears and wonder, “Why doesn’t Melissa get to do this? Why isn’t she here with us?”How did we get old enough to be talking about death, and have it be so close?

I reached out to our old friend group, feeling as if I needed to share stories. Did they know about the crazy pilgrimage she and I made, following Tears for Fears on tour?

Or what a good cook she was, teaching me how to make the Silver Palate’s Honey-Mustard Chicken? Or how she was the pun-iest person in our office, who could always be counted on to have just the right play on words for any occasion? Or how that little wink she’d give you during deadly office meetings would buoy you?

How did we get old enough to be talking about death, and have it be so close?

It was as if I thought by desperately recounting the shape of her, what made her so singular, it would somehow conjure her back to life.

I was able to say it was an anomaly, a woman dying in her mid-40s.

But as the next few years and then decade passed, the pace quickened. My high-school friend Alice, who back in the day had introduced me to fishnet stockings, the music of Iggy Pop, and mail art, passed away from a relentless cancer that inched its way through her body.

When I visited her, we’d talk about her crazy teenage self, her art projects, the birds in her yard, her terror of dying and her anxiety about how her mother, who had dementia, would be taken care of.

How had we come this far from those days of cutting gym class together, sneaking around the Village after-hours, and sharing grand schemes to travel through Italy for a year?

How did we get old enough to be talking about death, and have it be so close?

When the grief keeps going

Then Carla, the woman I wanted to be when I grew up, got sick. She was a decade older than I was, and I had interned for her when I was a freshman in college.

She was a “free spirit” out of central casting, and she took straight-arrow me under her wing, determined to show me how to float through life with a little bit of the joy and fairy dust she had in abundance. She’d say to me, “Stop being so serious. It’s time to get on the Fun Patrol.”

We drank ridiculous pink Champagne cocktails for no reason and in the afternoon—scandalous by my standards. She finagled a way to have us arrive at concerts in an amazing white vintage Jaguar, slung so low we practically had to crawl out of it on all fours.

She decided we both had to let our inner artists out, and there were weekends spent making insane home movies, trying to sew clothes, and collaging our hearts out.

She showed me a completely different way of life and swept me along in the wonderland she created.Friends are departing before we ever thought they could or could tell them the incredible meaning they have for us.

She was told she had a rare cancer a couple of years ago, but fear soon turned to optimism—a perfect match had been found in the donor registry and she’d get a stem-cell transplant. Her medical team said she would be not just good as new but better than new.

She’d have the immune system of the 20-year-old donor. That is, if graft vs. host disease didn’t set in. When I visited her for what would be the last time, in a rehab facility, it seemed impossible that she wouldn’t get better.

Friends are departing before we ever thought they could or could tell them the incredible meaning they have for us.

She had a plan—a crazy, wacky, creative dream—in mind for us. We’d all chip in and buy a ramshackle farm in Ireland or Scotland. It would be overrun with sheep, and we’d create a retirement commune. We’d each have a little stone house, and we’d knit, make whiskey, and bake scones, and we’d never leave.

But leave, she did, and all that magical dreaming went with her. As the song goes, “All you’re left with is the memories that hold your life together like glue.”

Beyond the heartache and the memories, I’m left with the realization that midlife is a downhill slide; a sad, slippery one, with friends departing before we ever thought they could or could tell them the incredible meaning they have for us.

Is this the new normal?

I’m also learning that midlife means, for any of us, at any moment, our number can come up. Hot on the heels of Carla’s passing, my friend Michael was diagnosed with pancreatic cancer. He was a model citizen of green-juice-drinking, gym-rat health, and in a year, he was gone.

Michael was one of those people who reinvented himself regularly and made the rest of us think, “Maybe I can, too.” He was sequentially and sometimes simultaneously an activist, art director, café owner, student, therapist, and playwright.

If you needed an ear, a hug, and some brilliant advice—he was the guy.

And probably one of the best, funniest storytellers on the planet. How I wish I could stay in that zone forever, listening to him share about the program he was spearheading for domestic-abuse survivors, rail against certain politicians (take a wild guess), or debate the best Kate Bush album or worst horror-movie of all time—no topic was too lofty or too low.

I’ve become that person who really, really wants to see her friends and makes it happen at the risk of going full-bore stalker.

I’ve become that person who really, really wants to see her friends and makes it happen at the risk of going full-bore stalker.

In my younger misconception of advancing years, I thought we each got 75 years, give or take. Maybe more. And I thought we’d sail along with most of our friend group intact, doing whatever it is that connects us—blabbing endlessly over coffee, being next to each other in yoga and exchanging knowing looks, seeing sappy movies on opening day with wads of Kleenex stuffed in each one of our purses.

It never occurred to me how badly things could unravel so much earlier than that.

I get it. We aren’t young anymore. We’re at the moment of not knowing whether it’s a year or two, or a decade or two or three, that lies ahead.

That friend we see every spring may not be around next spring, or maybe we won’t be.

So here’s how I’m dealing: I’ve become that person who really, really, wants to see her friends and makes it happen at the risk of going full-bore stalker. If it’s raining, so what? It’s just water. I’ll be there to meet you, maybe five minutes late. If you cancel on me, that’s okay. I’ll reschedule and reschedule again, hoping we get to have that lunch before this year becomes next year. I’ll do boring things with you; I’ll sit with you while you babysit your flu-ridden grandchild; I’ll accompany you to Trader Joe’s.

Just let’s keep seeing each other as much as we can, while we can—okay?

This article originally appeared on NextTribe.com, the magazine for smart, engaged women over 45.