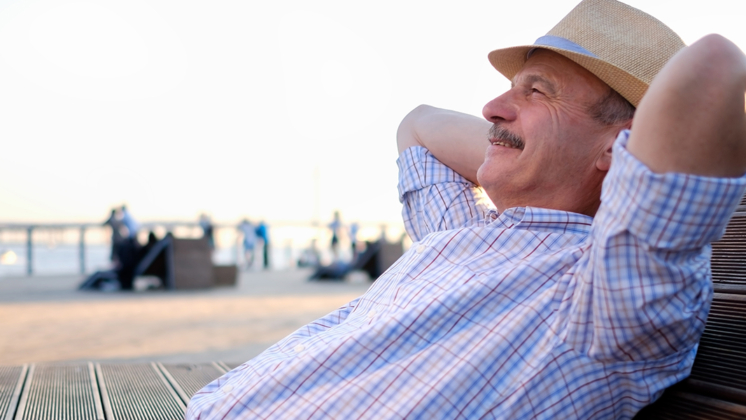 For generations, if you were older and single, the assumption was that you weren’t happy about it.

Older women, especially, who were alone for any reason — widowhood, divorce, or simply not meeting the right person — were the recipients of sympathetic clucks and dating suggestions from well-meaning friends, and they often felt shy about attending events usually frequented by couples.

But increasingly, men and women in their 50s and 60s are thumbing their noses at the notion of couple-hood as an expectation — or even a desire.

“Dating? Absolutely not. I have zero interest,” says Janice (last name withheld), a divorced 59-year-old who lives in the San Francisco Bay area.

“I love my freedom and independence,” says entrepreneur Linda Rodin, who just turned 70.

Why single is the new normal

Whether or not people are choosing to stay single for good, statistics show that it’s become far more common, across all ages. While only 28% of U.S. adults were single in 1960, the number now stands at an astounding 45%, according to the U.S. Census Bureau.

This is fueled by a rising divorce rate among older Americans: The divorce rate for adults age 50 and up has doubled since the 1990s, according to a Pew Research Center report. And only 15% of divorced or widowed women say they want to remarry, found Pew, while 29% of men say the same.

“It used to be that only couples were invited to a party or a dinner. Now, there is no stigma to showing up single.”
Helen Fisher, senior research fellow at The Kinsey Institute

And while the overall rate of remarriage is high, single older boomers are starting to view remarriage less favorably, says Pepper Schwartz, Ph.D., a professor of sociology at the University of Washington, sexologist, and author of Snap Strategies for Couples.

“When they get divorced or widowed or have been single later in life, the motivation to pair up and shake up their life is muted,” she says. “And often, the conditions of past marriage were painful enough and difficult enough that they are loath to re-enter that fray.”

Women, in particular, who were raised to feel they needed a husband for financial stability and validation, often find themselves reveling in their newfound independence, says Schwartz.

And then there’s the sweet freedom.

Says Janice: “Yes, I have some caregiving responsibilities to my aging mom and my adult kids, but this is the first time in my life that my needs come first — and it’s pretty damn glorious.”

The perfect party of one

In the not too distant past, you may have found it hard to have a full social life as an older single. “It used to be that only couples were invited to a party or a dinner. You really couldn’t go out alone. But now, there is no stigma to showing up single — at all!” says Helen Fisher, Ph.D., a biological anthropologist who is senior research fellow at The Kinsey Institute, author of Anatomy of Love, and chief scientific officer at Match.com.

Dr. Gail Saltz, clinical associate professor of psychiatry at the New York Presbyterian Hospital, a psychoanalyst, and author of The Power of Different agrees. “If a single person has designed their life as they want it and filled it with things that reliably make them happy, they are really only looking to pair up with someone who truly enriches their life,” she says.

That’s true for Rodin. “I see my family and friends, and I have the time to pursue my passion project of making leashes and collars for doggies. I can yell at the TV during political shows.”

And by middle age, you may be well aware that there’s no point in fixing what isn’t broken. “The annual Single in America Survey I work on found that people over 60 are least likely to give up the lifestyle they have unless they are head over heels, and they often can’t be bothered to look,” says Fisher.

That makes sense to Janice. “I’m working harder than I imagined I would at this age, and I’m able to travel to the places I always wanted to — my life is full, and my heart is happy,” she says.

That’s not to say there aren’t downsides. While Janice says she doesn’t miss sex right now, she hasn’t yet found a group of friends who share her keen interest in travel.

“Real-life romance isn’t what you see in the movies. It’s hard work.”
Robert, 63

“My ex and I took lots of little weekend trips which were so exciting,” she says. “Right now I don’t have too many friends interested in or able to travel that way, so that is a void. I’m hoping to cultivate pals who want to join me.”

Prevailing wisdom has it that it’s primarily women who are happy alone (consider the “crazy cat lady” stereotype). And, as Pew reports, divorced or widowed men are far more likely than women to say they want to remarry.

But while it’s true that women dominate the single-by-choice crowd, men are increasingly jumping into the fray, says Schwartz. “When it comes to men, staying single may be the minority, but it’s not the anomaly.”

“When it comes to men, staying single may be the minority, but it’s not the anomaly.”
Dr. Pepper Schwartz
University of Washington

Robert (last name withheld), a divorced 63-year-old Midwesterner, is precisely one of those men. “I can’t tell anyone — my kids, my friends, my coworkers — that I don’t want to date. They’ll just lecture me. Everyone wants me to be on the dating sites, saying, ‘You’re such a catch’ and ‘You don’t deserve to be alone.’ But I don’t think being alone is punishment!”

Yes, there are things he misses. “I’ve had to learn how to grocery shop, deal with the dry-cleaning and a bunch of other things. It still sometimes feels weird to come home to a dark and empty house. And for sure, there are times when I would really like a warm body next to me in bed.”

Thinking about the compromises that warm body would entail, though, makes Robert think twice. “Real-life romance isn’t what you see in the movies,” he says, “It’s hard work. For me, there’s genuine pleasure in being able to crash on the couch, watch endless football, and leave a dirty dish by the sink.”

Says Janice: “If Prince Charming appeared on my doorstep, perhaps I could get my libido back. In the meantime, I am reveling in the freedom — after 30 years of cooking dinner every night — to just be at home and order whatever food I want, when I want.

“That, and the lack of laundry and having the bathroom to myself, are huge upsides for me right now.”