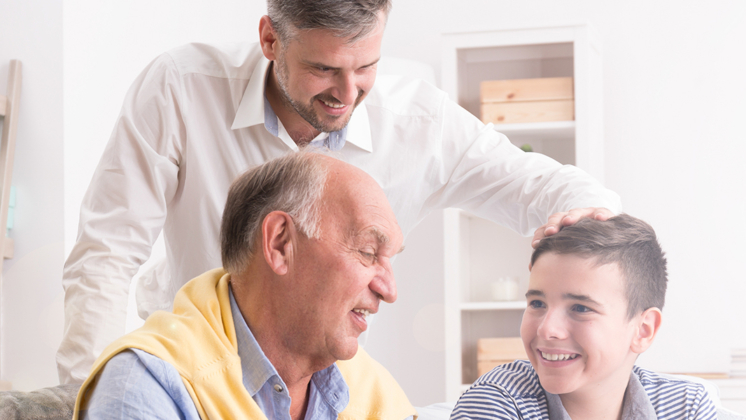 Helen Neal-Ali’s kitchen window looks out on a playground at New Life Village in Tampa, Fla.

If a child scraps a knee getting off the swing or seems out of sorts, she might offer a hug. Older kids join her on Tuesday nights, when she runs youth mentor group to teach social skills and good citizenship.

“These are all our babies,” says Neal-Ali, 61, who moved into a two-bedroom townhouse with her daughter and two grandchildren in September, 2017.

The New Life Village intergenerational community was founded in 2008 to help nurture and support kids who have come out of the foster care system and their adoptive or foster parents. Residents pay a reduced rate for housing—Neal-Ali’s “senior unit” has 2.5 bathrooms, a patio and washer dryer and costs $800/month, below market rate—and are expected to volunteer in the community.

Neal-Ali expects her daughter and grandkids will eventually move out, but she won’t be going anywhere. She says she feels valued. “If anyone needs a babysitter or a ride to the store, we’re here. It’s a real community. I wish the world were more like this,” she says.

The benefits of intergenerational living

Though the concept of intentional, intergenerational living has been around for decades, it is quickly gaining steam.

These communities often focus on a specific group that may need support in everyday life, such as foster care families. For the older residents, the benefits include companionship and purpose.

“Studies show that seniors who aren’t isolated are more optimistic and take better care of themselves.”
Donna Butts, executive director of Generations United

“Older people share their stories and wisdom,” says Donna Butts, executive director of Generations United, a non-profit that promotes intergenerational living. “And they have someone else who loves them unconditionally. It’s a win-win.”

Older residents at New Life have a peer group of their own, and regular activities (tai chi, yoga, luncheons, monthly outings). And, at a time when older people often become isolated and lonely, New Life residents have 24/7 social engagement and neighbors who care about them. “Studies show that seniors who aren’t isolated are more optimistic and take better care of themselves—and their healthcare costs are less,” says Butts.

A similar concept is being adapted for other social issues. It may be adults with autism and other developmental disabilities, LGBT youths, or veterans with Post-Traumatic Stress Syndrome (PTSD).

Take Bastion in New Orleans. Dylan Tete, a West Point graduate who served in the Iraq War, thought the housing concept could work for his demographic: “wounded warriors.” In this case, they are veterans returning from the Iraq and Afghanistan Wars who need ongoing medical support.

He had veteran friends who were having a hard time transitioning from military service and grappling with PTSD. When Tete returned from Iraq in 2004, he suffered, too. “I felt completely alone and isolated and, in my darkest hours, was ready to give up completely,” he recalls.

“Everybody is here because we have needs of one sort or another. We want to feel safe or part of a community.”
Intergenerational housing resident Glenn Wofford

In 2017, the first residents moved into Bastion, a 5.5-acre property in the heart of New Orleans—and ten minutes from a new VA hospital. Today, 105 people call it home, including 35 children.

“As soon as we heard about Bastion, we wanted to be a part of it,” says Glenn Wofford, 63, a retired Marine, who moved with his wife Melissa, also 63, to Bastion last year. “Everybody is here because we have needs of one sort or another.  We want to feel safe or part of a community. I walk to my mailbox and see four or five people I know. Every chance we get we are interacting. We feel fulfilled and appreciated.”

Not all types of intergenerational living are formal communities. More older people are now participating in informal home sharing programs, where an older adult with an extra bedroom offers free or reduced rent to a student, in exchange for help with errands and chores.

Some independent and long term care facilities also offer free room and board to students. Gerontology students at the University of Southern California can live at Kingsley Manor in exchange for helping residents 16 hours a week. At Judson Manor, three graduate students from the Cleveland Institute of Music live in the senior community and offer concerts rather than rent. And pilot programs with this model are being developed at New York University, Washington University and Hunter College.

Whatever the configuration and the cause, intergenerational housing is on its way to becoming a mainstream option. “As our societal fabric feels increasingly frayed, these communities provide a way to bring people together and rediscover or reinvent what it means to be a good neighbor,” says Mark Dunham, a consultant at Generations of Hope, a non-profit that has gotten several intergenerational foster care communities off the ground.

Neal-Ali puts it in more concrete terms. “It’s like one big family. I know there are always people around to check on me.”