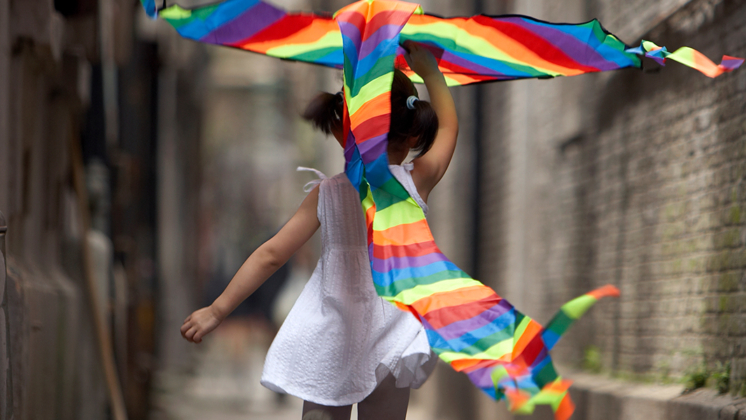 The other evening, I was in a supermarket I don’t much like or usually go to, but it is nearby and I needed something for dinner. I was contemplating the rotisserie chickens when someone called my name.

It was Christie, a woman I had known years ago. Our kids had played on a Little League team together, and I hadn’t seen her since those intimate days of bleacher life with its endless sideline exchange of information, philosophy, and recipes.

Life can be a rough ride, and when you haven’t seen someone in awhile it can be tricky catching up.

We hugged one another and I asked her how things were with her. She said, “Oh, pretty good … I’m actually just on my way home from a chemo treatment. I don’t usually come to this store — I don’t much like it — but I needed to get something for dinner.”

I didn’t ask her for more details.

We both said we thought the chicken looked pretty good. We said we should get together, and we exchanged phone numbers. It was a 50-50 chance that one or the other of us would call, but in this case we did.

We met for a cup of coffee a week or so later, on a bench in the spring sunshine. We talked about her treatment, our kids, the old days on the bleachers.

“I was at a wedding a few months ago,” she told me. “I saw that woman, Marina, from Little League! Remember her? Remember her shoes? How we always wondered which ones she would wear each day?”

We laughed, remembering Marina and her shoe collection: her leopard-print flats, her gold-heeled sandals, her immaculate hot-pink sneakers.

We laughed, remembering Marina and her wide-ranging shoe collection: her leopard-print flats, her gold-heeled sandals, her immaculate hot-pink sneakers. “I liked the sneakers the best,” said Christie. I said the leopard print had always been my favorites. “And her husband,” I said. “Remember how he always held his cigarette backwards in his hand? Seriously, how did he not burn himself? Remember how he used to yell at his kid so much? How awful that was?”

Christie put her hand on my arm. She said, “You know that kid died of an overdose a couple of years ago.”

I didn’t know that. Life can be a rough ride, and when you haven’t seen someone in awhile it can be tricky catching up. Christie had looked fine in the supermarket lights — rosy cheeks and the same soft curly hair she’s always had. There was no obvious sign of her present struggles. But it reminded me that you can’t always see what might lurk beneath the surface.

More stories on love and learning

Usually catching up is fine. It’s fun, it’s interesting, it’s a short trip across a placid lagoon. A list of locations (“Oh, yeah! He’s living in Denver now — she moved to California, who knows where next?”); jobs (“He’s a nurse …She’s working for … I don’t know … some kind of startup. … Who knows what they do?”); marriages (“I love/don’t love my son/daughter-in-law.”); divorces (“Good riddance!” or “I’m really broken up about it”); grandkids (a universal plus, but, “The parents these days!”); lack of grandkids (fingers crossed).

These are the comfortable rhythms of catch-up conversations. Peaceful, regular, and in tune, more or less, with the usual course of nature.

But you never know.

What if, for instance, it had been Marina whom I’d run into at the supermarket that night? Maybe I would have noticed that she looked older. For sure I would have looked at her shoes. Would they have been scuffed or run down at the heels? Would there have been clues for me to see, to warn me to ask carefully?

Marina isn’t someone I know well. I have only this one thing in common with her — our kids played Little League together. We spent a lot of time together, back when we all lived on the bleachers.

Ten or 15 years ago, if I had run into Marina, I would have plunged right in and said, “I haven’t seen you since Little League! I always remember your shoes. How’s your son doing? What’s he up to these days?”

I’m older now. Maybe not wiser, but warier. Now I keep in mind that the underwater icebergs are more common in these deeper waters of our older years.

All of us incur a great many sore spots over the years. We scrape against a lot of sharp rocks and snag ourselves on a great many pricker bushes.

It’s not that I think we should communicate in a more shallow way now that we’re older.

It’s more that we should try and communicate more gently, listen more carefully, steer more slowly. All of us incur a great many sore spots over the years. We scrape against a lot of sharp rocks and snag ourselves on a great many pricker bushes.

If I’ve learned anything at all about catching up with people, it’s to navigate the conversation so as not to blindly hit these spots and make them worse.

Maybe some evening I’ll run into Marina in the store, both of us, as usual, looking for something for dinner. I’ll say, “Marina, hey! I haven’t seen you in forever! How are you?” Maybe we’ll both be checking the rotisserie chicken. “You know,” I will say to her, “I always remember your shoes! They were so great, especially those leopard print flats.”

If she wants to tell me how she is — I mean really how she is — I will be happy to listen. But if she just wants to laugh and reminisce about her leopard-print flats, her pink sneakers, her gold-heeled sandals, well, that’s fine too.