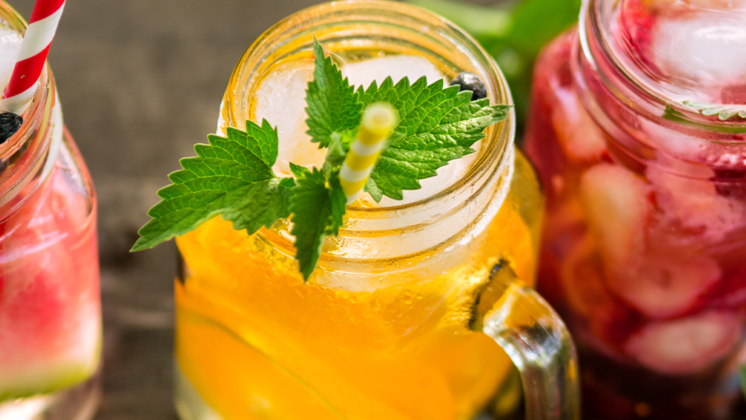 For one weekend every summer for the last decade, I have gotten together with five girlfriends at a weathered Jersey shore bungalow not far from where we all went to high school in the ‘70s.

Back then, we were “hippie chicks.” We wore our hair long and parted in the middle, paired our faded Levis with Mexican peasant blouses, and clunked around in Dr. Scholl’s wooden-soled sandals. We tanned from April to October, slathered in baby oil, took recreational illegal substances, and gleefully lied to our parents regarding our whereabouts almost all the time.

Some of my pals were Catholic and would pretend to go to Saturday evening mass. Instead, we would go to a local dive bar, show our fake ID’s, and shoot pool, using the money meant for the offering plate to buy beer.

We cut class, hitchhiked (especially if a cute ponytailed guy was driving), let the adventure take us where it might. The Grateful Dead, Allman Brothers, and Joni Mitchell provided the soundtrack to our lives.

The trouble with angels

Not surprisingly, we often got into trouble. Sometimes funny trouble, sometimes serious trouble.

Not surprisingly, we often got into trouble. Sometimes funny trouble, sometimes serious trouble.

Funny trouble included getting busted for smoking pot in a friend’s basement at 10 in the morning on a school day. Luckily, the police released us to our parents’ recognizance.

Serious trouble included experiences that would now fall under the #MeToo movement’s umbrella. As horrifying as the idea is in retrospect, in those days we kind of thought an occasional non-consensual encounter was just something every girl had to deal with. Jeez…we were young and naive.

Somehow, we survived. Most of us attended college. We all got married—one of us to a woman—and miraculously no one is divorced. Five of us have children.

There are big differences too, of course. Over time our incomes, lifestyles, and political leanings diverged widely.

I was the instigator of our first reunion. When one friend offered to host a weekend at her summer place on the Jersey shore in June, it wasn’t hard to get the others on board—even though we were now living in far-flung locations.

Still, we were apprehensive. We were in our fifties by then and a lot had changed.

What if the religious Republican whose daughter had joined the army got into an argument with the left-wing, gender-rights activist? Or our free-spirited friend, who has dedicated decades to cultivating a garden for homeless people in California, butted heads with the status-conscious New Yorker? Or the fashion editor among us (that would be me) judged another friend’s comfort sandals or easy fit jeans?

We needn’t have worried.

Once we convened, our focus wasn’t on our differences but rather on misbehaving much as we once did: getting too much sun, jumping in the ocean, day-drinking, telling stories, and, yes, listening to the Grateful Dead, Allman Brothers,  Joni Mitchell.

One friend brought weed she’d confiscated from her son. She’d told him she’d flushed it down the toilet.

One friend brought some weed she’d confiscated from her son. She’d told him she’d flushed it down the toilet—now, instead of our parents, we’re lying to our kids!

We laughed so hard that first weekend, that one of us wet her pants. Easy to do post-menopause, but here’s the thing: The same pal used to regularly lose control of her bladder, laughing, when we were kids.

We have always cracked each other up, telling tales of outrageous escapades—the more dangerous, embarrassing, sordid, the better. Humor saved us, even when our hearts were broken.

That was then, this is now

Now that we are in our 60s, the funny trouble we discuss often includes the perils of having raised our own wayward teenagers. Our mothers had warned us “the apples don’t fall far from the tree,” and, unfortunately, they were right.

More on getting away from it all

Looking back, we have a lot of respect for our parents. They made us get summer jobs as soon as we could get a worker’s permit. If we missed curfew, we were swiftly grounded.

But they didn’t hover or always try to fix our mistakes. We were free-range “chicks.”

Now, every youthful misstep can be photographed, documented, and posted for all eternity. How lucky we were to have fumbled our way to adulthood in a more anonymous age!

We were free for just a few days to be the careless, carefree girls we once were, in the safety of our friend’s backyard.

This year we sat on the beach (under umbrellas and wearing SPF) and rehashed all the funny, old, familiar stories of truancy and raging hormones. We also shared recent serious stuff: health scares, financial problems, kids’ stints in rehab.

No filters! Tears were shed. As my father used to say, “getting older isn’t for sissies”—but, then, again, we never were.

In the evenings, we looked up past lovers on Facebook, played loud music, danced, and made drunken videos, which we regrettably sent to some of our friends and loved ones. We didn’t worry about what we were wearing and didn’t even consider applying mascara or wielding a blow dryer.

We were free for just a few days to act like the careless, carefree girls we once were—knowing that we have each other’s backs—in the safety of our friend’s backyard. We keep our confidences between us. It’s a sacred trust.

This is the deep comfort that comes from long-lasting friendship and it is what compels us to keep coming back, year after year, to our Jersey shore retreat.

We were together, as friends, before we forged our grown-up identities, met our respective spouses, had our children. And we hope to be there for each other after our working lives are over, our nests are empty and, sad to contemplate, after our spouses may be gone.

These women are the bridge between who I was and who I am now. They “get” me in a way no one else can.

In this, I have a good role model.

These women are the bridge between who I was and who I am now.

My mother is 91 and still has three close female friends. They are all widows. They haven’t been BFFs since high school, but they have known each other a very long time and seen each other through so much—including the deaths of three adult children.

They volunteer, play bridge, watch Dancing With the Stars, meet for dinner at least once a week and, occasionally, argue and get on each other’s nerves.

But the constancy of the relationship, and the understanding and forgiveness that come with it, is what matters most to them.

If my friends and I are as lucky or as blessed, we may have a few more decades to hold each other close, act crazy, and make each other laugh—at least once a year.

And, no doubt, the Grateful Dead will be playing in the background.