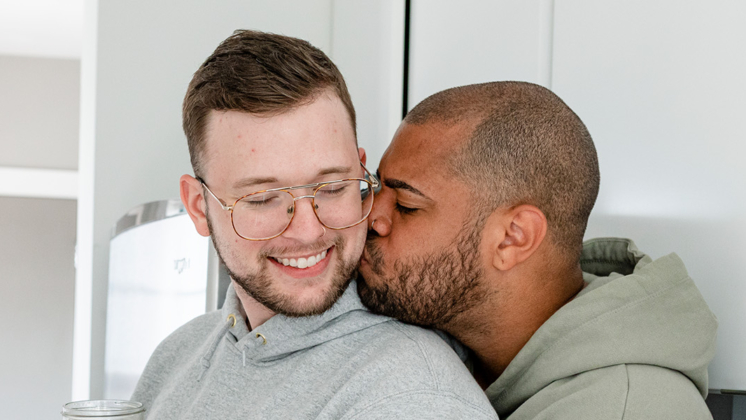 The rules for a happy marriage are always bandied about with a reverence usually reserved for the Ten Commandments. But it turns out these rules are not set in stone. And, according to our experts, you should break these rules to keep your marriage in good shape.

A lot of rules are myths, says Terri Orbuch, Ph.D., research professor at the University of Michigan Institute for Social Research and author of 5 Simple Steps to Take Your Marriage from Good to Great. They’re not relationship realities.

“It’s not always a good idea to stay up and resolve your differences,” says Orbuch. “You might say something you’ll regret. Getting a good night’s sleep is a better idea. You’re much more likely to resolve things when you’re refreshed in the morning or later that day. You do have to come back and resolve it — usually within 24 hours.”

Orbuch says this myth has caused many marriages many problems. Because people think they can’t go to sleep until they’ve made up, they sometimes stay up long into the night, which often gets them only deeper into an argument. “If we changed our thinking and realized that it’s not a good time to resolve a conflict, then we could be more relaxed about solving the important issues later on,” she says.

2. Your spouse has to be your best friend

People have friends and they have a spouse, says Scott Haltzman, Ph.D., a former Brown University professor and the author of The Secrets of Surviving Infidelity.

“People expect a spouse to be everything,” Haltzman says. “They want their spouse to relate to them on a very close emotional basis, but relationships and studies show that while best-friend marriages do last, they sometimes have less satisfying sex lives.”

In addition to that, sometimes it’s easier to talk to friends about certain things — and friends are generally less inclined to judge. Of course you want to share activities, thoughts and feelings with your spouse, but one person can’t meet all of your needs, says Haltzman. So take the pressure off your relationship, and if your spouse doesn’t want to talk about emotional issues, or doesn’t want to do a certain activity, call a friend.

Studies show that couples lie to each other all the time, Haltzman says, and that it doesn’t typically have a negative impact on the marriage. “Ordinarily, both partners accept that there are some things that they would be happier not knowing, and trust that their partner is sensible or responsible enough not to make a bad decision that has serious repercussions.”

However, if you’ve made a rule that you should always be honest, then occasional fibs or lying will be destructive. “You definitely don’t want to lie about gambling or infidelity, or that you lost your job,” says Orbuch. But both Orbuch and Haltzman agree that usually couples are dishonest when it concerns money.

“I don’t think it’s OK to lie when you are directly asked a question,” says Haltzman. “If your husband wants to know if you got a new dress, then say yes! If asked how much, you can first say it was on sale. But if pushed, yes, you should tell the truth.” Haltzman suggests that couples set a dollar amount below which there need be no discussion about spending. For example, if it’s less than $100, both parties can be fine with the purchase.

If you think everything in marriage is split down the middle, you’re bound to be disappointed. “The problem,” says Haltzman, “is that when you’ve done what you think is 50%, your partner often perceives it as 25%. Meanwhile you’re waiting for his 50%, because you think he’s only given 25%. Relationships require you give to 100%. And you keep giving because your goal is to make your partner happy. And your partner will give 100%, too.”

Marriage is a give and take, and if you’re keeping score in yours, you are probably going to walk around angry. Besides, you can’t use numbers to quantify relationships. Over the course of a marriage, things usually even out. There are often shifts that go back and forth.

“There’s always compromise in marriage and what you should strive for is what is fair and equitable,” says Orbuch. “That’s what’s going to lead to happiness. If you go around thinking that it’s 50-50, then you’re going to become extremely unhappy.”

5. Once married, your marriage can take care of Itself

To a certain degree that’s true, says Haltzman. You got married because you felt secure and safe with one another. But think back to when you were dating: Will he ask me for a second date? Will she go if I ask? These uncertainties made the whole experience exciting. Now you don’t have to wonder.

“Predictability and reliability are the opposites of eroticism,” says Haltzman. And they can sometimes hurt a marriage. “To solidify connections, it’s a good idea to spend a little time apart.” That’s why couples don’t need to have all the same interests, he adds. They should have some common beliefs and shared activities. But they should also pursue their own interests.

You can also create some of the same excitement you felt when you were dating by introducing the element of the unexpected into your marriage. “Surprise your partner with tickets to something fun. Bring home flowers. Go to a new restaurant,” Orbuch says. The things that make dating fun and exciting — the newness of it all — can make a marriage more fun, too.”