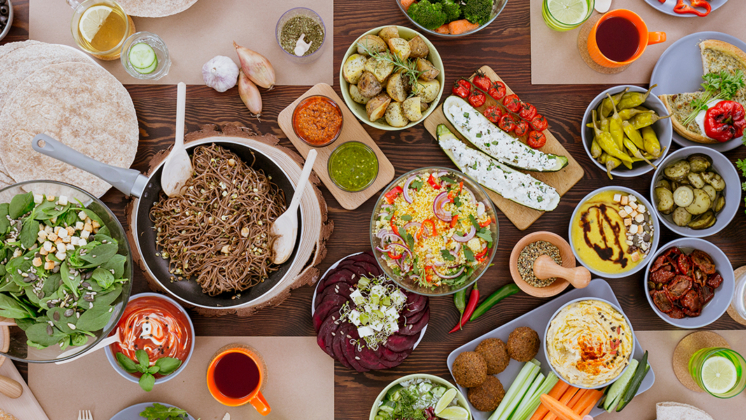 It’s what we’ve been told all our lives — burn as many calories as you take in, and you’ll maintain your weight. It’s why you think you can walk off those French fries, or treat yourself to a bag of pretzels after an hour at the gym.

Just one problem — it might not be true. A study published in The BMJ found that, for maintaining weight loss, calories from low-carb foods are better than those from high-carb foods.

In the study, people eating a low-carb diet sped up their metabolisms by about 250 calories a day compared to those eating high-carb diets. That’s a notable difference — it could translate to a 22-pound weight loss over three years, on average.

The low-carbers also had other differences that might help them keep weight off. They had significantly lower levels of ghrelin, a hormone that can make you hungry, and leptin, a protein linked with storing body fat.

And choosing a low-carb diet may make even more of an impact as we get older.

“With age, insulin resistance tends to increase and lean mass decreases,” says David S. Ludwig, MD, PhD. Those changes can slow our metabolisms, making it harder to keep weight off.

“So our findings may provide special benefit to older demographic groups — but this speculation requires more study,” he says. Ludwig is one of the study’s principal investigators and an endocrinologist, researcher, and professor at Harvard Medical School and Harvard School of Public Health.

During the study, a sample dinner included a selection of salmon, spinach, oranges, and milk for everyone. The low-carbers added peanuts and cheddar cheese. The high-carbers ate long-grain and wild rice, whole-wheat bread, vanilla yogurt, and dried cranberries instead. Calorie counts were controlled.

If you’re sold on cutting carbs, try chopping out refined grains and added sugars first — they seem to be linked with fat storage.

The nitty-gritty on the study

The study examined 165 adults age 18 to 65 with body mass indexes that put them in the “overweight” or “obese” categories. First, before the study started, they each lost 10% to 14% of their body weight.

Then, researchers divided them into three groups, taking in 20%, 40%, or 60% of their calories from carbohydrates. Protein levels stayed fixed at 20% for everyone. Fat made up the rest of the calories for each group. The participants followed those diets for 20 weeks while researchers studied how they maintained their weight loss.