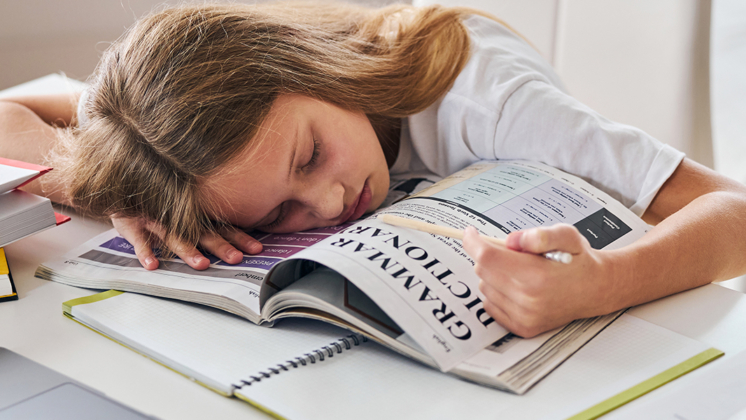 What happens when you’ve binge-watched everything on your list and taken care of all your little home improvement projects? Perhaps it’s time to revisit some of the ways we amused ourselves as kids.

Before the internet gave us instant information and non-stop entertainment options, children fended off boredom any way we could. Sometimes this involved self-discovery, while other tricks were learned from older siblings or peers. Everyone wanted to share the neat thing they discovered or accomplished, although many of these things seem pretty wacky now.

If you were lucky enough to own an Etch-A-Sketch, you were tempted to try removing all the dust, line by line, until the entire screen was transparent. You could change up the method to break the monotony by clearing different sections of the screen, or if you were a purist, you wanted to do the entire thing with straight lines in order.

A successful clearing would reveal the inner workings of the device. The task was grueling, yet the goal seemed to be a monumental accomplishment.

I was the kid who spent hours methodically clearing the Etch-A-Sketch screen to see the inner workings and I turned out alright, officer.

If you were an only child, this could take hours or even days. However, anyone with siblings had to stay with the project, because taking a break meant that you-know-who would come by and turn the thing upside-down, ruining all your work!

Once we outgrew the kind of paste you can eat, Elmer’s glue proved to be a wonder. Once it dried, it became not only transparent but peelable! Who could resist the temptation to cover one’s fingers or hand with it, let it dry, and then peel it off in one piece?

If you were successful, you’d have a set of your own fingerprints. If you weren’t, well, it washed off with water. Many of us then tried it with rubber cement, epoxy, nail polish, and other adhesives until the day superglue convinced us to never do that again. It’s a trick you can still pull out when needed.

Wikipedia suggests the “cool S” may have originated in the 1980s, but you know better. It was passed from student to student much earlier than that. It was cool because the geometric shape began with six parallel lines and with a few more lines magically converted to an “S” or an infinity symbol.

4. Criss-cross applesauce, or crack an egg on your head

The cute little tactile ditty seems so wholesome in the above video and in this alternate version. But when we adolescents did it to each other, we set it up by having the subject close their eyes and spin around three times, and then telling them to imagine the apocalypse or some other horrid scenario. Talk about shivers!

It was so nice to sit in the grass on a sunny day, but it only takes a few minutes for a kid to get restless. So we would search for four-leaf clovers. That turned boring quickly, since we didn’t find any, but we found plenty of daisies or clover blooms.

While some were taught to make daisy chains from a parent or older sibling, many of us discovered it on our own, which led to a distinct disappointment when we found out we weren’t the first to do it. Did you use the slit-stem method, the braiding method or the hook method?

When you made it to the “big kids” level, maybe junior high, you were impressed with the desk  carvings. How did someone chisel their initials into the wood without getting into trouble?

You eventually learned it was only a matter of boredom and being assigned to the same desk for an entire year. Over time, it only took a nail file or even a sturdy ink pen to leave your mark. Carved wooden desks were eventually replaced by desks with modern laminate tops that were harder to damage and easier to clean.

Recently, a political commentator dropped an entire sentence in Pig Latin during a broadcast, and I was surprised that I could still follow every word. Remember when you first heard Pig Latin as a child, and it was totally incomprehensible? Once you learned the rules, it was simple, and with practice, you could rattle off secrets fluidly.

The effectiveness was all in the understanding of those around you. Do kids learn Pig Latin at all these days? It seems unnecessary, as a text will communicate secrets without anyone overhearing. Parents may still find it useful when talking above children.

When we were kids, you could buy calcium carbide pellets at the local store, as they fueled carbide lamps. We didn’t need a lamp, with its precise fuel feeding system. A soda can would do just fine. You add carbide to some water, which produces acetylene gas, and light the gas to produce cool flames and occasional explosions.

Later, we graduated to potassium, which could cause even more damage. That’s how the toilet in the men’s dormitory was shattered. Children still do these experiments, but usually only in class under supervision.

This is still a wonderful pastime, but the clouds we see every day will never compare to the Photoshopped ones on the internet.

When the new interstate highway was built through my town, we kids would dangle our feet off the bridge where the highway went under Main Street. Pump your hand in the air, and the passing truck drivers would blow their horn at you. Or maybe they were trying to warn us that what we were doing was extremely dangerous.

Long road trips could be boring for children who didn’t have movies and video games in the car with them. That why we developed car games.

A favorite in my family was counting cows, but only on your side of the car. A white horse or mule would double your count, while a cemetery would kill all your cows. You had to keep an eye on the other side, too, just in case your sibling “missed” a cemetery or lied about a white horse.

The interstate highway system killed off some observational car games, because the child sitting on the left side of the car couldn’t see much of the countryside across all those lanes and a median. But even now as the kids play video games, these road trip games are still useful for keeping a driver awake and alert, and can be quite fun for adults.

Nonsense words have been around forever. Remember the thrill of being able to say supercalifragilisticexpialidocious correctly to your friends? Later on, we were even more proud of memorizing the announcer’s test to impress our peers than we ever were of memorizing our times tables.

Other accomplishments were the ability to perform “Mairzy Doats” or the Three Stooges song “Swingin’ the Alphabet,” and being able to rattle off “The Name Game” with any of our friends’ names. Except Chuck.

Prank phone calls from kids ranged from harmless to horrifying, and once someone recognized your voice, the consequences could be serious. Such phone calls died out with the advent of caller ID. Still, the annoyance on the recipient’s end now seems fairly mild compared to how we feel about the frequency of robocalls in the digital age.