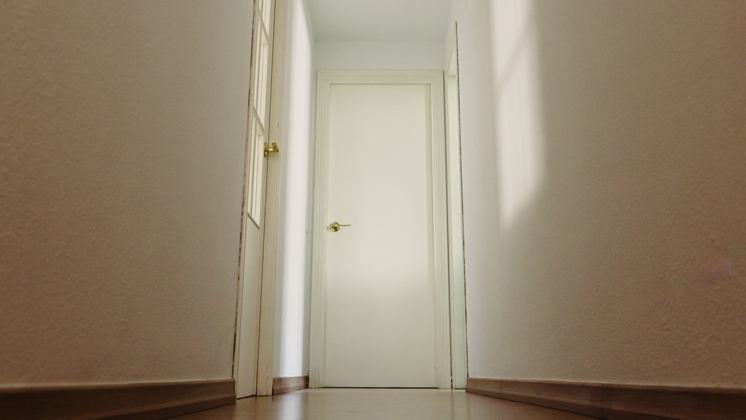 When asked about fire safety, most people will mention fire alarms, battery checks and maybe an escape plan. But an even simpler item — a closed bedroom door — should be part of everyone’s fire safety checklist.

This modest step can make a huge difference during a fire when every second counts and every precaution matters.

That’s because fires can burn through a contemporary home faster and with more ferocity than ever before, due to the prevalence of open floor plans and the combustible nature of the many flammable plastics found in modern furniture and household items.

And the evolution of the average home, from a smaller home with more individual rooms to a larger overall space with a more open design, provides a fire with more oxygen which it uses to got hotter and spread faster.

That means keeping the bedroom doors (and all interior doors) closed at night can prevent a fire from intensifying as quickly and from invading and destroying the room itself, where our loved ones are most likely sleeping.

While keeping doors closed can sound counterintuitive during a fire, studies have shown that this trick can indeed save lives. It’s also led to a “close your door” pledge drive. Anything that can buy time or increase safety should be welcome when it comes to fire safety.

Home fires serious enough to warrant a call to the fire department resulted in death just as often in 2018 as they did in 1978.

The most current statistics on fire safety, provided by the National Fire Protection Agency (NFPA), show an estimated 363,000 home structure fires occurred in 2018, resulting in 2,720 deaths, 15,200 injuries and almost $11.1 billion in property damage and losses.

The 2017 study also noted that the total number of fires and deaths both increased from 2008 when the previous fire estimate summary was performed by the USFA, though injuries and lost dollars both decreased over the same timeframe.

The NFPA notes that home fire deaths have declined steadily over the past 40 years, having hit a peak of 6,015 in 1978, though it’s also noted that death rate per 1,000 home fires has fluctuated wildly during that timeframe.

According to the NFPA, this indicates that home fires serious enough to warrant a call to the fire department resulted in death just as often in 2018 as they did in 1978.

If all this talk of fire is beginning to make you sweat, it’s important to be aware of the many simple steps you can take to be more prepared.

Having functioning fire alarms on every floor and outside bedrooms is one way. And closing doors at night to stop the quick spread of fire is another. Additional preventative measures include a fire escape plan and working fire extinguishers that you can access and use if needed.

So, be more fire-prepared by adding to your fire safety toolbox, which should now include closing your doors.

Staying warm is obviously a priority, but it shouldn’t create any hazards in the home. Here are some specifics to look out for.

Space heaters should have automatic shut-off switches, non-glowing elements, and should be kept away from flammable materials.  Don’t let Mom or Dad put them too close to the bed, or curtains, or the pile of old newspapers turning yellow from age in the corner.   And don’t let them place a space heaters on high surfaces or near water.

If your parents have a fireplace or wood-burning stove, make sure it has proper ventilation to the outside to avoid smoke and exhaust inside, along with proper grate to protect from the actual fire and embers.

Want to ‘age in place’? Make sure your home has these 6 things

The secret to life is just three words, according to Alan Alda