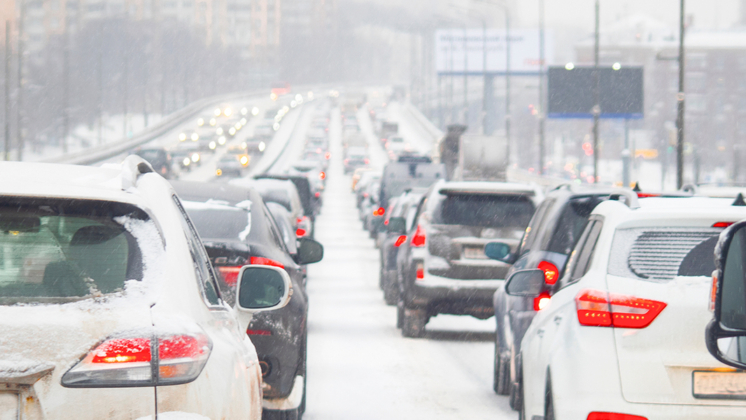 We’ve all been there: sitting in a long line of traffic because a lane is temporarily closed ahead.

Many drivers merge into the other lane quickly. Common wisdom holds that the sooner drivers form a single line the better; it’s rude and disruptive, we’ve been told, to bypass the dozens of cars inching along single-file.

When a car zooms by — ignoring all the patient, compliant drivers and arriving at the front of the merge ahead of everyone else — we tend to feel a surge of irritation.

But what if that impatient driver is actually doing the right thing?  What if that method of merging, called the “zipper merge” (for its similarity, when viewed from above, to a zipper’s interlocking teeth coming together), benefits all the drivers on the road and not just that one driver in a rush?

It may be annoying, but according to HowStuffWorks, research reveals the zipper merge is the most efficient way of keeping traffic moving — as long as drivers follow a set of rules for the occasion.

“Zipper merging is not cheating. It’s faster for everyone!”
William Van Tassel

William Van Tassel, AAA manager of Driver Training Programs, told Considerable that drivers need to embrace the zipper merge, and not resent those who do.

“Zipper merging is not cheating,” he said. “It’s faster for everyone!”

The right way to zip

Zipper merging doesn’t mean acting aggressively, Van Tassel stressed. Instead, drivers should remain in their lane up to the merge point before taking turns merging, like the teeth of a zipper.

He advised drivers in the lane that is closing to avoid approaching the merge needlessly fast.

“Barreling up to the merge point at a higher rate of speed can make you look greedy and aggressive to other road users, and if that occurs they may not leave you space to merge in to keep traffic moving smoothly.”

Van Tassel also reminded drivers to adhere to some simple rules of the road when approaching a merge: Don’t tailgate the vehicle in front of you, which can start a chain reaction that can slow down a long line of cars behind you. Make sure you’re giving your own vehicle plenty of space in front and behind.

And most importantly, chill out.  Or as Van Tassel told us: “No matter what, remain cool — either way, merging into a single lane will slow your progress a bit.”

Numerous states including Colorado, Kansas, Washington and Minnesota have been encouraging drivers to use the zipper merge, buoyed by research that shows zipper merges reduce congestion.

According to Van Tassel, “States seem to be experimenting with different types of signs to convey the message to merge like a zipper to drivers.”

This means new signage and increased efforts to change the old habits of many drivers used to a certain way of handling these situations.

So keep that in mind next time you come upon a construction zone featuring a lane closing.  Don’t get too mad at the driver staying in the lane that’s closing. In fact, think about being that driver.

Should you pull over for a funeral procession?