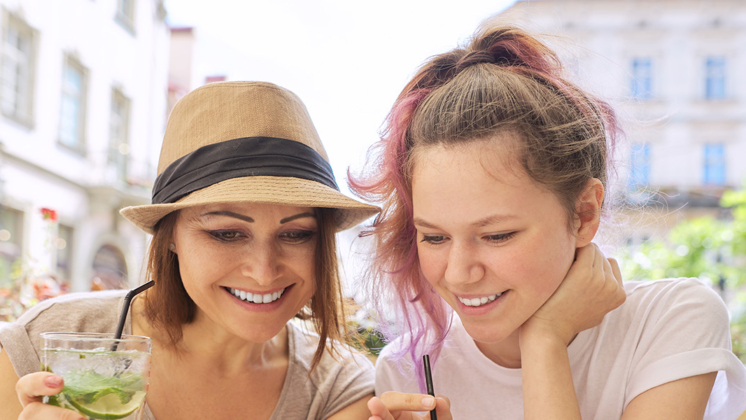 A few years ago, I lost my husband to a brutal two-year battle with kidney and heart disease. In the end, his heart failed—and mine was left shattered in a million pieces.

But hearts can be resilient and mine surprised me.

Against all the odds for women in their 60s, I fell in love with a great guy who I met on an online dating site. He, too, had been widowed after a long and loving marriage. Right from the start, we both knew we had struck gold. We are fully committed to spending the rest of our lives together.

There is just one problem: Charlie thinks we should get married and I see reasons why we shouldn’t.

Remarriage at any age can be a tricky business. While 52% of all first marriages end in divorce, a hefty 70% of all second and third marriages dissolve in ruins.

Here’s the thing: When you are young and you get married, you and your partner have little to lose, and plenty of time to make mistakes as you figure things out.

For older folks like me and Charlie, there’s a lot more to lose—from families and finances, to possessions and accumulated friends—and less time to spend getting it right.

Here are some of the issues we’ve got to weigh.

Remarriage has lots of legal quirks and twists for older people. Social Security, for one. A change in your marital status could impact what you receive as a widow.

Remarriage can also affect your ability to claim Qualifying Widow(er) filing status on your taxes. Basically, you lose it and the higher deductions along with it.

Who pays for the kids

My kids are 21 and 18; Charlie’s daughter is in her 40s. He and I both agree that whatever we have amassed in terms of wealth thus far in our lives—with the help of our late spouses—should be spent on, or wind up with, our respective children. “Kids come first” is our mantra.

I will be paying for two college tuitions starting in August. Eventually, I likely will be the underwriter for my daughter’s first apartment rent and my son’s study abroad semester.

Both my kids are still on my family cell phone plan, I bought them both cars, and continue to pay for the insurance they need to drive them.

Charlie’s daughter is older, but his wallet will be opened as she needs it, as she did a few years back when she decided to change fields and pursue another degree.

Whatever is his will be hers eventually, he says, and if she needs something now — well, why not? And I agree.

But even if I didn’t agree, as an unmarried couple, what’s his is his, and what’s mine is mine.

You can’t legislate acceptance. You can’t get it with a marriage license either.

That would change if we were to get married. California is one of nine community property states in the country. That means anything accumulated during our marriage would be jointly owned.

It also means, at very least, opening the door to conversations about our future spending decisions. Why do that?

To blend or not to blend

Getting married would make us a newly formed family, at least in the eyes of the law. So would we try to blend our families emotionally as well? And at this point, does it matter if we don’t?

We both agree that civility is a baseline, of course.

But do I expect that his daughter who travels constantly for work and her partner with an equally demanding job will come watch my son play high school soccer? No, not really.

What to do with our home(s)

With our kids being at different life stages and having little in common except that their surviving parents fell in love with each other, maybe continued civility is goal a’plenty.

You can’t legislate acceptance. You can’t get it with a marriage license either.

We do plan to merge living quarters. We both own homes that we’re planning to sell, and we’ll buy a new one together.

But if we buy a house together and one of us dies, will that person’s kids inherit half a house? Could the surviving spouse afford to buy out the other’s heirs?

The surviving spouse could automatically become the sole owner of the home, but that runs contrary to the plan to leave our wealth to our kids.

Also, our respective home equity isn’t equal. I could use mine to pay cash for a small home for us to both live in, holding the title in just my name.

But if we do that, how would we handle additional home expenses—like California’s hefty tax bill? Charlie’s a handy guy; if he remodels the kitchen, is there sweat equity involved? Is there a formula for this kind of thing?

And what if California house values drop? That would matter a great deal to the person who owns the home (me) and far less to the one who is living with her.

How to protect each other

Remember that damn lingering marriage vow about “in sickness and in health?” We sure do.

Charlie and I both did intense stints as caregivers for our spouses and those scars have been slow to heal.

Marriage makes you legally responsible for one another’s bills, including medical debt your spouse racks up.

Being a caregiver opened our eyes to what passes for end-of-life medical care in this country and we both have written the tightest possible medical directives about our wishes. Our bottom line: Nobody needs to be anybody else’s caregiver.

Show me a marriage vow that says that.

And if emotional torture isn’t reason enough to try and prevent your betrothed from the nightmare of caregiving, know that marriage makes you legally responsible for one another’s bills, including whatever medical debt your spouse racks up.

The bill for my husband’s last 20 hours of life exceeded $1 million. Thank you, Medicare.

The dogs. Yes, the dogs

Charlie and I have two dogs each. Our dogs are part of our family. Nobody gets rehomed, sent to a shelter, or anything else.

So what’s the point here, besides that sane people don’t really want to live with four dogs?

Easy: Which one will be the ring bearer?