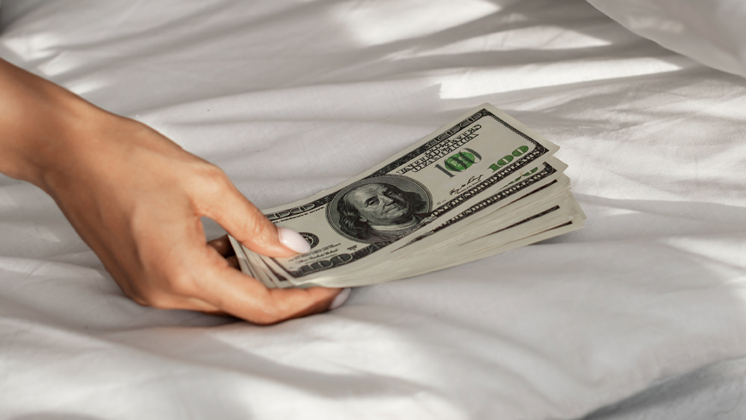 A secret cash stash, or a credit card your spouse doesn’t know about, might seem like a harmless thing.

According to a recent study from CreditCards.com, almost one in four older people consider “financial infidelity” to be a serious offense—even worse than a physical affair.

The good news, however, is that the baby boomers surveyed were far less likely to keep money secrets than other groups: Just 15% of older folks said they were currently hiding a bank or credit card account from their significant other, compared to 28% of millennials.

The cost of money secrets

Failing to disclose expenses—or income—from a partner is essentially a lie, but one that doesn’t necessarily come with malicious intent.

After all, you might be planning a surprise gift for your spouse, or perhaps be trying to save them from some kind of embarrassment.

But especially for long-term couples, finding out about a secret stash or debt can be an enormous shock. If the person you thought you knew so well has money secrets, what else could they be hiding?

Plus, after decades of earning and learning together in a long-term partnership, you’ve almost certainly weathered minor money storms, paid off some debts, accrued others, and (hopefully) put a retirement plan in place.

That all adds up to higher stakes than for younger couples, who might simply be nervous about owning up to a money blunder.

Compared to their elders, millennials are more relaxed about financial infidelity: Only 17% think that clandestine accounts are worse than clandestine sex.

One reason might be that younger adults have different expectations of couple finances, says Conor Richardson, a CPA and author of Millennial Money Makeover: Escape Debt, Save For Your Future and Live the Rich Life Now. A recent survey from Bank of America found that 28% of millennial households keep their finances separate, compared to 13% of boomers.

Just 15% of older people said they were currently hiding a financial account from their partner, compared to 28% of millennials.

In fact, about one in five millennials don’t even know how much their spouse/partner earns.

But while older couples are more likely to join bank accounts, they’re also more likely to agree on a certain amount of don’t-ask-don’t-tell spending, says Ted Klontz, co-author of Wired for Wealth.

Boomers may also not be accounting for smaller slips, like times they gave money to their kids or grandkids and said, ‘Don’t tell Mom,’ says Klontz.

Regardless, whether or not couples would get themselves in a lather over a financial cheat, the vast majority would give their partners another try: in the CreditCard.com poll, only 2% of respondents said they would leave a relationship over an undisclosed $5,000 debt.