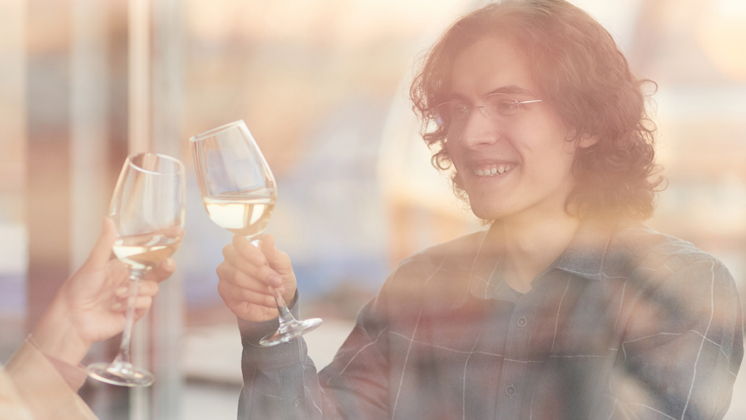 I recently had a bad case of Anniversary Reaction. Yes, that’s a real thing. It’s basically when the anniversary of a loss or trauma triggers memories and paralyzing grief. There have even been some studies about it — like the one from Stockholm University that tracked nearly 50,000 parents who lost a child between 1973 and 2008. Bereaved mothers who also died during those years had an increased chance of dying during the anniversary week of their child’s death.

Some say Anniversary Reaction is a Post-Traumatic Stress Disorder symptom. I say it’s an awful way to spend precious days of my life and I’d like to not experience it ever again.

In my case, January 4 was the third anniversary of my husband’s death. Now mind you, his first two death anniversaries came and went relatively unnoticed. In fact, on the first anniversary I actually needed to check the calendar to recall the exact date.

“I remember his life, not his death,” I told friends who found this unusual.

The second anniversary was much like the first, although my daughter wanted to light a candle, and so we did.

But anniversary #3 clearly had a mind of its own and wasn’t going to be satisfied with my fond remembrances of my husband in healthier days or a flickering flame.

My Anniversary Reaction kicked in at the end of December. I woke up each morning remembering precisely what had occurred three years earlier on that day.

When my Anniversary Reaction kicked in, I woke up each morning remembering precisely what had occurred three years earlier on that day.

Monday was the day my husband fell out of bed and texted me from the floor to please call the nursing station because no one had responded to his buzzer.

Tuesday was the day we were told he needed surgery to install a new, permanent dialysis port.

Wednesday was the day that my husband asked me to please bring him home to die.

Thursday was the day the insurance company said he wasn’t making sufficient progress toward recovery so it would no longer pay for his nursing home stay.

Friday was the day the nursing home called and said if I couldn’t afford to start paying privately, I needed to come and get him even though it took three people and a crane to lift him out of bed.

Saturday was the day a patient sitting in a wheelchair in the nursing home hallway grabbed my arm as I walked by. He called me Marcy and told me he wanted to die. I felt his fingers wrapped around my arm three years later.

And then of course came Jan. 3, when he wound up in the emergency room with an IV shoved in his jugular vein because his arms were oozing bodily fluids through small tears in the skin. We stayed there from 7:36 a.m. until he was admitted to the ICU at 9:04 p.m. that night.

I went home to try and get some sleep at 9:26 p.m., but was woken up by his doctor’s call at 11:29 p.m., saying he was being rushed into emergency surgery. At 4:17 a.m., I was called again and told the surgery had been “eventful,” meaning my husband’s heart had stopped but he was resuscitated and put on a respirator even though his DNR order was plastered all over their charts.

My final call came at 8:45 a.m., just as I swallowed the last bite of my dry toast and was walking out the door to go to the hospital. They told me he had died at 8:29 a.m.

The rest of that day is a blur. I told my kids. One cried; one did not. I called a friend to come over and stay with us because that’s what everyone tells you to do. The phone rang a lot. I took a shower. The hospital had multiple people call me — social workers to help me grieve, clergy to help me pray, the medical research department to arrange for his body to be donated to science, and the billing office to ask about his insurance and why he wasn’t on Medicare, which would have paid them more. But frankly, I remembered very little of it until my Anniversary Reaction kicked in three years after the fact.

The thing about trauma and grief is that it doesn’t magically go away at a prescribed point. And in the meantime, it can lurk in the shadows with the capacity to bring you to your knees without warning. Which is precisely what happened to me.