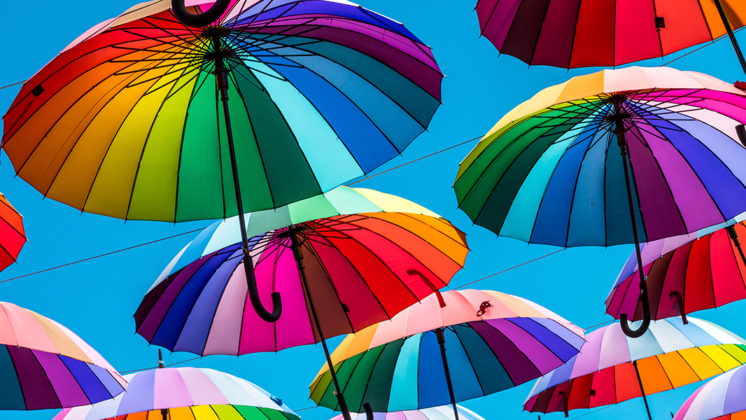 As a group, grandparents are growing in number and economic power, and their attitudes about their grandkids point to trends in society at large.

When it comes to sexuality and gender, this group is apparently becoming more open-minded.  Among many interesting features from a sprawling new AARP survey about grandparents is this: Almost 90% of grandparents said they would accept an LGBT grandchild.

When it comes to sexuality and gender, this group is apparently becoming more open-minded.

More precisely, 46% agreed and 42% strongly agreed with the statement, “If my grandchild came out as LGBT, I would accept him/her regardless.”

The Gay Star News noted that tidbit from data captured in the survey, which featured 2,654 grandparents ranging in age from 38 to 73 and above. The research was conducted largely online in August and September 2018, and published in April.

When it comes to concepts of gender, grandparents are more conservative in accepting the concept of non-binary identities (although contrary to Gay Star News’ report, they didn’t weigh in on whether that factor would affect their relationship with grandkids who identified as gender-fluid). Thirty-seven percent agreed or strongly agreed with the statement, “Gender is nonbinary,” while 54% disagreed or strongly disagreed.

The survey asks a wide assortment of questions and captures grandparents’ opinions on issues of race, gender, and sexual identity as well as how their relationships with their grandchildren are shaped by technology, finances, health, and proximity.

Check out a detailed description of the survey including the methodology, full range of questions asked, in-depth profiles of who participated in the survey, and summary of the findings as determined by the AARP.

The number of grandparents has risen 24% since 2001, from 54 million to 70 million (courtesy of AARP again) and by 2030, the U.S. Census Bureau projects that the number of older citizens(over 65) is expected to surpass the number of children(18 and under) for the first time in US history.

As the grandparent demographic grows in size and influence, keep an eye on how their familiarity and acceptance of LGBTQ issues impacts the values of the country as a whole.